The rise of Nietzschean conservatives 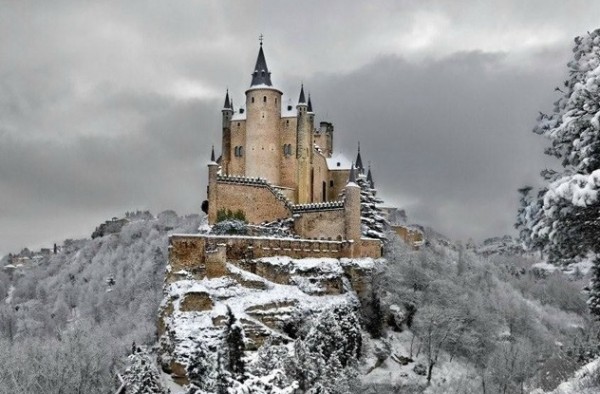 As democracy winds down in the West, many of us are facing an ugly truth that first reared its head in the 1800s: that democracy itself impedes conservatism.

Mainstream conservatives will not publicly approach this realization, but the core tenet of democracy is leadership by desire, not by reality. People vote for what they wish were true.

While the ashes cool in Baltimore and the latest news frenzy keeps us distracted so we can avoid noticing the systemic problems of Western civilization, many are wondering how the situation got so bad without anyone figuring it out.

The answer is simple: we voted for it.

By “we” I mean the largest plurality which could work itself into a frenzy over an issue. This is how democracy works: the simplest and most emotional concept unites a mob, they rage and expound and demand it, and then it gets passed. Everyone assumes the situation is decided and moves on.

In any sane democracy, every single law would be voted on every year with a simple question: Is this law achieving its aims?

When you speak to the average voter, it becomes clear that they focus on anything but this question. They talk about moral categories, such as how well-intentioned the law is, or how essential it is, or how it cannot be changed because people depend on it. Never do they look at it as a cause-effect principle that intends to achieve a goal.

The conservatives you see on the television earned the name “the stupid party” because their ideas are fundamentally paradoxical. They want a reality/accountability/responsibility-based (consequentialist) society with a transcendent focus, since if you understand reality, you have no need for the emotional distractions of ideology and go right to the need for meaning. The voters do not want this because distraction is always simpler and more emotionally comforting.

The situation can be revealed in this comical law of politics from Robert Conquest:

2. Any organization not explicitly right-wing sooner or later becomes left-wing.

This law succumbs to an easy attack, called (sensibly) “entryism” by neoreactionaries, which is that it is easy to dress up a liberal idea as a conservative one and declare it explicitly right-wing, then use it to subvert the rest of a right-wing movement.

The left wing will forever be more popular because it offers ideas that are easier to understand, since they require no knowledge of reality and its workings, and more emotionally satisfying, since they are both distraction and “social,” or consist of gift-giving to those who identify with victimhood. Every person in their under-confident, weak and uncontrolled moments succumbs to self-pity and in remembering those, they yield to this force.

Friedrich Nietzsche wrote about this process because he saw it first-hand. In the 1800s, he drove an ambulance in one of the early wars of the forces of democracy versus the rest of us. In it, he saw the process: liberalism appeals to the best of us first because they are reacting emotionally to problems in our society, and only later do they recognize it for what it is, which is a cynical power grab by those least competent to rule.

Conservatives have balked at this dividing line so far. They hope to ride the train of liberal popularity by endorsing the great illusion that desire can decide our problems. They also fear alienating the Christian segment of the right which sees Nietzsche as an atheist and blasphemer, since they have confused the name of what is holy with what is actually holy.

Like other dividing lines — nationalism, rejection of all socialism and need for social hierarchy — this decision separates the men from the boys. Boys still want to please their mother and their friends, maybe hope one of the girls in the class will let them kiss her if they do what she wants. Men realize that original sin was correct, and that without the intervention of discipline and focus the human being is nothing more than a monkey which can talk.

As mainstream conservatism is forced to confront issues like the ongoing failure of diversity, the corruption rising from the liberal state and its institutions, and the accelerating decline of Western Civilization, more conservatives will join the “underground” fringe of conservatism and take the path that Nietzsche did. Until that point, nothing said by conservatives in public will make any sense.