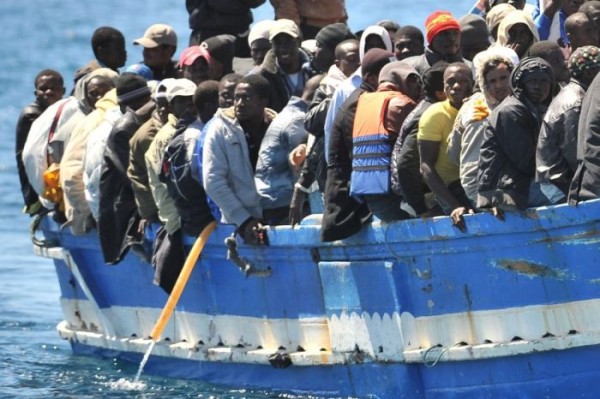 I admire your writing and eagerly read it whenever I can. You are the writer I wish I could be: clear, crisp, succinct and hard-hitting. Your insights are many and I have re-read them over the years to not only great appreciation but greater enjoyment.

I fear, however, that you are off-course on the following statement:

Perhaps if the media had not shrunk from reporting on the flash mob phenomenon and the related â€œknockout gameâ€â€”in which teenagers tried to knock out unsuspecting bystanders with a single sucker punchâ€”we might have made a modicum of progress in addressing or at least acknowledging the real cause of black violence: the breakdown of the family. A widely circulated video from yesterdayâ€™s mayhem shows a furious mother whacking her hoodie-encased son to prevent him from joining the mob. This tiger mom may well have the capacity to rein in her would-be vandal son. But the odds are against her. Try as they might, single mothers are generally overmatched in raising males. Boys need their fathers. But over 72 percent of black children are born to single-mother households today, three times the black illegitimacy rate when Daniel Patrick Moynihan wrote his prescient analysis of black family breakdown in 1965.

You are wrong in the best way, which is that you get so much right. Everything you say is true, but it is not the whole truth.

I was a witness to the LA riots in the 1990s. The behavior there was the same as in Baltimore: a half-hearted protest that quickly devolved into the dream of every liberal, which is a time when the rules do not apply and everything is free for the taking. Solipsistic people, of which liberals are a subset, do not realize that when the rules go away, they too are likely to be victims and stop enjoying the effects that rules are the causes of. They think it will be anarchy with grocery stores, with themselves at the top; in reality, it will be anarchy among burnt ruins, with liberals serving as tasty Eloi for the munching.

In those riots, the beating of Rodney King — who needed to be beaten to restrain him from continuing his trail of destruction across 50 miles of LA and two black-eyed ex-wives — served as the touchstone for days of rioting culminating mostly in the destruction of the neighborhoods in which predominantly African-Americans lived, much as the Baltimore riots will deprive the poorer residents of shoe stores, drug stores and liquor stores. A touchstone however is not a cause; it is a symbolic event that allows a crowd to organize and finalize its simplistic plan. The actual causes lay much deeper.

Before the IQ and HBD types hit me with a spittoon here let me say that yes, your facts are also true, but like Heather, you have missed the point. I do not deny you but I see your arguments as tangential.

Let me portray for you how it appears to be a minority in society:

You are a captured and defeated people. The wealth here and the laws that protect you are things you could not invent for yourselves. The leaders who do well are not of your people. You are protected by laws that are inherently condescending, and you face a Damoclean choice with police: either they treat you like children and let you get away with murder, which is infuriating, or they force you to obey the rules of the majority, which is humiliating. You face the same choice with personal behavior. You can have your culture and identity but forever be an outsider, a freak to the majority, or you can assimilate and appear to be something exactly as nasty as the term “oreo” implies, someone who gave up who they were to be an Uncle Tom. This applies to every minority in every country and it is why throughout history diversity has been a red flag of the failure of an empire, not its “strength” as our zombie-robot politicians claim.

There is no solution for this situation.

Yes, Heather and HBD types, you can chip away at the edges and talk about the black family and moving people into the middle class. But they will still be a conquered and defeated people, and they will still be seen as collaborators with the regime. In a diverse society, one group must be on top. If a majority decides to cede control, it must do so fully, and then will find itself resenting the other groups. Diversity is a mental trap, a quagmire of policy from which there is no escape. That is: there is no way to make it work, even if we implemented all of your ideas tomorrow with 100% efficiency.

I refer to this as a “second layer” of denial. The first layer of denial is what is publicly acceptable to say. The second layer is what becomes uncovered once one throws away the first layer. For American conservatives, the first layer has been the illusion that we are all the same and the only reason for disproportionate arrests is “racist” policing. We have now done away with that, and admitted a behavioral problem in many communities. But that layer may be denial too, where we are blaming an intermediate for a cause much removed. That cause is diversity itself.

As I have said for decades now, the problem with “race relations” in America is not African-Americans. Even if they do everything right and ascend to the average IQ and behavior of the Japanese or Finns, they will still be outsiders or cuckolds, depending on which of the Damoclean two paths diverging in a yellow wood that they take. There is no way for diversity to work. The only solution is separation, which I believe requires reparations and repatriation to native continents.

I realize that all of what I have said above cannot be said in your columns. You would lose your job. This is one of the reasons — other than the fact that you are the better writer — that I remain an underground blogger and you are in the headlines. I write this merely for your consideration because I know that you, like most who seek truth, will acknowledge it on some level and may be able to use it to see a brighter path for an otherwise moribund policy.

On stolen valor | The rise of Nietzschean conservatives