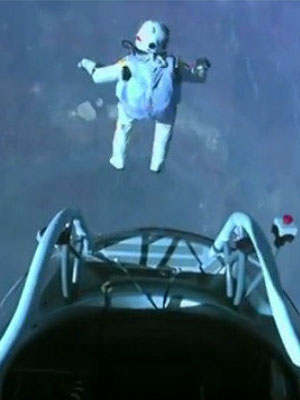 If other people can hear, you must speak the official Ideology because to not speak it is to insult it by implying that there is indeed another option. That is heresy.

Underneath every question, behind every glance, and inherent in each thought you have is the simple fact of Ideology: there is always a right answer and you must incorporate it.

Among other reasons, there’s a huge mob of people out there who are also inculcated in propaganda of the Ideology and they will reward you with $$$ and popularity for repeating the Ideology in new ways.

This is why Hollywood movies feature revolution themes, pop artists talk about equal rights, and commercials for motorcars use the language of equality. It’s not that they “care,” although that’s what they’d like you to think. It’s that they know there’s reward in repetition.

When the situation is uncertain or new, most people balk because they do not have a memorized response. The truly brilliant among us can extemporaneously improvise and find a way to apply the Ideology to the new situation. They are then rewarded.

If this makes modern life sound like an echo chamber, it is. Think like a philosopher: write down what is actually communicated in terms of values by all the media you see and hear, all the conversation you partake of, and other data around you.

You’ll find that almost all of it fits the Napoleon Dynamite formula. Brave misfits, oppressed by naturally stronger/smarter/prettier people, overcome their differences to band together and overthrow the oppressors. Flawless Crowd victory.

That’s the right answer, always hiding behind everything you see or hear. People are afraid, because they sense rather than can articulate that civilization is collapsing, and so they’ll pay through the nose to hear the Ideology again.

It may be a lie, but it’s a familiar one, and they’ll cling to it until forced to let go. Kicking and screaming they’ll rage, because what they hate more than anything else is the unknown.

Personally, I find the unknown to be liberating. So much of life is confined because options are foreclosed and spaces occupied by that which is needed by the Ideology. Imagine all of that burden, with its attendant guilt, false humility, boredom and duty — gone.

The right answer is only right in the short term. For now, people want to hear it. Soon however they will find themselves cast into the unknown. That is why the explorers of tomorrow, the true radicals, are already exploring that forgotten territory.

Like a fresh summer rain, discovering a new wing in a favorite building, or meeting an old friend in warmth, the unknown awaits. Cut free from the right answer, defy the stagnant tyrants of a dying world, and nourish your soul with adventure.

The tragedy of Nairobi is what we refuse to see | The Revolution has failed. Tear it down and start over.