The tragedy of Nairobi is what we refuse to see 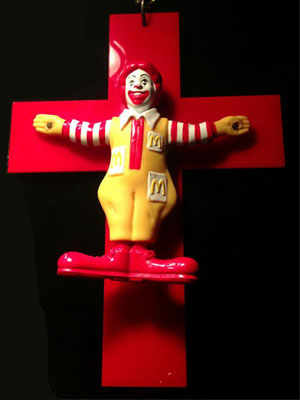 In the modern world there is a certain type of person who becomes “successful” by being unyielding. These, who generally work as program or project managers, specialize in reading the fine print and then expanding that definition to demand from others. They ride them hard.

Similarly our civilization rewards us for taking whatever interpretation of events is convenient for us, and then riding others hard to try to get them to conform to this vision. We see this as hard work, strong leadership and other good things.

The only problem is that this strategy refuses to admit obvious problems. The hard-nose manager demands a result, so everyone else hacks it together. The gadget doesn’t work well, but it works according to the fine print.

All of the West’s failures follow this pattern: there is an absolute public demand but under the surface, its many problems are revealed. From the corruption of our society to the failures of strategy in Viet Nam, to our gadgets that only work under optimal conditions.

Our latest failure of this nature concerns the terrorist attacks in Nairobi. If we had an honest bone in our collective body, we would admit that Samuel Huntington was right and that the “clash of civilizations” happens any time diverse ethnicities, religions and cultures meet.

It is my hypothesis that the fundamental source of conflict in this new world will not be primarily ideological or primarily economic. The great divisions among humankind and the dominating source of conflict will be cultural. Nation states will remain the most powerful actors in world affairs, but the principal conflicts of global politics will occur between nations and groups of different civilizations. The clash of civilizations will dominate global politics. The fault lines between civilizations will be the battle lines of the future. – “The Clash of Civilizations?” by Samuel P. Huntington

This is perfectly logical, when you think about it. If you have a belief or a bloodline, you either defend it or it gets assimilated by the average. Thus you differentiate yourself in language, religion and ethnic identity so you don’t get swallowed up by the crowd.

What’s happening in Nairobi is that “civilizations” — composed of different cultural groups, represented by cultural identity and ethnicity, by religion and language — are competing to see which can prevail. They either win, or are destroyed, and they know it.

A situation this dysfunctional can only exist when a greater dysfunction presides over it. In the West, our pretense — required for our industry and consumer lifestyle — is that all people are equal and all nations are arbitrary. We deny conflict because conflict is bad for business.

The truth is that our diversity mythos is failing just as much in Los Angeles and London as it is in Nairobi. This is because, logically, diversity cannot work. It hopes to make competing groups tolerate each other equally, which means that all are destroyed and reduced to a lowest common denominator.

Fattened consumerist citizens cowering in fear think that this guarantees “peace,” although history has never known such a condition. The armchair voters of the West would rather all ideas be destroyed so people can just-get-along. That way, their lifestyles aren’t disrupted.

As the bodies hit the floor, our media is going to either fan the flames to make us rage over this situation, or more likely ignore it. It doesn’t fit into our narrative where diversity is good and Muslims just need to get with the program.

And thus, like hard-nosed program managers, we will ignore the situation and perpetuate the conditions that caused it. While this looks good on our resumes for now, it guarantees that future conflicts will be even bloodier as frustration at our denial explodes.

The nature of collapse | The right answer