The Revolution has failed. Tear it down and start over. 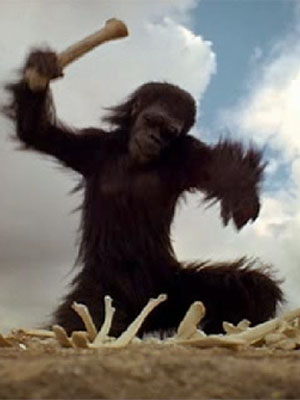 Around 1500 A.D. it became popular to think that we, the people, were oppressed by institutions like religion and kings, and if we just overthrew those, we’d reach a new Utopia.

Fast forward a half-millennium and it’s clear that not only is that not true, but also your society falls apart if you adopt these crazy ideas. What caused people to chase this crazy?

I’d suggest neurosis, or a confusion of cause and effect. It is always with us, and it’s why thinking used to be considered work. Then people came along who trivialized thinking and called it intellectualism, which is the process of looking at tiny correlations and deriving big metaphors from them.

The fact is that before neurosis, people thought in whole ways. They did not look at details; they looked at the whole. This isn’t big picture or little picture, but both at once. The details fit into the whole. The details were not presumed to be exceptions that debunked the rule and thus required analysis on their own.

Can you see what’s consistent about this thinking?

Whole-thinking does not favor the individual’s need to feel important. In it, we look at how everything fits together, not how one part impacts one person and how interesting that is (like spectators at a tragedy show). The neurosis is confusing the whole with that individual perspective.

This means the Revolution which culminated in 1789 has failed, and not because of external factors. It failed for internal reasons. Like the Edsel or reality television, it was simply a bad design. An unrealistic idea. An idea which didn’t even hold together.

We’re seeing it across the world now. People are currently in a panic because across the West, governments are in debt, ineffective and generally bungling everything. Even worse, citizens are in the grip of a mass delusion which makes them repeat “everyone is equal” like zombies again and again. They can’t think.

As a result, societies are dying not because of a single large factor like peak oil, global warming, war or technology making our jobs obsolete. Societies are dying because they’ve lost internal cohesion. People aren’t having kids. They aren’t doing much beyond the minimum. They are bored, lonely, angry and miserable.

All of this just shows the wisdom of our ancestors. “Liberalism is a dead path,” they said. It was mob rule, they pointed out. That won’t end well. But we tried it, and because disaster didn’t hit immediately, we thought we got away with it.

Two disastrous world wars and the global collapse of our political systems later, we’re starting to get the picture. Do your part — get out there and help tear it down. If it’s part of this social fabric, destroy it. Debunk it. Subvert it. Vandalize it. Overthrow it.

That which is our modern liberal democracy is poison to all that is good. If you love life, you love good things; if that’s true, you will realize that sometimes creation is destruction. This horrible old 1500s neurotic social order needs to burn and we can do it with just a little push where it’s weakest.

The right answer | National-Anarchism: A Reader edited by Troy Southgate