The nature of collapse 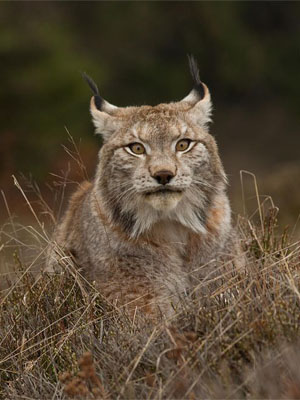 People love a good excuse for panic. It draws people together. Panic also lets us off the hook. When a natural disaster or great cataclysm occurs, it’s too big to attach to us as individuals. We all just shrug and blame something much bigger, like God, fate or the government.

Collapse is on many of our minds of late. The economy is bad and continues to get worse despite our efforts to counteract; no one’s government seems to be doing well, and the stench of panic is wafting through every part of life.

Many people will talk to you about the certainty of an external collapse. If it’s not the economy, it’s global warming; if not that, peak oil or peak plutonium, or perhaps the water and food wars. Guillaume Faye had the best read on this when he proclaimed a “convergence of catastrophes” that removed most of the wiggle room that has helped us survive in the past.

That’s one thread of people who think collapse is coming. We might call them “external” collapsists because they believe an external force will doom us. Then there’s people who believe our doom lies within. Both inside of us as a population, and inside each of us in the moral choices we make.

Internal collapsists are more on a Plato – Spengler axis, with a bit of Jack London thrown in. We know that when societies no longer have anything in common, they turn on each other, and that this life cycle repeats through the centuries when people forget to actively counteract it.

The Jack London part is the interesting part. This is the moral sense of the collapsist. We know that certain things are required for civilization. If people don’t do them, consequences follow. This idea is radical in every end stage civilization where people are so bloated with social pressures and wealth they assume nothing has consequences.

People get masochistic about this. Their lives are like bubbles floating above the cities, where nothing really changes and thus, nothing really has any impact. They’re spoiled, but they’re bored. With boredom comes a sense of ineffectiveness and futility. It makes us hate ourselves.

Imagine your standard modern person. He lives alone, except when he can pull a bird at the pub. He goes to his paint-by-numbers job and does fifteen minutes of real work a week. The rest is filling out forms, shaking hands and going to meetings. Compliance paperwork.

For the first ten years of adulthood, he thought he was fooling someone when he went off to the pub and got blasted. He thought he made a difference. But Monday came just the same, and there were never enough sick days. Soon the message came through: he was trapped.

Since then, life has worn him down like water pouring on stone. His shoulders hunch, his belly pouches. He eats bad food, drinks too much, takes drugs when he can. Even sex is joyless, a process of conquest that’s more a “screw you” to anyone who doubts his relevance, than sex itself. It’s closer to rape, justifying his virility as every other factor says he has none.

Men living this kind of life become sick in a deep and pervasive way. They may even get married, have families and succeed at their careers and retire wealthy. But the Jack London morality comes back. They’ve never accomplished what they really needed to in life, which is what makes them feel masculine.

This afflicts women too. When you are surrounded by problems, and you can fix none of them, stress wears you down. The temptation is to declare the problems aren’t problems, and go back to being “happy.” But then you can’t respect yourself at all. So the grind continues.

The modern person is cut off from any sense of actual power because nothing can be fixed. Society is dedicated to the individual and so there can’t be any problem on the personal level. The problem is that a society of peasants acting as kings is a miserable, functionary, drab place. People hate it with good reason.

If you want to know the origin of collapse, it’s in this sensation. There are no more mountains left to climb. Not only that, but there are many tiny rules to adhere to, many tiny tasks to attend to, and no consciousness left undivided. The brain is active, but it’s being fed tedious feces of the worst variety. It drives people mad.

Eventually this madness makes them turn on their civilization. They become actively hateful and destructive, toward the children and coworkers and random people on the street. They are passive about it to avoid getting caught and destroyed, but they sabotage, subvert, undermine, poison, ruin and mangle wherever they go.

As you can imagine, this creates a miserable fraternity of people covertly trying to do each other in while appearing to be smiley happy New Age success stories who mountain bike on weekends, make artisanal cream cheese and yet have fulfilling careers and model families. The ego struggles to stay above water.

What we’ve targeted on this blog is the step before the moment of helplessness. Our message is simple: you are not helpless. All of our problems as a species can be easily fixed. It takes mental clarity and some applied effort, but it can be done with less work and pain than it will take to not do it.

This outlook outrages many people. They have their pet theories about how the Jews did us in, the Negro is stealing our nail polish, or how evil bankers have ruined our civilization. They miss the point. Our civilization ruined itself through boredom, pandering to the individualism of the raging ego, and general internal decay and disorganization.

With that in mind, our task is simple. We either fix it, or let it keep getting worse. We’re not here to tell you which to pick. We’re here to tell you that there’s an option to failure and frustration, to misery and bitterness, and that it’s easier than you thought.