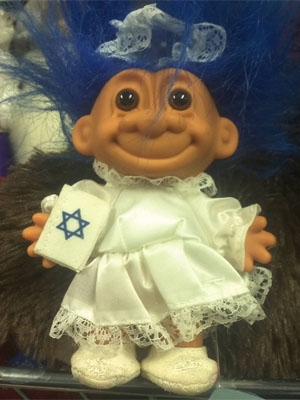 The most tenacious enemies are the deceptive ones. These do not walk straight up to you and slug you; they work behind the scenes, invisibly, and not only subvert you, but corrupt the image of what you are doing. They taint and destroy your work’s effectiveness before the work is even done.

The best of them will even pretend to be your friend and ally.

Although the behavior is complex, the strategy is simple. They are able to both distract you, and by misrepresenting your message, corrupt it. To you, they may appear to be only incompetent, but to others, they have become the public face of what you hope to popularize.

For example, if you run a fast food restaurant that competes with my family’s restaurant, I might take a job at your restaurant. Then I might wear my uniform out in the world, and demonstrate incompetence. Or hauling away roadkill. Or just be rude. Either way, I damage you with no real risk to myself.

In politics, your worst enemies are often your closest allies. Frenemies abound. They want to be part of what you’re doing, but use it for their own ends, or sabotage it so that you don’t succeed. This may be innocent, or incompetent, or the result of ambivalence on their part. It doesn’t require conscious intent.

As a conservative, you are sandwiched between two such groups. One group are the mainstream conservatives who think “freedom” and economics will solve all our problems. The other extreme are the underground groups who think that blaming Jewish people and black people for the problems of diversity will solve something.

The former group is what occurs when social acceptance becomes more important than reality. They have not picked a solution, but by limiting what they look at to what is socially acceptable, have found a talking point that they can pitch around in polite society, on TV and so on.

The latter group however is where the real poison is. They are almost entirely run by the opposition, that is people who want to see leftism triumph, or by people who don’t realize that they are leftists. For example, blaming external groups for an internal problem — white liberalism — is a liberal trait.

In addition, you’ll find that both of these groups are based on a singular principle: equality and freedom. These are related concepts because equality demands “freedom” from oversight, judgment, common sense, logic, higher principles and so on.

Neither group is willing to accept what we must see:

Liberalism is a natural tendency of humankind.

Like other natural tendencies, such as alcoholism and procrastination, it will destroy us if it grows enough.

Diversity is a side-effect of liberalism. Liberals want diversity so that there is no majority. Without a majority, there is no standard. Then, the individual is free to do whatever they want without oversight.

If some group of demonic parasites invades your society — and this is not to agree with the characterization of Jewish people along these lines — then the problem is not the parasite, but the lack of underlying health. Why is your society so receptive to parasites?

The solution is not to crusade after proximate causes, like intruding foreigners, but to target the ideas. Diversity itself is a paradoxical and non-functional idea. So is liberalism. So, interestingly, is the ego-mania behind freedom, equality and racial hatred.

We lose when we crusade for emotionally-satisfying but incorrect objectives. Such as targeting the wrong cause.

We win when we target the right cause, and fix it.

Time to ask yourself: whose side are you on? You either want to fix the problem, or you’re part of the problem.

You can trick yourself up in the ornamentation of pretense, and call us “neocons” for not talking about The Jewish Question or The Negro Question. You can get huffy and righteous that we dare intrude on the individualism of freedom and the Ron Paul economy that magically solves all problems.

But the fact is, you’re just putting layers of irrelevant stuff on top of the real question. We need to fix our errors, and restore health. Everything else is just chatter that benefits our opposition.