The Myth of Human Rationality 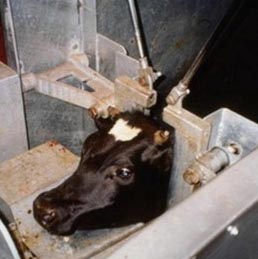 As a species, we like to think we make rational decisions. More likely is that we pick comforting mental images and demand them from the world, then invent backward rationalizations for our actions and their unintended consequences.

Whenever you’re on a project and things go wrong for you, it makes sense to stop what you’re doing and re-trace your steps.

As part of that, you’re going to eventually question the assumptions you made in approaching the project.

With the demise of the 20th century, we saw some of the roughest times for humanity fade away — except they’re still here.

The last 100 years has been a time of the most radical change since humanity’s inception, for us. We’ve had some great heights (air travel, space flight, DNA, digital computing) and also some great lows (two world wars, genocides, dumbing down of culture).

Although the signs are still faint, there’s evidence that our future may run into trouble. Particularly, there’s the troubling convergence of these factors:

Some uninformed people will tell you that “slippery slope” arguments, or the idea that letting one thing slide leads to more things sliding, are a logical fallacy. To my mind it’s more accurate to say that slippery slope arguments are often misapplied.

One area they’re not is increase. When laws requiring us to wear seatbelts were passed, we were told they were not going to be used as an excuse to pull over motorists and profit by ticketing them. Can anyone claim that’s the case anymore?

Our population increases. Our economies increase. Each time we legalize some oddity, for example medical marijuana, the onrush of people forces the policy to expand even more. Soon we’re on that slippery slope.

This blog exists to question an important myth, which is that we are rational as a species. We are not — mainly because it’s unclear if we’re (a) in charge of ourselves, in any meaningful sense and (b) actually intending the results of our actions.

To an informed observer, it seems more likely that we are reacting to changes in our reality, and striking back against it monkey-style with assertions of what we’d like to believe. Then to make ourselves sound competent, we invent as many rational reasons (“justification,” “rationalization”) as we can — thinking backward from effect to cause.

I’m going to tackle a series of our big myths, starting in this post with the myth of our rationality itself. But you can look forward to me tackling:

Let the blood of sacred cows renew the grass beneath our feet which, we are surprised to find, exists independent of our conscious minds.