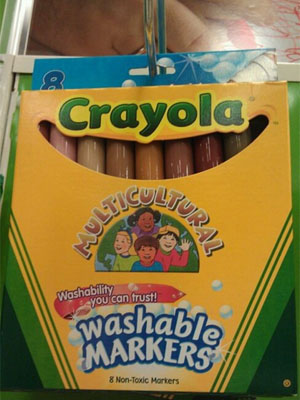 As mentioned in a previous blog post, the last 60 years of politics against nationalism are being undone by the people in whose name nationalism was demonized.

Jews in Israel are realizing that like other first-world populations, they have produced a comfortable nation, and now just about everyone else on earth wants to sneak in and set up shop to partake of the wealth. (These people haven’t yet learned that wealth is created, not found. This is in part why they have none in the first place.)

When that happens, these foreigners move into your land and quickly set up shop. They prosper from your wealth and soon outnumber you. At that point, they either gain power through democratic means, or outright seize it. In the process, they interbreed with your people. This means you are no longer what you were. In fact, you’re now a hybrid. The original is gone forever, much like it would be in a genocide.

Under a nationalist order, which was the popular way of doing things until 1945 or so, one nation meant one group by culture, language, heritage and values. Heritage included race, and ethnic group. Thus Germany was for Germans, Israel for Jews, Ethiopia for Ethiopians and Thailand for the Thai. This both protected each unique ethnic group, and also maintained an order that government could not hope to achieve.

With agreement in culture, parity in abilities which are heritable and constitute heritage, and thus shared values and direction, civilizations simply did not need as much government. Everyone did what they needed to in roughly similar ways. The sense of group identity, and the pairing of that identity with values and heritage, meant that a sense of cooperation prevailed over the individualism. People were still individuals, but expressed it through achievement and moral decision-making and not in the surface adornments of possessions, outlandish behavior and bangles like trophy wives and families and adopted political viewpoints.

After almost seventy years of denying nationalism, the government of Israel — an ethnostate created to preserve the Jewish heritage, religion and culture — has affirmed nationalism by ejecting its immigrants and refusing to cater to the Palestinian majority, who with their higher rate of breeding will displace the Jewish people in their own homeland within another five decades.

In the last few weeks, Israeli authorities have shown similar resolve in deporting Africans, who have been sneaking into the country in ever-increasing numbers. With a boldness that every Western country should imitate, the Israelis have mandated expulsion for the explicit purpose of keeping their country Jewish — even for keeping it white. Once the government made up its mind that the Africans had to go, it went into action very quickly.

…There is, to be sure, a cruel double standard. Any American or European who wants an ethnostate of his own is a frothing bigot, whereas Israelis who want the same thing are heroes in their own country and respectable statesmen here. It is entirely understandable that American patriots should be angry about the double standard, but it is more useful to laud the Israeli example than to complain about it. The Israeli government is doing exactly what we would like our government to do. We should point to Israel as a model and encourage our rulers to copy it rather than grouse about others getting away with things we can’t do. We should celebrate this Israeli policy just as we would a similar outbreak of sanity in Canada or Australia. – American Renaissance

Israel has realized that this is a question of genocide.

Immigration is genocide. There are more immigrants than there are people in the first world, and if some come, others will rise up to replace them in their native lands as people reproduce more to ensure a steady supply of workers. The first world will be overrun by people “seeking a better life,” at which point its economies will collapse, then it will politically collapse, and finally it will dissolve into anarchy and criminality as its people starve.

If your nation exists, it should have a purpose. That includes the protection of your people, who are unique and easily destroyed. Viewing the task as one of economics or politics misses the point: this is not an optional issue that can be fiddled with to buy votes or jack up the taxpayer population. It’s a question of exterminating yourselves.

Europe is finally waking up and beginning to follow the European model. The United States will not be far behind. The reason is that these nations are recognizing that multiculturalism produces a do-nothing society where no one has anything in common, and resent their society for that, thus tend to riot, rape, loot, vandalize, assault and steal. The result is a path to a postmodern dystopia: unruly grey cultureless people ruled by a strong police state which also functions as permanent in loco parentis for people too disassociative to figure out the means of their own survival.

Even European leftist parties are snorting themselves to consciousness and declaring that the great multiculturalism experiment is over:

For too long we assumed those who worried about immigration were stuck in the past â€” unrealistic about how things could be different, even prejudiced.

Britain was experiencing the largest peacetime migration in recent history partly because of global factors like the lower cost of travel but also because the last Labour government severely underestimated the numbers who would come here when the EU expanded.

We were too dazzled by globalisation’s impact on growth and too sanguine about its price. We lost sight of who was benefiting and the people being squeezed in the middle who were losing out. And, to them, Labour was too quick to say: “Like it or lump it.” – VDARE

Multiculturalism, also known by its 1780s-1920s name of internationalism, is part of the leftist drive for absolute equality. The individual alone should be important, and no border should restrain him. Like Communism, a nice plan in the idealized space of “logic” that inhabits idle minds.

Back in the land of thinking about all of the consequences of an event, and not just how pleasing it is as a social meme or talking point, people are realizing that multiculturalism does not work. It’s not just this recession; it’s that societies are falling apart wherever it is tried, and the promise of making life better for (a) European-descended peoples and (b) immigrants has for the most part not materialized.

Instead, what we’re seeing is a destruction of indigenous populations and their replacement with a known quantity. This known quantity is not some adventurous, interesting and genius new race of humankind, but the same old mishmash of people without culture or heritage that we find in most third-world states.

Now that the ice has been broken by the very people our rabid anti-internationalism was designed to protect, expect a domino effect of other countries demanding the same privilege. They’re not doing it from ideology, but from practicality. Their only other option is self-destruction.

A normal life | The self-destructive society