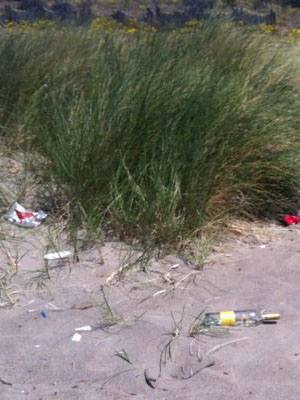 Societies tend to have a life cycle that moves from impoverished struggle with a clear purpose to wealth without a clear purpose, followed by a long slow destruction.

What makes societies self-destructive? It’s as if they get through the hard times to the good times, and then bloat up and become self-pitying, and thus splash money around but stop achieving, and then decay like an abandoned building rotting from within.

Blaming wealth alone is tempting. We have all probably been lucky enough to experience the sense of relief and disinterest that occurs when there’s enough money in the bank and food in the fridge. There’s just less of an impetus than when we’re starving and broke.

The researchers argue that because wealth allows people to experience the best that life has to offer, it ultimately undermines their ability to savor lifeâ€™s little pleasures. Once weâ€™ve had the opportunity to drink the finest French wines, fly in a private jet, eat foie gras with edible gold leaf, and watch the Super Bowl from a box seat, coffee at Starbucks with a friend, a sunny day after a week of rain, or an unexpected Reeseâ€™s peanut butter cup on our desks just doesn’t provide the same jolt of happiness it used to. Indeed, a landmark study of lottery winners showed just that: People who had won between $50,000 and $1,000,000 (in 1970s dollars) were less impressed by lifeâ€™s simple pleasures than people who experienced no such windfall. – Scientific American

However wealth alone makes a bad candidate because the decay includes decisions that have nothing to do with happiness, like functional design choices about how we repair and update our civilization and its infrastructure. Perhaps people are so depressed that they lose cognitive ability, but more likely there’s another reason for their lack of focus.

A more likely scapegoat is the loss of goal itself. Like a family starting out, a new civilization is hungry and desperate. As a result, it tends to be efficient, and closely bind its members not to each other but to a goal they share, which has the added side benefit of binding them to each other.

People work together toward a goal and when they look back over their lives, they can say that the choice itself defined them. They made their stand, and it made all the difference.

Without this, society becomes a process of servitude (for money) and control (when you have money). This is why people can go from their jobs where they got abused all day to a store, and abuse the people there.

Another theory suggests that this common goal may get us past a conflict as old as humanity, which is tension between the individual and the group:

Probably at this point, during the habiline period, a conflict ensued between individual-level selection, with individuals competing with other individuals in the same group, versus group-level selection, with competition among groups. The latter force promoted altruism and cooperation among all the group members. It led to group-wide morality and a sense of conscience and honor. The competitor between the two forces can be succinctly expressed as follows: within groups selfish individuals beat altruistic individuals, but groups of altruists beat groups of selfish individuals. Or, risking oversimplification, individual selection promoted sin, while group selection promoted virtue. – New York Times

Without some transcendent goal like this, all that is left are material goals. Politics then becomes a science of pleasing the most people with rewards for them, at the expense of the whole. People pull apart from each other because there is no shared direction. Society becomes wracked by distrust and paranoia.

For a civilization to be healthy, it needs a goal that is more important than material things or making other people happy (social esteem). It requires that everyone set their individualism on hold, but instead of having the group rule them with its needs, they think of society as a whole tied together by its need to achieve this goal.

We call this kind of thinking “transcendent” because it allows us to transcend the daily concerns and focus on ideals, values and identity. With it, we can work together without feeling taken advantage of. Without it, we don’t work together except when forced or bribed.

Wealth seems to be what destroys civilizations, but it may be the lack of a non-material goal itself. Wealth is just one of the many consequences, none of which can serve as a successful surrogate for having a reason to cooperate.

A society with a reason to cooperate is a less miserable place. People have higher things to think about than what irritates, annoys and upsets them. They have a reason to think their sacrifice of time and effort was worthwhile. They have an identity, a shared faith in what they and their fellow citizens are doing.

Most importantly, this removes the non-functional drama of endless scrabbling for political and economic control, and allows people to focus instead on finding a role of beauty and grace in their own lives.

When we think about, finding that role is more important than wealth or even happiness itself. But oddly, being able to give yourself over to beauty can lead to a greater happiness than wealth, power, control and all the other fake forms of enjoyment that we can peddle.

The Israeli revolution | You Suffer (But Why?)