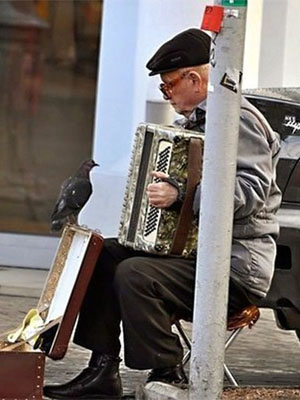 The greatest gift to any person is impossible to buy and very hard to attain, although it can be done with hard work. That gift is the gift of a normal life.

As our modern minds are conditioned to point out, “normal” changes with context. Normal for a war zone is collecting shell casings to trade for live ammunition. Normal in the suburbs is casseroles and board meetings. Normal in 1950 is not normal in 2012.

But that is, like so many things that we are told, self-serving for the teller. A sense of what normal ought to be is a threat to those who want to lower the standard, possibly to sell us an “edgy” lifestyle that comes at a lower cost. In fact, a true normal in which people found contentment would be a sad investment indeed, since products would have to compete on quality and not trendiness.

Normal could be seen as a description of an ideal that is not a peak, but a middle. Instead of being rich or poor, one has enough to do everything well, and then a little more for hobbies like astronomy or music. It could also be a description of the environment in which one grows.

For example, since most species have maternal and paternal units raising the young, it would involve a nuclear family with two parents of opposite genders. These parents would be intelligent and gentle people; not perfect, but not “flawed” in that trendy way that serves to obscure moral laziness.

They would live in a normal house, not too big, not too stylish, but not small or ugly either. They would live in a normal city or town, in a normal suburb or city block, surrounded by well-adjusted people. For a real normal, these people would be roughly like them in age, intellect, caste, class, heritage, culture, values and language. Their neighborhood would not have extreme crime, but as a constant reminder of why one lives honestly, would have its resident criminals, layabouts, grifters and con-men to pray on the unwary, but only a certain number of them, kept in check by its normal police force which is not overzealous nor excessive sensitive.

A normal town or city would be semi-idyllic only because of its stability. It would not be seen as the coolest place in the world, or the wealthiest, but it wouldn’t be the opposite either. It would be a normal place, where normal people gathered to have families and careers and feel well-adjusted. It would have its share of ugly buildings along with the nice-looking ones, so that the nice-looking ones really stood out in the minds of those who saw them. It would not be paradise, but not an infernal wasteland, either.

The kids would go to a normal school where they would not stand out for anything. Their parents would not be celebrities, but neither would they be downtrodden nobodies. Just average generic folk with about the same jobs, hobbies, and so on that you’d expect. They would not be wealthy, nor poor. They would not have every toy they wanted, but nor would they go without the things they really needed. No one would know them by their last names except as a personal connection to the parent.

The kids would go through a normal life cycle. Born, they would be raised by loving parents, go through the usual learning experiences and then come out stronger. They would go to school, go to college, find careers and fall in love, then have families. They might never do anything exceptional. But they would have normalcy.

Normalcy is a product of normal people, which are those who intend to be normal because it is a life in harmony with nature and self. They have no need for extremes, but prefer a middle path. Not too radical, not too inflexible. Not too much, not too little. Normal means balance, an adaptation to an environment with some grace, but without losing sight of the bottom line. Normal means finding a middling version of the life you would find ideal, and then realizing that the lack of an ideal (a peak) or a threat (a valley) means that you’re on level ground.

Money cannot buy a normal life. If you are wealthy, your name comes tainted with dollar signs. You cannot buy your way into anonymity, and become just another person on an average block in Anywhere, USA. If you are famous the same thing applies. If you are powerful, you would not leave yourself so exposed. You cannot again fit into the fabric of normal life. In fact, normalcy is not a buying decision at all, but a series of decisions: the smaller city, the less-trendy suburb, the average house, the small talk at parties and used Buick in the garage.

To our modern television-instructed minds, the first impulse that explodes out of the mouth is to say, “But isn’t that boring?” Why, yes, on the surface it is. A generic horde of generic people. But this is part of the genius of normalcy. On the surface, there is no variation. This removes all of the parts of life that are essentially distractions. Do you really care that much about being trendy? Having an important-looking car? Buying the right TV?

Normalcy removes the burden of trying to make life interesting through its least interesting attributes. Instead, it provides a stable platform on which we can face the great moral challenge of life itself, which is to find a place for ourselves. We need to feel that what we do is useful, reverent to nature and god and ourselves, and gives us a sense of fulfillment so we can get to know ourselves in the time we have alive.

If we distract ourselves with the drama of life itself and attempt to find meaning in our “different” and “unique” approaches, we are backing away from the larger questions in favor of the smaller. The larger questions are what truly forge our personalities in the moral decisions we make. Normalcy is the environment that nurtures us and encourages us to make these decisions, instead of backing away like so many callow hipsters in the mist.

You’re the victim | The Israeli revolution