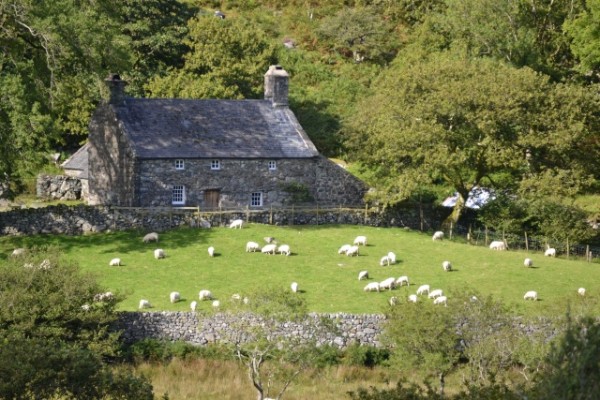 Every sheep secretly thinks he is a lion. For that reason, we overstate our contributions and under-estimate how much we depend on those around us. This mentality is similar to that of scapegoating, in which we assume that our intent was right and any failure must have come from external forces.

The Individualist Fallacy falls into the same pocket. Specifically, it holds that the individual is or does not need civilization, while living within civilization. This can be seen in the rebellious types who want “anarchy with grocery stores,” libertarians, and many conservative Christians and conservatives, including fairly underground types.

There are three main areas of the Individualist Fallacy:

That the individual can do what is right, and associate with others like him, and this solves the problem of civilization downfall.

This version of the fallacy mainly affects mainstream conservatives. Their idea is, based in part in Christianity and in equal part in economic liberalism, that society is comprised of individuals and that each individual has responsibility to do what is right, and then things will end for the best. This makes sense at first because it parallels Social Darwinism, with the idea that the most adapted — raising happy families, maintaining wealth and health and moral standards — will outproduce the rest. It fails to take into account however that the others will reproduce more thanks to the efforts of society and, that in civilization, other factors exist than for isolated families in the wild. The responsible will end up paying for the rest and the rest will use their greater power in numbers to parasitize and eventually destroy the responsible. This version of the fallacy is most frequently heard from baby boomers who just want to die before their children inherit the utter ruin the boomers made of the West.

On the left, this version of the fallacy mutates into the idea that everyone is good and we will all survive together and somehow, magically, the choices that exist for you today — or back in 1965 when the boomers were young — will be there for you in the future. One would have to be blind to the current state of Brazil, the history of the French Revolution or Soviet Union, and human nature to believe this. Choices and opportunities change as society does, and whatever is tolerated proliferates, so that those people who are doing bad things eventually outnumber the rest. Again, this type of reasoning serves as an excuse and justification — backward-looking, inverted thinking — than forward-looking, planning-type analysis. People just want an easy answer that allows them to “keep on truckin'” without having to “rock the boat.”

That rules which affect society at large do not affect the individual, and therefore that the individual has no right to object to rights or privileges granted others.

Mostly on the left, this version of the fallacy goes like this: how dare you oppose someone else doing what they want, such as gay marriage or legal marijuana, because it is an individual choice and affects only them? Any sensible and experienced person will interject here with the observation that nothing affects only the individual. Gay marriage for example sets a new lower boundary for permissiveness in society and changes the nature of marriage from “mature, get married and have a family” to “date recklessly, and when your current significant other needs health care, go perform a trivial civil ceremony.” The children after gay marriage have lost the sanctity and purpose of marriage. Similarly with legal marijuana, a social value is changed — and a market is created. Now children will be surrounded with the paraphernalia, behavior and lifestyle behavior of those who are using drugs. With one drug legal, others become acceptable. Even more, society embraces a type of thinking that it has firm reasons to oppose. Every individual “right” in turn forces the normalization of that right on others, and deprives those others of their right to a society of their choice. The liberal will fire back that they can have that at home, which is fine if they and their families never leave that home and will not be interfered with there. In reality, it means that they are attacked passive-aggressively by society — passive aggression is a form of the “begging the question” fallacy where one party assumes as behavior is right in order to challenge others with it, then play the victim when they are not approving — and forced to either submit to the new order which goes against their conscience and wisdom, or become targeted as a potential pariah for ostracism.

This version of the fallacy has found popularity with the Internet-style Libertarians who believe that, since they exist only in their apartments and jobs, everyone else should do the same. In their view, the enemy is Statists who are collectivists, which means they believe all money should be pooled and used to support all people. They are correct in recognizing that this is insanity, but incorrect in that they forget that society itself is a collective enterprise. In it, we all do things which do not benefit ourselves directly but because they benefit everyone, serve to increase the value and utility of life in that society. This denies the leftist impulse which is to create “equality” by penalizing the successful to subsidize the unsuccessful — zero historical counter-examples exist — which involves paying benefits to specific groups which are smaller than the whole or even the majority, thus “minorities.” The problem with this version of the fallacy is that it denies the simple formula collectivism = individualism. Collectivism is individualism in a group context where individuals join together to form a large group that uses the superior numbers of that group to demand that individualism — no higher purpose than self-gratification — to become the law of the land. This irrevocably changes society. While a libertarian system seems to oppose this, what it really does is create a society based on individualism which will inevitably turn toward “collectivism” as a plurality of people emerge who, exhausted of no purpose except self-interest, will support it.

Hope you enjoyed our brief tour of one of the most common fallacies today and its three common variants. You will see these regularly and expressed fervently, but like almost all of human thought, they are signals, distractions and rationalizations to allow that individual to both (a) continue to live life as they have been, for individual comfort a.k.a. “bourgeois values” and (b) feel justified and in fact morally good about doing so. Illusion is an easier sell than reality.

NPI conference Become Who We Are: The Identity and Spirit of Our People, October 31, 2015 | Passive aggression is mean-spiritedness