The importance of imagination 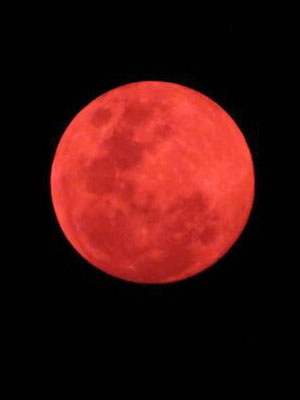 Pathology is the enemy of humankind. When we encounter similar circumstances, we project our own past experience into the equation and thus are acting pathologically, or repeating the same action and expecting different outcomes. There is no intervention of thought.

The problem is that for most people the thought intervention required is too risky. Imagination helps us see outside of the world of pathology, and to what “might be” or even surely is, despite not being our personal pathology or a trend accepted by our social group.

It is risky, however. With pathological behavior, you have a social excuse: you’re doing what everyone else did, it just didn’t work out for you “by evil magic” or some other mystery. When you act in ways that others don’t expect, they tend to attribute the failing to you as a moral or social being.

Imagination however is how we solved all our problems. Long ago, in a cave somewhere, the prevailing social wisdom was to have more animal skins so you could stay warm in winter. One dreamer was certain instead that more wood was needed, and they thought him crazy — for a time.

Our modern dilemma requires if nothing else imagination. It’s a troubling problem because “technically,” there is no problem. We have technology and wealth, and now the UN and liberal democracy are going to make everyone have a happy place in our adorable, well-intentioned brave new world.

Underneath the skin, problems ferment that are — like all deferred things — going to be worse in consequence than the original ills they propose to avoid. In the name of stopping war and liberating our citizens, we have turned ourselves into zombies who operate on hidden resentments and desires.

This produces a world so hateful that people drink constantly and get a sexual rush when people talk about the apocalypse. There’s no reason to criticize it! Wealth and liberation, again. And yet it is insufferable, constrains the spirit, and even if we can’t articulate this, it makes us mad.

Wander through a modern city and you will find you are in a maze of secrets. Some beat their wives; some act out kinks in the back-alley clubs; others take drugs; many beat or rape their kids. Almost everyone is acting out something because they need an escape valve for the stress of living in the madness.

Few public voices articulate how mad it is because doing so requires imagination, and leaves them open to critique. After all, we still have the internet and easy jobs with lots of money. But our souls are unaddressed, and that’s the new version of the animal skins debacle.

While others are entrenched in their caves collecting as many skins as possible, the thinkers of tomorrow are looking for a new kind of fire. A fire of the soul, and of the parts of the mind that don’t work in narrow categorical methods only. A fire of imagination.