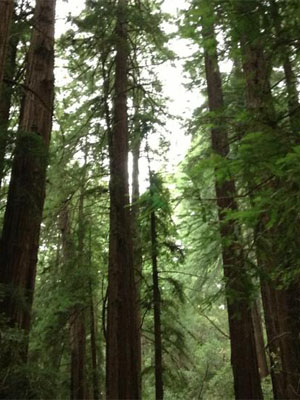 One of the many problems of living in a society dominated by socialization, where social popularity and social trends dominate clear thought, is that you end up alienated from what you actually want.

Usually what you desire out of life is simple and relatively universal, at least to people like you (heritage, caste, geography, experience). It’s only after years of other people’s chatter that you forget, because the truth is buried under tangential statements made by people who are trying to appear wise, unique, witty, experienced, etc.

But when you drill down, the thought is still there. Buried underneath the parts of you that are extroverted, that socialize, that assess what’s a smart move and what isn’t, and that memorize memes and conventions, there’s gut instinct. Intuition. Your inner self, or even soul.

People who are unsure of themselves find that the sort of thing we write here at Amerika.org threatens them, and so they retaliate with homilies. One is the old well-what-do-you-want-instead, which is a trap because they’re asking you to summarize a book’s worth of information in a conversational line. Once you say anything, they pounce, and try to pass it off as an argument.

What do I want instead? Let me be clear: I want a fairytale. I want rolling meadows with deep forests that get scary when you’re too far from home (scary forests are necessary for adventures like hot defines cold). I want wholesome people, living for a vision of life as a golden offering. I want girls and boys growing up, falling in love, and having abundant healthy families.

Some might say this is a fairytale. Or that it’s too Mayberry for this world at least. But it isn’t. It’s the default order of humankind, before we let all those social neuroses, individualist verbal stunts, memes and other crowd groupthink to cruft up our brains and make us zombies.

What does the crowd want? It doesn’t know, mainly because all of its values are negative. It wants freedom — from what? Equality — in contrast to what? Tolerance — from which standard? Their speech is incoherent and their goals haphazard because they know nothing other than a formless emotion of revenge on those who actually have found balance in life.

When a Crowdist (all liberals are Crowdists, but not all Crowdists are liberals) sees a fairytale or Mayberry, they have one impulse: smash it. Shoot the Romanov children, guillotine the golden babies of the aristocracy, gun down the intellectuals in Cambodian fields, and make everything gray. Every liberal revolution ends the same way. Gray, utilitarian, and bursting with hatred for any that rise above.

In the heart of the Crowdist is the sickening notion that there is no fairytale for them. Not because life the abundant wouldn’t gift it to them, but that if they found it, they’d screw it up. Somehow, they’d bungle it, clown it up, wreck it. So instead they want it to burn so they aren’t tormented with what they might have, if they trusted themselves.

In the meantime, there are others of us who like to make fairytales wherever we go. We strip away the layers of non sequitur and trend-meme, the encrusted socialization and the calcified methods of power, and discover instead good values. Golden like a harvest sun. Based in a love not for things, and not using people as things, but for life itself. A reverent, awe-inspiring, boundless love.

We want our sisters to grow up as elegant and honorable people, to meet someone like that, to fall in love and get married, then to end up at some happy home somewhere bursting with children, pets, and hopefully fruit pies. We want our parents to grow old surrounded by beauty and a sense of accomplishment. We want our brothers to be noble, strong, brave, handsome and gentle. We believe that life creates goodness.

Others will not share this vision. They see the fairytale as a simplistic positive spin, akin to censorship, on a world that must be ugly, crass and irate in order to be “deep” and interesting in coffeehouse conversation. But they are mistaken. That mottled and antiquated surface is the skin of their souls, and as it hardens, it becomes a jail.

The Caucasian retroviral of “Breaking Bad” | The importance of imagination