The frog, the Scorpion, and the Future of the West 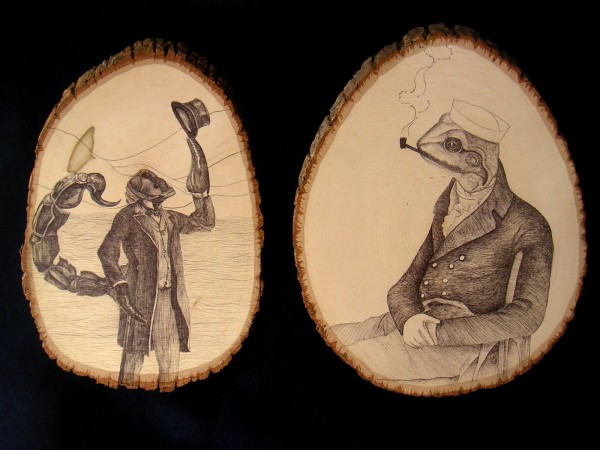 Once upon a time, we taught our children allegorical stories that illustrated important aspects of human nature and the way the world works. Â These days the very concept of human nature is declared hateful, and so a child in the public education system in the West is much more likely to hear the story of Billy has Two and a Half Dads (the Third Parent Identifies as Half-Male, Shitlord!) than anything Aesop.

Hang on, itâ€™s 2016. Â Trans-parenting is old news, and a little bit reactionary by now. Â Children today are probably reading about Billyâ€™s temporary state-assigned parental unit, who is in love with a horse that xe would marry if it werenâ€™t for irrationalÂ authoritarians who oppose such a union (#loveislove). Â Oh yeah, also xe has sex with Billy, and the horse identifies as a unicorn. Â Itâ€™s difficult to parody modern degeneracy, but we can do it if we really try.

Parody or not, none of that will help us understand the world. Â This fable, older than Greek democracy, will.

A scorpion and a frog meet on the bank of a stream and the scorpion asks the frog to carry him across on its back. The frog asks, “How do I know you won’t sting me?” The scorpion says, “Because if I do, I will die too.”

The frog is satisfied, and they set out, but in midstream, the scorpion stings the frog. The frog feels the onset of paralysis and starts to sink, knowing they both will drown, but has just enough time to gasp “Why?”

Replies the scorpion: “Itâ€™s my nature…”

Whether through an assumption that all humans make decisions rationally, or always speak honestly, or are all fundamentally good, or due to our simple ignorant naivete, we Western people have decided to welcome in vast millions of non-Westerners into our home nations, thinking that they will become just like us and pay our pensions when weâ€™re old. Â We donâ€™t believe theyâ€™ll retain their incompatible customs and behaviours, because if they did so, they would change our nations into copies of their own third world origins, the places they left behind. Â Of course they wouldnâ€™t do that, our myopic logic says, because if they did so, theyâ€™d ruin it for themselves too.

As we can see playing out clearly in real-time in enclaves all over Europe (and in countless historical examples), third world peoples result in third world societies. Â Whether or not we like it, and whether or not they like it is irrelevant: itâ€™s simply in their nature. Â This factual observation can be made before human judgements–we donâ€™t have to decide that weâ€™re good people or bad people, or that theyâ€™re good people or bad people in order to recognize it.

Therefore, there is not even a question of the ethics of allowing or denying entry to these foreigners. Â Merely asking ourselves whether we should be compassionate to them makes a flawed assumption, as there is no compassion in destroying oneâ€™s civilization so that neither the native nor foreigner can thrive: the native will lose, and the foreigner will find himself in a replica of his homeland, decorated with differentÂ ruins.

It doesnâ€™t even matter whether theyâ€™re economic migrants enticed by bloated social welfare programs that promise them free living, or sexual opportunists enticed by what they see as loose Western women whose genitals are free for the taking, or hapless victims displaced by warring factions ofÂ which they have no part. Â The role they are cast into by propagandists has no effect on the result of their migration into Western nations, malicious intent or not.

Blame democracy, not the rapefugees | The fall of giants