Blame democracy, not the rapefugees 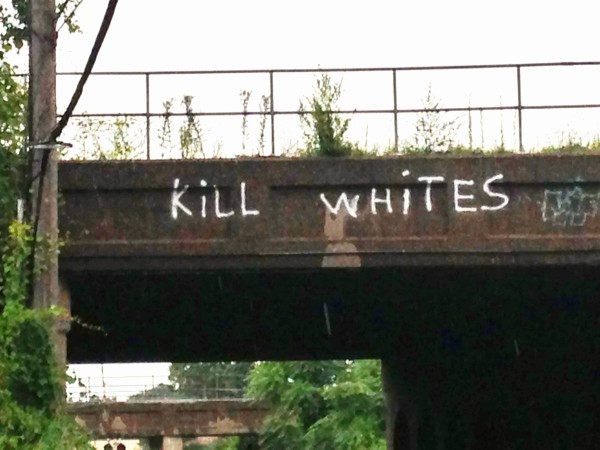 The inhabitants welcomed them with gifts, celebrations and good cheer. The narrative went this way: fleeing war-torn countries, they had come to Europe for a better life, and since all people are equal the Europeans obviously got this better life by accident of birth and should share it with the less fortunate.

Some of us sounded warnings. Much as creatures in nature are as they must be to live as they do, people in third world countries have been shaped by their surroundings for many generations. Just like natural selection chooses those who have adapted to their environment to survive, the third world keeps only those for whom third world behavior is normal.

The media, celebrities and politicians brought out the usual magic words — racism, bigotry, intolerance, selfishness — and so they beat back the doubters. A People’s Victory! And yet, over New Year’s Eve, Europe was home to mass rape and sexual assault events perpetrated by the new refugees.

And so, now, European rings with recriminations. How would these immigrants be so ungrateful? Do they not realize that Europe is the land of tolerance, pluralism, openness and compassion? It is almost as if these “rapefugees” want to ruin the socialist white Utopia and replace it with more conditions like those they were in theory escaping. These refugees are bad. And yet that, too, is within the narrative.

The narrative says that all people are equal, but in reality, every society is composed of the people who fit in it. Third world people have third world ways. Put them in suits, teach them English and email, and they will still be the same inside. This is obvious to anyone with a modicum of intelligence who has observed world history and current events. However, that contradicts the narrative, and anyone who does that loses their job, so natural selection has chosen as leaders only those who will — regardless of consequences — welcome the refugees and ignore the dangers.

When only those who succeed are those who blindly repeat the orthodoxy, there are no dissenting views by anyone with the public status to get noticed by anyone but dropouts, malcontents and dissidents. This localizes and contains disagreement. The leaders, media and public figures continue parroting the same insane nonsense and everyone is afraid to mention that the Emperor has no new clothes, because to do so is to lose their own social power.

This reveals to us that the rapefugees are just the tip of the iceberg, and below the water there is a vast structure of leaders, obedience and conformity which created that tip. But then, we must ask, what are the conditions that allowed the ice to form? Somehow, public image rewards those who speak the narrative. This means it is popular. This means that at the root of the problem is the popularity of the idea of admitting third worlders to the West, which requires denying the obvious and then being “surprised” by the bad results.

Democracy creates a coercive form of social power. When we declared all people equal, we made it taboo to say otherwise, because with the assumption that equal=good, it becomes clear that anything else is bad. This means that a slow grinding process occurs by which society removes the bad, or that which fails to confirm the narrative of equality, and soon, opinions have intensified as people try to demonstrate how “good” they are. When all people are equal, all opinions are equal, and so people choose what they want to hear. This reality-optional approach ensures that only pleasant illusions are voiced.

The problem with refugees is not that they are rapists. It is that they will end up replacing native European culture and creating in its place a typical third-world civilization. It does not make sense to blame the refugees, since the leaders of the West know that this will be the outcome, and the people of the West — by voting for these leaders — show they approve of it. Similarly, it is not even the destructive effects of democracy that is its problem. It is that democracy conditions us to think in fantasy, and then act without regard to consequences.

Europe grew to its height of greatness not through natural luck but through the simple principle of rewarding only those who achieved. When a knight slays a dragon, he returns home a hero and wealth is heaped upon him. This ensures that the best natural leaders rise to the top, and that those opinions push aside the usual contents of the human mind, which is nattering neurosis, self-flattery and fantasies about what should be. In reversing that through democracy, we have not only brought physical doom upon ourselves, but first have doomed our minds to servitude to an illusion.

The perils of democracy fetishism | The frog, the Scorpion, and the Future of the West