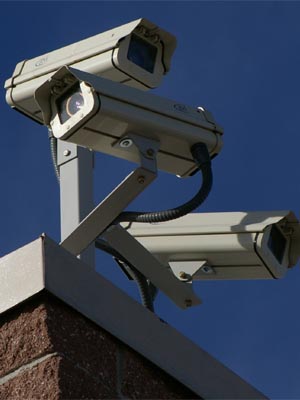 People in American politics are geared not toward a whole truth, but finding some story or fact-pattern that justifies what they want to be true.

Our entire society is based upon this because in an equal society, where every person’s interpretation of reality is just as good as anyone else’s, there is no firm concept of reality.

Each citizen can argue persuasively for his or her point of view, which means opinions and judgments about reality, not a fact-based analysis. It doesn’t need to be true, just to appear so.

As a result, people are oblivious to the consequences of political actions. They cheer for their team winning, and then forget about it.

In a decision that reads like an ode to the First Amendment as key to both liberty and democracy, the court wrote:

“The filming of government officials engaged in their duties in a public place, including police officers performing their responsibilities, fits comfortably within these principles [of protected First Amendment activity]. Gathering information about government officials in a form that can readily be disseminated to others serves a cardinal First Amendment interest in protecting and promoting the free discussion of governmental affairs.”

Attorneys for the city argued that police should have been immune from a civil rights lawsuits in this case because, they asserted, the law is unclear as to whether there is a “constitutionally protected right to videotape police carrying out their duties in public”.

Making the law crystal clear, the Court responded: “Basic First Amendment principles, along with case law from this and other circuits, answer that question unambiguously in the affirmative.” – Boston Globe

Clearly it does not make sense that police stop people from filming them. However, look at the flip side.

It is now impossible for you as an individual citizen to resist people filming you, either. The process is already far along; cameras are everywhere.

But now you have no legal reason to insist they not be. After all, if the cops cannot stop you from videotaping them, no one can.

That includes the cops videotaping you.

If they can fire a camera through the windows of your home, or use infra-red to see your movements through the walls, and film you in public every waking second, how can you object?

Instead of a decision like “You know what? Public filming is a slippery slope — let’s not approve of any of it,” the Court has sided with industry. Industry would like constant security camera footage, customer monitoring, demographic data…

And so they win. They win the right to keep the cameras on. Forever, whenever, wherever and whoever.

You always have the choice to build yourself an armor-plated Faraday Cage and hide in until doomsday, if you’re fortunate enough to have the money, that is.