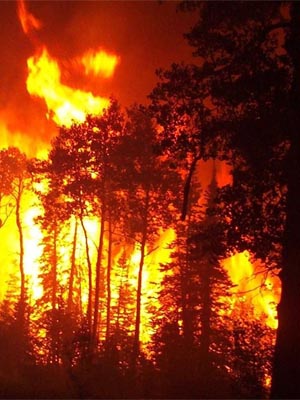 We have a modern mythic trust in “science,” but science doesn’t exist. People study and get degrees in science, and then anything they do is considered science, even if they make broad conclusions.

Further, science itself is a moving target. Theories are our best estimation at the time, and almost all of them are wrong, soon to be replaced by more accurate ideas. Science is guesswork until finalized.

The global warming science is far from settled, even if the experts the media summon are in agreement. They are using computer models to guesstimate a result and that is not “science” like gravity or ignition.

On a policy level, “global warming” is a symbol for all that humankind has done to our environment. Unfortunately, this symbol has been co-opted by leftists as their latest excuse for class warfare.

Even worse, this then obscures the actual damage done to nature, which has a singular cause: more humans. Even if each human lives in a mud hut and eats dirt, each additional human strains the environment.

If you want to know why humanity “can’t act” on global warming, this is why: global warming is a theory taken to religious dogma by the left, and it obscures a more vital issue.

For this reason, many smart people are global warming skeptics — but they keep quiet about it, since global warming is like anti-racism, anti-monarchism and anti-fascism a religion in the modern West.

However, this facade is slowly eroding from the edges, as it always does.

In April 1990, Al Gore published an open letter in the New York Times “To Skeptics on Global Warming” in which he compared them to medieval flat-Earthers. He soon became vice president and his conviction that climate change was dominated by man-made emissions went mainstream. Western governments embarked on a new era of anti-emission regulation and poured billions into research that might justify it. As far as the average Western politician was concerned, the debate was over.

But a few physicists weren’t worrying about Al Gore in the 1990s. They were theorizing about another possible factor in climate change: charged subatomic particles from outer space, or “cosmic rays,” whose atmospheric levels appear to rise and fall with the weakness or strength of solar winds that deflect them from the earth. These shifts might significantly impact the type and quantity of clouds covering the earth, providing a clue to one of the least-understood but most important questions about climate. Heavenly bodies might be driving long-term weather trends.

Scientists have been speculating on the relationship among cosmic rays, solar activity and clouds since at least the 1970s. But the notion didn’t get a workout until 1995, when Danish physicist Henrik Svensmark came across a 1991 paper by Eigil Friis-Christensen and Knud Lassen, who had charted a close relationship between solar variations and changes in the earth’s surface temperature since 1860.

They announced their findings, and the possible climatic implications, at a 1996 space conference in Birmingham, England. Then, as Mr. Svensmark recalls, “everything went completely crazy. . . . It turned out it was very, very sensitive to say these things already at that time.” – WSJ

The road to hell is paved with good intentions.

Good intentions are a public symbol of being a good person, which leads to reward. Like all such “free money,” they are relentlessly gamed.

This is why in modern society, global warming takes on a religion. All of the spineless are falling over each other trying to proclaim themselves allied with this new trend.

If you wonder why the ancients opposed equality, this is why: most people are nitwits, and when you tell them all of their views are legitimate, they form vast lynch mobs that obscure reality.

They were sure global warming was good science before the last ten thousand articles claiming it as hard science. Hard science, based on computer simulations less complex than most video game environments.

And they want to declare it even harder science now, declare it 2+2=5 and crush the “ignorant” who oppose it, so they can use it to… why, enforce the traditional liberal policy: wealth transfer from rich to poor.

The problem with this, in addition to it obscuring the actual issue of overpopulation and resulting “growth” of industrialization, is that liberal policies are ineffective and destructive.

A recent report from R-CALF USA, an advocacy group for American cattle producers, says the US Environmental Protection Agency (EPA) has declared harmless cattle hay a “pollutant,” which is part of the agency’s agenda to squelch family-scale cattle ranches in favor of corporately-owned, mega-sized feedlot operations.

At the recent 12th Annual R-CALF USA Convention in Rapid City, SD, an audience member asked Mike Callicrate, a Kansas cattle feeder, if the EPA had, indeed, declared hay a pollutant. His affirmative answer was startling to many, but not necessarily surprising in light of the US government’s apparent agenda to destroy every single producing sector in the nation and to reduce the country to a poverty-stricken, corporately-dominated wasteland.

“Now that EPA has declared hay a pollutant, every farmer and rancher that stores hay, or that leaves a broken hay bale in the field, is potentially violating EPA rules and subject to an EPA enforcement action,” responded Callicrate. – Natural News

On the right, we rail against government bureaucracies because they are self-feeding solutions. Their primary concern is justifying their existence, which means public headline-grabber events, but no day-to-day solutions.

Even worse is the fact that in order to appear useful, they like to write strict regulations and enforce them randomly, giving themselves more power (and public credit) but not actually helping the problem.

The only solution here is to stop all handouts, all humanitarian action, and other “well-intentioned” programs that further the explosion of human populations.

If we overpopulate, we die, even if we all believe in global warming until the end. Belief and unrealistic solutions do not solve problems.

But as they say about that road to hell…

A permanent obsession | The flip side