The fatal flaw of the dissident Right 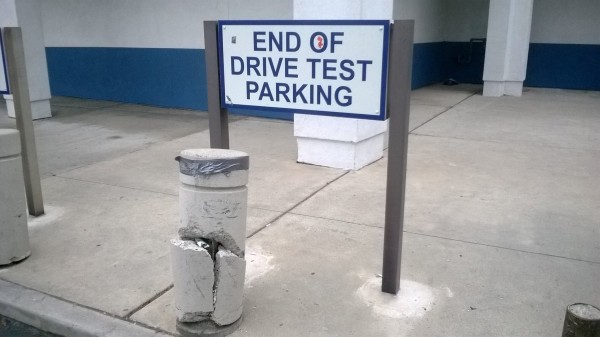 Any change in thought faces an in-built hurdle: escaping the previous thought enough. For all that we on the dissident Right have achieved, we still face the inescapable difficulty of making sure that our thinking is not infected by that of the Left (and its parent philosophy, Crowdism) which is dominant in this age.

Nothing better illustrates this than the recent kerfuffle over sex/realism writer Roosh V, who found himself under attack from some in the altright for not being white. In response, he pens:

If an internet movement is decentralized and based on open admission from outsiders who can steer its direction, particularly women and homosexuals, it will fail. That doesn’t mean it won’t have an effect upon society, but it will fall very rapidly after its peak. The alt right likely peaked with introducing the term cuckservative in terms of mainstream influence. Their initial viral hits concealed problems that may have been there all along, and which I myself missed. The fact that diehard anti-SJWs and anti-feminists who don’t have the approved Nordic lily whiteness are viciously attacked by the alt right mob with SJW help shows that they’re long gone in terms of strategic effectiveness.

I worry not about women and homosexuals for the same reason I worry not about non-whites joining the dissident Right. Some of our best advocates have always been not white, from Malcolm X through Paul Gottfried and Laurence Auster, not to mention all of the near-whites of Southern, Eastern or Irish European extraction.

The question remains and has always been: do they understand what we are going on about? If they do, let them in, because they have the rarest of abilities which is to see the legitimacy and realism of our point of view. If they do not, even if heterosexual, Nordic and male, letting them in amounts to entryism and will destroy us.

Our challenge on the Right is that of every majority called on to defend itself. We do not have a cause like the Left, which styles itself as the victim of inequality and therefore creates a new religious-style morality based on only equality being good. Like the point of a knife, that is a focused and simply explained belief with an inherent demand.

The majority faces a more complex task: it must defend its way of life and its satisfaction with it. How can we be happy when others are suffering, somewhere? The answer is that we found something that works, and as we have deviated from that, our fortunes have fallen, and that we must assert both (1) self-interest in pursuing what works for us and (2) the supremacy of our method in the long-term, even if we could serve up the seed corn to stop suffering now.

We are not defending what is now; we are arguing for Restoration, or the return of what worked for us. We have been under assault by insane Leftism for a thousand years and it has ruined our society. If anyone has rights, we have a right to break away from the method used by The Rest that will end in misery, and to instead achieve for ourselves a better life. If only to prove it can be done and show how, we should do this; however, those who fear they cannot do the same will always oppose us, because our success makes them look bad, in their view.

What is restoration? A conversation between Auster and Mencius Moldbug reveals a wonderful snippet:

We do not defend anything; we fight for a different world. We strive for a world of beauty, justice, honor, excellence, ascendancy, reverence and truth. We want to burn all that exists now and replace it with something far better. Our self-interest takes the form of a desire to exceed what is now and achieve greatness. Nothing else will do.

Right-wing movements have never been able to coordinate like Leftists mostly because of a lack of agreement on what we find wrong and what we desire. We are not ideological zombies like the Left, but this makes us less effective. This is why the Right grows through dissident movements that organically bring ideas to the table and give them symbols so that others can see something new to aspire to.

And that is what the altright needs: aspiration. We need to realize in our heart of hearts that this world is an unforgivable Hell and a sin against all that is good, and that we can have a Restoration. We can do better and we cannot inch toward it. We must leap from the top window of this Tower of Babel and soar. We are the future. As a wise man once said, “the next thousand years are ours.”

I have lived for too long in darkened corridors attempting to pretend that the small amount of leaking light constitutes a hope. I have spent too long restraining my desire to set it all ablaze. I have wasted too many years in an atheistic, materialistic and self-destroying frame of mind. I am ready for war. This is the mindset we need on the dissident Right.

As one writer who has contributed more than anything to the Right wing renewal had to say, modern life is unconscionable and yet everyone is too cucked to speak up and scream:

I hadn’t seen any novel make the statement that entering the workforce was like entering the grave. That from then on, nothing happens and you have to pretend to be interested in your work. And, furthermore, that some people have a sex life and others don’t just because some are more attractive than others. I wanted to acknowledge that if people don’t have a sex life, it’s not for some moral reason, it’s just because they’re ugly. Once you’ve said it, it sounds obvious, but I wanted to say it.

We are all dead men walking so long as we remain on this path. We know how it ends and we cannot respect ourselves if this is what we leave to our descendants. This evokes the Roosh controversy, because it shows us men clawing at an invisible enemy on their backs. The real purge is within: we must purge ourselves of hopelessness and helplessness, admit we have seen the Hell that is coming, and strike out in honesty to Restore goodness.

Anything else is just spitting in the wind, entertaining ourselves by being internet rebels while the battlefield languishes. Anything else puts us below the lowest homosexual Other casual sex participant because we, unlike others, know toward what we march. Victory or death. There is no other way.