by Jonathan Peter Wilkinson on February 23, 2016 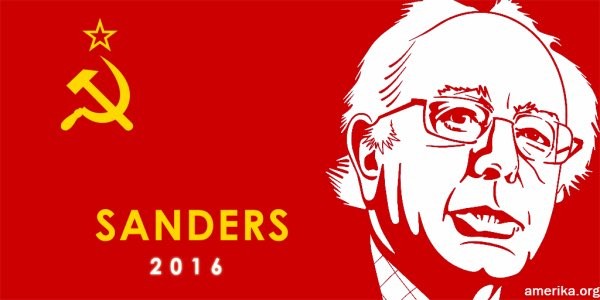 Venezuela blows away Argentina. Venezuela nukes South Africa. Greece, The Ukraine, Spain and the rest had all better lace up their track shoes to escape the El Guapo Beat-down. We regret to inform sports fans around the world that we are not discussing either the soccer or rugby world cup results. This is the Bloomberg Economic Misery Index and the last time Venezuela could even see a foreign object in her rearview mirror; Vladimir Putin was driving his tanks through The Ukraine. As Al Gore used to bloviate, the science on this one is settled! Life in Venezuela sucks because socialism does too.

The SJWs will have you know that my first paragraph wasnâ€™t fair. It also failed to take into account how mean the oil market has been to our brotherly socialists in Caracas. Petrochemical exports make up 25% of the swag Venezuela takes in during a typical economic year and if youâ€™ve been reading JPW, you know this isnâ€™t an auspicious time to be cornering that particular market. So it has to be the oil. Smart guys like Karl Marx invented scientific socialism. It ought to work because its !SCIENCE!

Well, since socialism is so gosh-darned scientific, perhaps we can sit down and discuss some data. Inflation has hit 720%. The GDP has shrunk at an annual rate of about 7.5% per year the past two years. In six more years, that would destroy literally 50% of Venezuelaâ€™s national wealth. Anyone sadistic enough to still follow Venezuela creditworthiness predicts that they will make like Greece and ooze out of their debt payments in very short order. This continues to happen despite Venezuela possessing the largest known sovereign reserve of crude oil in the world. As many a heart-broken Boston Red Sox fan has wanted to ask Bill Buckner; â€œHow in the f&^% did you manage that?â€

The culprit is clear and obvious: The problem is Venezuela’s authoritarian socialism. The country has had food shortages for many years, because many foodstuffs are price-controlled. If there’s one thing all economists agree on, it’s that price controls lead to rationing. And yet, the government insists shortages are due to greedy hoarders. President NicolÃ¡s Maduro has recently taken over a supermarket chain, arguing that it was hoarding. The currency crisis also means that food imports are prohibitively expensive, and capital and exchange controls mean there is often no way to produce the money to buy things even when they are available. Venezuela shows us a sight familiar to those who experienced Soviet Communism â€” long lines to buy food â€” in an oil-rich country.

Under Chavez, Venezuela nationalized a swathe of industries, including oil projects, and instituted a 50 percent windfall tax on oil profits, driving away oil companies. Sometimes the government just seized them. The government nationalized agriculture projects and major agricultural companies. It has also nationalized several banks and shut down others. It also took over the cement sector and the country’s biggest telecommunications company, as well as utility companies.

Oh, and about all the cheap gas he bragged about CITGO handing out. Venezuela has decided to raise that price in a manner that would win the respect of Martin Shkreli. The price for 1 Liter of petrol just got jacked by 6,200%. But these guys are socialists. They do it because they love the people. So letâ€™s say youâ€™re just an average Jorge from Caracas. What do, Brother? What do?….

Central American Peasantries have an instinct to survive these fecal shows. It kicks in when places like Argentina and Brazil go full Marxian Chernobyl the way The Mammalian Diver Instinct keeps fools and idiots alive who get themselves chucked into icy rivers. If the White Market wonâ€™t or canâ€™t meet your needs, you make like the government and resort to corruption. The Venezuelans are unlike the government in the sense that they are competent. Again we hear from Gobry.

Transparency International ranks Venezuela in the top 20 of the world’s most corrupt countries. According to a Gallup poll, 75 percent of Venezuelans believe corruption is rampant at every level of the government. If you were a business owner in a country where the government is seizing companies left and right, you might believe a bribe is the only way to keep your living. Caracas is the murder capital of the world.

So thatâ€™s what socialism does for anything that it ever touches. Itâ€™s the Reverse Midas Touch. It turns everything into a hunk of lead and then makes you retarded from the lead poisoning. It sucks the life out of everything it touches. Living under socialism is like getting a red-shirt role in a vampire movie – you only get the bit parts. So sadly for the many very decent people trapped in the hell that is now Venezuela, their lives will suck. And make no mistake about it. Life in Venezuela sucks because socialism sucks too. Pray for these poor, suffering human beings. They are learning the hard way what it is like to feel the Bern.

The fatal flaw of the dissident Right | The high cost of denial, mental health edition