The empire of the proles 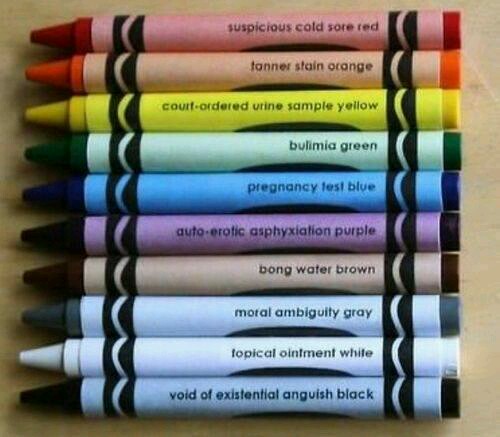 The promise was made way back during the Enlightenment. It said that what was holding humanity back was a focus on hierarchy, like that of gods or nature, and that if we put the focus on human individuals, we would live in an “enlightened” era.

Only a few centuries later — that’s like a blink in the lifespan of a civilization — we can see the results of our choice. Since getting rid of hierarchy involves a grand leveling of all of civilization to its lowest common level, we might call this the empire of the proles, because that’s what it resembles.

For proof of that, we need to look only at our art, architecture, public discourse and standards of behavior. Our art is now either fetishistic “elite” nonsense, or super-simplified simian entertainment. Architecture has become boxes and ugly internal supports exposed. Public discourse is now at the level of Idiocracy, with logical errors in public statements frequent and never noticed. And standards of behavior conform more to what our grandparents would have expected at an amusement park than an “enlightened” society.

Even more, for all of our great prole empire, we have backed off of what made us strong and innovative and are running in circles, regurgitating and reformatting the same tired ideas as if trying to convince ourselves they can work:

For example, when I first got a permanent job as a university lecturer, I recognized that I had one of the most secure positions in one of the most secure societies in history – and that this meant I had could embark on long term projects in scholarship, writing and research and scholarship ; that my secure position made it easy stand aside from trends; that I could be a model of teaching and scientific integrity and it was virtually impossible for my employer to sack me for it!

But in general colleagues refused to acknowledge the basic privilege and security of their position, and persisted in talking as if they could be thrown out into destitution and starvation at any moment – and therefore they had to go-along-with whatever fashion, trend and politically-driven lunacies and lies were floating around the university – and work at terribly unambitious scholarly and research projects that were neither useful nor radical – but merely aspired to be microscopic incremental increases in what were already trivial and irrelevant backwaters of tedium.

With technology, as with Enlightenment, we were supposed to enter a new era. The idea was that with labor-saving devices, we would do the same work in a quarter the time, and all work three-hour days and then go home.

Except that now, we’re working more than ever. It’s as if WWII never ended and we’re still all contributing to the war effort. Since most labor is not measured in quality, but in quantity, it becomes a question of who can spend the most hours in the office.

Even more, through the mechanism of social climbing, our society has convinced proles that by spending a lot of time on something they can rise, even if their judgment is terrible and the quality of their product as a result is poor.

We can even see this in our leaders, who bear strings of degrees and accolades yet frequently fumble and bungle basic concepts and miss points well established in history. Are they idiots? No, they’re proles, which means their judgment and discipline are horrible no matter how educated they are or how many hoops they jump through.

The best part is that the slaves are willing. We have freedom; what is freedom? Freedom to attend a job every day except on the weekends and two weeks of holiday, at which job you must spend most of your time waiting on other peoples’ personal drama, pretense, ineptitude and laziness. Most work is cleaning up messes made by thoughtless idiots and then charging them for the service. But lose your job and you may find yourself homeless and victimized.

We tell each other that we are free, but what we really are is dependent on each other. That in turn requires that mythos that each person is necessary and special. That in turn causes a crisis where we think backward, arguing from the person rather than toward a goal. If someone wants it, it must be important, our thinking runs, in contrast to a reality-based forward thought process which would first determine if “it” is worth having or feasible. Our civilization has become circular, chasing objectives because some want them and therefore they are profitable, but never choosing a path and working toward that end.

Even more, we have convinced ourselves that emulating success is success. Thus everyone seems excited to go off to these jobs, in exchange for buying power, and to then demand a role that makes them look important, a desk where they can do easy work like paperwork, and other people to interact with to make them feel as if they’re actually vital to something important. And the end result of all this is? A lifestyle as unhealthy as it is fake:

Doctors are urging the millions of people who work at a desk all day to stand up or walk around the office.

As CBS 2â€²s Dr. Max Gomez reported, our couch-potato lifestyle is killing us at about the same rate as smoking.

And itâ€™s not just sitting around at home; itâ€™s also our sit-for-hours workdays that are part of an unhealthy sedentary lifestyle.

Welcome to the empire of the proles. They deposed those who had actual judgment skills, and in their place implemented the mob. Now like simians run amok, the mob dresses in motley and goes through compulsive motions to appear as if it is equal to the greater minds who went before it. And the results are predictably bad.

The Nationalism FAQ | The fanaticism of liberals