The court of public opinion 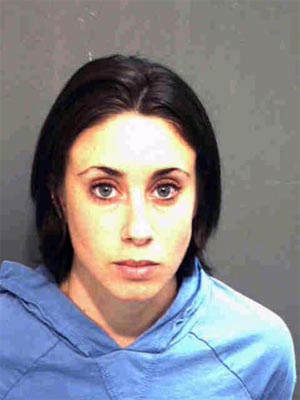 Forgive me for intruding with stupidity, but it makes a good talking point.

Unless you are living under a rock (where I hear it is quiet and peaceful) you have been inundated with propaganda about the Casey Anthony trial. It’s a veritable media gold rush because it has all the elements that make the crowd stand up and howl: a dead child, a dead cancer patient child, a reckless mother, etc.

The moral indignation rings out loudly as we all try to hide our own moral failings. We love Casey Anthony because whatever we’ve done, she’s done worse. She takes the pressure off us, even if it’s just internal pressure.

Her trial is in fact the ultimate extension of democracy.

The best thing about the above: they’re all true.

True, that is, as part of the whole picture; they don’t tell you the whole story, but they’re true in that each of the above is logically valid.

But if we look at this story from a legal angle, we see that partially true isn’t enough. The case presented by the state did not directly link Casey to the murder of her child. An unproven crime should not result in a conviction, even if many people out there think it should have.

A second defense attorney for Anthony, Cheney Mason, blasted the media in a statement, saying, â€œI hope that this is a lesson to those of you who have indulged in media assassination for three years, bias, and prejudice, and incompetent talking heads saying what would be and how to be.â€

Are Baez and Mason right? Has the media that followed the trial, which became the nationâ€™s obsession as it played out on national television, gone over the top in their overwhelmingly negative response to the verdict? – WAPO

The Crowd is wrong on this one, because the Crowd bases its feelings on appearance, emotion, reaction and effect — not cause/effect logic. The Crowd does not understand that despite feelings, we must use facts to prove a case, and that not every murder case will result in a conviction.

We should not be convicting people in a court of public opinion.

However, our media wants us to and they are outraged that someone has rebuked them.

The court of public opinion is like a lynch mob composed of daytime television watchers — people whose uninteresting lives bore them, people who have no particular accomplishments, people filled with resentment that others are having a good time or making a go of it. If you want angry busybodies, they’re the daytime TV audience, which is something our media panders to.

Just like in the French Revolution, we find out that it’s easy to be popular — just find someone to blame for everyone’s failings. A scapegoat, an enemy, or a symbol. Convince us all that we’re innocent and someone else did this to us. Casey Anthony is after all a perfect scapegoat for our own failings as people, as parents, or as unemployed alcoholics throwing food items at their televisions.

There is also a more logical reason for our outrage: legal justice systems also only tell partial truths.

Casey Anthony is not guilty of the charges presented against her. I am convinced the jury did a good job here, because the case against her was weak.

However, there’s another issue that cannot be packaged up as a legal case: Casey Anthony is unfit to be a parent. She is the type of person most middle class people do not want in their neighborhoods.

Our law doesn’t let us say that we should spay Casey Anthony, or that we should be able to exile people like her from our towns and cities. After all, she has the “right” and “freedom” to be wherever she can afford to buy, and to conduct her disaster of a life however she wants — even the dumbest American learned this at school.

But we don’t have an outlet for what she took from us. She took away our ability to live in a community where a child’s life is sacred, and we think people who think otherwise need to move along to somewhere else. She took from us the ability to set community standards.

All of the media outrage is fake, and the “solutions” like “Caylee’s law” are stupid. We don’t need more laws; we need more common sense, and fewer stupid people. Fewer rights and more responsibilities. Fewer politicians and media manipulators telling us we need more rights and laws.

Caylee was a doomed child. Of bad genetics, born into a bad family, in a bad situation. Casey Anthony is a failure. Her life is a constant disaster and will continue to be a constant disaster. Both Casey and Caylee would be better off dead.

If we listened to our common sense, we’d oblige them, and turn around and put all of our energies into constructive things instead. But because we’re afraid to break the “rights” and “freedoms” taboos, we just sit back and watch as a million Casey Anthonys rip away the social fabric of our lives, leaving chaos and possibly a faint odor of death.