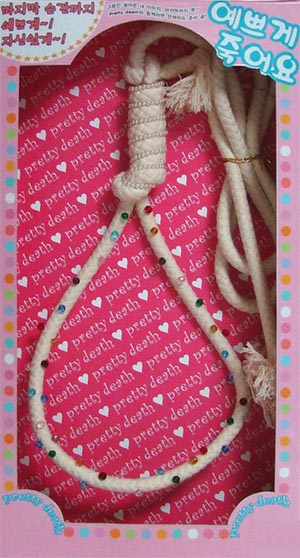 When you tap into an audience of the embittered, you are no longer aiming for exact truth.

Much like “good writing” as most people see it is not super-accurate (what, do you want a text book?), good politics makes good reading more than it makes perfect sense, although it helps to claim it is pure logic.

Your goal is to make your audience feel comfortable, accept themselves, direct their rage at a target, and then go back to work/welfare/stay-at-home-mom-dom with a smile on their faces. You have sold them a successful product.

This can lead to your own self-destruction.

Like the Jewish mystic Jesus Christ, you become a celebrity, and that means that the crowd eggs you on to confront the source of victimhood. They want you to go poke the Romans in the eye and run away. If you get killed, it’s not they who lose their lives, and your death re-affirms their decision to not get involved. Crowds are tricky things, bestowing fame and death in the same breath.

This is how to be popular among those who are not already effective in their lives. You need the crowd, the mob, the assembled masses tuned to your message, which is that they are victims of the bad thing that you can destroy together. They need you to excuse their lacki of effectiveness.

People who are already effective, and have careers and family lives, can be just as radical — but they want practical solutions, and they want them in a compact and accurate format. They are not interested in the blog equivalent of get-well cards and happy songs. These people like books, not blogs. They don’t want a daily uplift. They want something to chew on.

But that’s a different audience. If what you need is warm bodies, you should appeal to the people with lots of time to visit:

Forming a mob is easy: a mob needs to explain its failings through victimhood. Even if there are legitimate points mixed in with the mess, ultimately the mob does not want complex and accurate answers. It wants a caricature, a cartoon, and a target to bash.

The crowd wants these things in lieu of effective action. Effective action requires sober, rational thought and that most or many of us must give up something in order to make society more effective. Mobs want someone to blame, and a reason to demand more from the rest.

The only reason you need someone to blame is if you really don’t believe you can be effective. Mobs don’t think they’re going to make change; they want to “send a message” or “set things right” (in other words, punish). Theirs is to smash, not create.

Mobs are tuned to bitterness, and they want you to be their high priest. They want you to tell them they’re victims, explain away their failings, and find some Satan that you can blame — and then pretend to hunt down and kill. But that action, like the accusation, is fantasy more than reality.

The embittered people of the world, like in the 1980s teen movies, join hands and together join a struggle. But it’s a struggle to make sense of their embitteredness, and to compensate for its effect with pleasant words about themselves, not to fix the cause of it.

In other words, they seek a product, like those people on the mainstream blogs.

The court of public opinion | Slaves and Masters