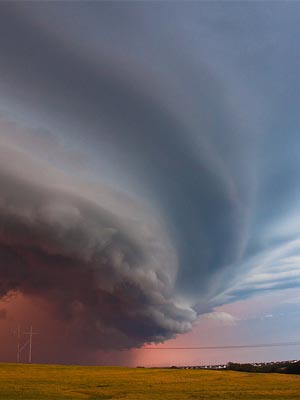 When you think about politics, you quickly see how it is important to separate cause and effect. If an effect is what you want, you have to figure out what kind of action would cause that effect, and make that action come about.

Some people haven’t gotten the memo however and continue to demand effects with zero, zilch, no, nyet, none, nicht, nada understanding of the underlying cause. They don’t want to know. They don’t care. What they want to do is demand things from others and blame whoever is in charge for their own failings.

This world has its drawbacks, it’s true, but it has one salient advantage: it rewards those who learn how it works and make it work for them. Whether this is setting up a homestead on the frontier, or finding some job in life that requires more than minimal responsibility and thus pays well, life rewards intelligent effort.

However, our society’s institutions operate from the opposite principle, which is pity for those who are not succeeding. In an effort to take away the sting of failure, they have for the past 200 years embarked on a program of convincing us that we are all equal and thus, if we aren’t rich, we are victims of the rich.

When conservatives talk about “class warfare,” the talking heads on TV roll their eyes as if this is just some drunken rant that conservatives are afflicted by. The obvious hidden truth is that they absolutely fear this message because it’s true: people who feel like victims blame others for their own failings.

The “99%” who are out there on Wall Street are not 99% of anything except the disaffected, entry-level-employed, disorganized, self-impressed, morally confused, narcissistic, and directionless urban young people who have found no way to succeed in this life because their lives consist of the pursuit of their own pleasures.

Looking at the 99% crowd, I see quite a few people who obviously have some kind of trust fund or familial hookup in order to be able to live they way they do on a bartender’s salary. Could it be that, as usual, politics is more a question of fashion and impressing your social group than a plan for our future?

In fact, when you think about it, the entire message of the Occupy Wall Street crowd is a social message, not a practical one. They don’t talk about cause and effect. They gather together a big group of unhappy people and validate that unhappiness by scapegoating Wall Street.

Occupy Wall Street is leaderless resistance movement with people of many colors, genders and political persuasions. The one thing we all have in common is that We Are The 99% that will no longer tolerate the greed and corruption of the 1%. We are using the revolutionary Arab Spring tactic to achieve our ends and encourage the use of nonviolence to maximize the safety of all participants. – Occupy Wall Street

Do bad things happen in high finance? As Willie Sutton said, “That’s where the money is,” so expect that people will be constantly trying to get in and take some of it. But we see no evidence that the majority of traders are corrupt, or the stock market is inherently a bad thing.

Like most things modern, it would do well to be under the command of a wise leader and not be left up to some driverless, external, mechanistic system which operates for its own convenience and considers our fate only secondarily, but it’s no different from the rest of our modern society in that regard.

Modernity is predicated on the conviction (derived from Adam Smith’s ‘invisible hand’ argument) that with the right system (e.g. markets, democratic voting, competition and selection, conjecture and refutation, trial and error, peer review, or in general management), bad motivations in individuals can lead to good outcomes – therefore (ultimately) we should ignore motivations and focus on systems. – Bruce Charlton’s Miscellany

The media in this country does not have a leftist bias. However, the majority of its employees do, as do most people in entertainment, politics, law and other services of a society to its people. This is the “opposite principle” of our society’s institutions.

These institutional types are delighted over the Wall Street protests. For years, they’ve been hoping for something equivalent to a communist revolution in this country. Why? If you’re not succeeding, and you want someone to blame, your thoughts inevitably lead to a Utopian ideal that fixes your anger.

But at the end of the day, that is all the protesters and the horde of media chatterers have to offer: anger. They are not offering logic, or solutions. Just a protest, with more demands for what should be done and no way to do it.

If you go to any business and talk to the employees who do the menial work, a majority of them have this kind of view. “Man, it sure sucks that I sweep the floors and there’s some guy in an office making eight times what I am,” they say. They never mention that the guy in the office is more effective and vital.

Resentment is natural in the human world, especially when dreams don’t turn into practical plans. But it is not a solution. It does not change the causes of the effects we see; instead, it angrily demands we change the effects. It is incoherent and dangerous in that its primary motivation is revenge.

You will not see any voices in our mass media or politics mention this because, since 1789, politicians have learned to fear the resentful crowd and its guillotining/lynching tendencies. But don’t be fooled. What you see out there are not the architects of our future. It’s an angry, thoughtless mob.

Lessons from the Arab spring | The 1%