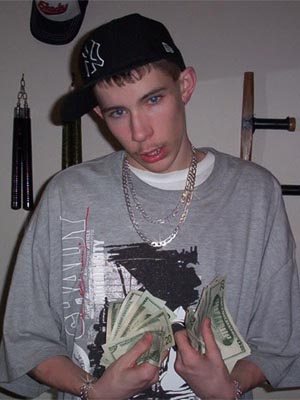 The word “misanthrope” carries a certain charge with it. It’s either lumped in with socially unacceptable ideas like Satanism, pedophilia and fascism or it’s adopted as a proud badge of equanimous hatred, a refusal to discriminate and thus a writing off of the entire species.

Yet what we can learn from misanthropy is that: all human problems originate in the acts of individuals. Those individuals will choose to blame something other than themselves, so they blame the only actors that are not individuals: institutions.

It’s comparable to a rock band showing up at your hotel, trashing it, and then demanding not to be hauled off to prison because the band trashed the hotel, not its members. Saying that our institutions have failed us is akin to saying that we have failed to work together, and we need a scapegoat.

Misanthropy tells us that most people are thoughtless, not particularly competent, not especially kind, and usually manipulative and callowly self-serving. The norm, in other words, is not the height of humanity nor is it perhaps the people we should be listening to.

For example, if I need analysis of my business, have brain surgery performed, or have a perfect Edwardian morality play written, I go to an expert. This expert has distinguished herself by years of study, passing difficult tests, and a proven ability to perform.

What I don’t do is walk out and find an average person, without those abilities, and ask them to do the same.

Government, society, economics and education are much the same way. We make hierarchies by which people attain greater heights with greater competence. This is the principle of Darwin, and of common sense: put our best foot forward, and make sure that we reward those who are exceptional — so we get more exceptional results.

What opposes this rule is the “social” principle, or the idea that just like a bunch of friends on a bus going on vacation, we’re all equal. We don’t need a hierarchy. Instead, we’ll all just cooperate with no rules, and settle disputes by social means like deference and compromise.

The problem with that viewpoint is that it’s a highway straight to incompetence.

When we throw the hierarchy idea out the window, we suddenly make all roles in our society arbitrary, which means that we create alternatives to competence to determine how we promote people. Popularity is a big one, as are do-nothing certification programs and “time served” in the system.

Further, this creates a negative effect in that in order to get ahead, people have to cheat. They cheat through nepotism, by gaming tests and educational systems, and by bending or breaking rules. If you cannot get ahead by competence alone, you apply your abilities to working around the broken system.

But the biggest problem is that we stop focus on the individual. When we are all equal, nothing is anyone’s fault. Everything just “happens” through the mass inertia of the hivemind. There is no responsibility for the individual to educate himself, or understand what he’s voting on.

In many ways, the “blame the institutions” people create a self-fulfilling prophecy: they replace a nation of living, breathing individuals with a giant drone collective mind that conforms to its own notions of acceptable non-conformity. That’s what the Occupy Wall Street/”We are the 99%” protests are about.

Those protests are created by a herd that, having demanded equality and subsidies from its government, now has more demands. Its initial demands, from the 1960s onward, have trashed the United States as a functioning nation. Instead, it’s two groups: the mindless herd of proles, and those working around the system.

What it forgets is that our nation has always been made great not by the 99%, who attend jobs and buy stuff but don’t do much else (besides litter, vote randomly, and protest in the streets), but by the 1% who have had exceptional ideas and taken risks in order to invent or create new ways of doing things.

The 1% contains all of our captains of industry, our best artists, our thinkers and doers, our innovators and inventors, and our critics who could not be bought by pandering to some audience just waiting for validation. The 1% are the critical thinkers, the frontierspeople, the leaders and the creators.

When we hand our society over the 99% solely because that angry mob is certain that society wronged it, we give up on all things higher than the lowest common denominator.

If Wall Street is corrupt, the correct answer is to use our existing legal system to find the individuals involved and prosecute them. If we elected a bad leader, we need to ask ourselves how most of our people could make such a wrong decision, and correct that.

What we don’t need is another angry mob screaming demands they don’t understand in their fury to assign blame to someone other than the guilty party — the 99% themselves.