Lessons from the Arab spring 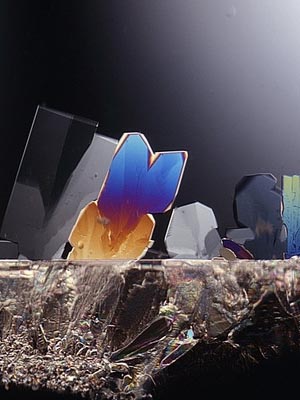 We talk a lot, during revolutions, about the power of the people. In my view, the people compare to muscles. If coordinated, they work together and make change in the world; if this coordination is not backed by a clear and realistic goal, the muscles wreak havoc like a flailing limb.

During the Arab spring these muscles perhaps did some damage. The mistake was one big one with a small one revolving around it. The big mistake is that the revolt was leaderless. Without leadership, a revolt becomes a mass of people demanding random things without accountability.

That rather large screwup guaranteed the ultimate failure of the Arab spring. These were protests against a perceived injustice, not a movement for any particular desired goal. If it had any ideology, it was a mishmash of democracy and Coca-Cola downloaded alongside American television shows.

As a result, the people — the muscles — outflung themselves randomly, and now trust their future to chance. They went every Friday to protest in the Tahrir Square but gained nothing from it except instability. They deposed the “bad” leaders, true… but those leaders existed because of instability, and new instability will produce new and perhaps more efficient versions of the same.

The smaller mistake is that these masses did not understand the future that they will face. They want food and work. While the revolution organizers want to adopt the Western industrial society to convert the middle east into a big liberal shopping mall, most participants understood none of this.

As they saw it, the revolution itself was the message. Protests against lack of food and jobs turn into a new political idea, which is that everyone should have food and work. Like all revolutions, this one has the liberal idea of equality underpinning it, but watch what chaos that unleashes: without having agreed before the revolution on what type of government they want, the people of the Arab spring will find themselves in the midst of disorder biased toward Western leftism.

By launching themselves into such chaos, the Arab spring protesters also released an ancient and harmful rattle serpent named “Islamism.” This is technically like Bolshevism in Europe a barbaric form of oppression.

What could have happened for these revolts to have any kind of real progress, or to create social order? They would have to stop thinking along the same old lines. Their old governments thought in terms of dollars and power, and the governments that replace those will do the same.

This time, “the people” will have no excuse — this government was not imposed upon them; they imposed it upon themselves. However, they did so not by choosing it, but by choosing to destroy social order in the hope that something better would come along. Now they are seeing that an angry mob creates its oppressors.

If we had one wish for the people of the Arab spring, it would be for a new government that cares less for bank accounts and oil wells than the health of its people as an organic whole. Instead, they adopted a truly merciless descendant of mercantilism, the modern post-totalitarian state.

Our audience in America, Europe and the world has no idea what shall become of these revolutions. Instead of Utopia, we see a new form of political stupidity with delusional liberals on one side and fanatical Islamists on the other.

As we learn from the Arab spring, we can see that the liberal idea is defunct. A revolution is not a political plan or a new type of society. We need to elect a new type of society, one that is not based on the failed ideas of the past, and use this in lieu of these unstable and ultimately self-destructive revolutions.