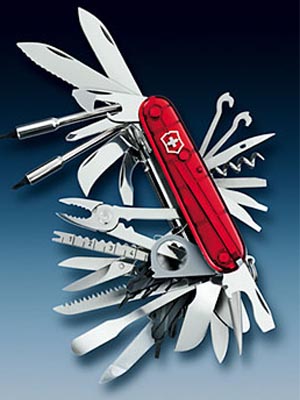 The atheists have it partly right. They don’t believe in anything.

The believers have it partly right. They believe in something.

Both have this in common: neither knows the nature of this thing.

The agnostics have what I consider to be the most productive outlook:
They don’t know. Yet. And viewing things in this way manifests humility, which is a head start to greater things.

Many have spent their whole lives delving into Christianity, and other faiths, trying to decipher the undecipherable. One has to wonder how they could manage that and still find time for the business of survival.
While many have never given the subject a second thought, and somehow managed to survive, just the same.

Logically, this would suggest that belief, or non-belief, is optional to the business of survival. One will have a fair chance of surviving, either way. So why bother with any of it? Perhaps the agnostic is the best equipped to supply an answer to that.

Something is going on, unseen by human eyes, for the most part. Something colorless, tasteless and odorless is responsible for everything. The world, the heavens, the cosmos, couldn’t just happen by accident, could it?

Maybe it could. But there seems no way to possibly know. At least not by any means available to us. The best that religions have had to offer, is an explanation of how things might be, but never how they really are. The same could be said of science.

The decision one has to make is who to believe. Who is the highest authority? Who actually knows?

What a fabulous tool. It can do so many things. Unfortunately, it can do nothing really well. Nothing can do something better than a dedicated tool, and the Swiss Army Knife, although being many things, is certainly not that.

All of us are equipped with a multi-purpose tool. A big, spongy thing that sits inside our craniums and figures out things that need figuring out, while dreaming dreams of its own magnificence.

This tool rocks! It will tell you so. It can do anything. Well: anything within reason.

And that is why it is either an atheist, a believer or an agnostic.
The one thing it is utterly unable to do is to know the unknowable.
It simply isn’t the right tool for the job.

Are you ready? Here is the big answer!

I will call it the cziltangbrone. It exists. You have one. We all do. It lies unused and unsuspected, somewhere, gathering dust and being unobtrusive. It has a very quiet voice and no distinguishing marks. It also has a significant characteristic, worth understanding:

It can not function at the same time as the Swiss Army Knife.

There may come a time, in every life, to put down tools and just idle.
Stop and park. Disconnect. Give up and just sit quietly. Fold up all the fabulous blades, saws, wrenches, corkscrews and tweezers. Let it all go.

And then, although unlikely, it is possible to connect with this thing that generations of fine thinkers have been unable to connect with. Simply because thinking removes one ever further from it, the more one thinks.

Want a clear head? Answers to the unanswerable? The sum of all knowledge?

Self-defeat and Zionism | Pretending war will not come