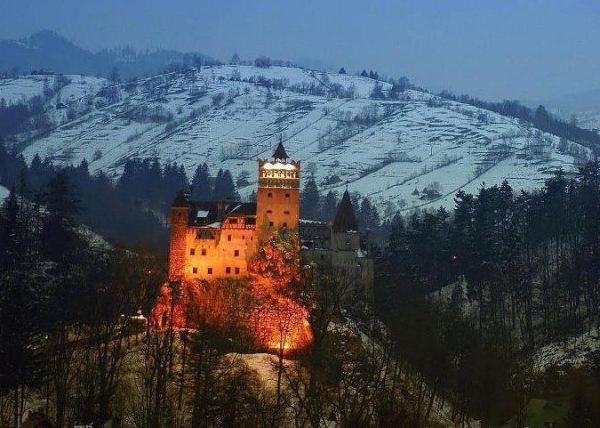 “We are threatened because we are a country of freedom.” — Francois Hollande

Opening the newspaper this morning, I experienced the feeling of a Franz Ferdinand moment: the instant that after years of tension, a triggering event occurs. These events are rarely important in the big picture but are always visually impressive and force the human consciousness — normally biased against anything external to the ego — to slowly, feebly recognize that change is upon it.

In this case, men with assault rifles ran through the streets of Paris executing police officers and cartoonists with impunity. The authorities did nothing and were as usual caught unaware. They then made speeches about how our “Western values” — liberty, equality and freedom — would win out over this new horrible threat. And yet still they hide behind their own private security and do not venture into public.

As the dust settles, the profiteers are waiting to rush in. They will as always divide their portrayal of the world into two cartoonish sides who will fight it out, finally compromising on doing nothing, with neither side every making any sense. One side will blame Islam, and the other will attack traditional sacred cows like Europe and Christianity. Neither represents reality in any way as they are media and government creations designed to sell newspapers and keep interest focused away from the real issue.

Underneath all of this posturing, the real blasphemy is not a cartoon of Mohammed, but any person who points out that the Emperor has no clothes: democracy is dysfunctional by design and equality is a foul lie. With those words, we attack the root of our society as it was created over two centuries ago, and repudiate the justification that allowed us to replace the society before it. The blasphemy against Mohammed offends a group, yes, but blasphemy against liberal democracy will lead to the replacement of the entire current power structure and all those who benefit from it.

Not surprisingly, you hear none of this in the media.

What the Charlie Hebdo killings show us yet again is that diversity does not work. Diversity requires each group to either give up what it is and be assimilated, or find itself in ideological clash with the constant compromising toward a lowest common denominator that is the method of democracy. This event is not about Islam, just like the Hands Up Don’t Shoot protests in the USA were not about African-Americans. Diversity does not work, no matter what groups are involved. Throughout history, we see no examples of successful “diverse” societies, and plenty of wasted third world ruins which show a history of miscegenation. Diversity is a path to death, but as ancient Athens and Rome showed us, so is democracy. They go well together, diversity and democracy, along with their economic manifestation which is consumerism. Together they destroy civilizations.

Multiculturalism is on trial here. The people who want no change in our current system will try to blame Islam or the right-wing, but they will never question multiculturalism itself. That alone is sacred. Although that path leads to their own destruction, they refuse to face it because it requires uncovering a fundamental taboo. Feminism and multiculturalism arise from democracy. You cannot give people the vote, and by doing so tell them that their judgment is equal to that of any other, and not expect them to demand a subsidy to create this mythical “equality” where it does not exist in nature. This reveals the taboo, which is that in indicting democracy we are refuting the notion of equality itself, an act which offends the pretense and egomania of the average person.

“France, and the great city of Paris where this outrageous attack took place, offer the world a timeless example that will endure well beyond the hateful vision of these killers.” — Barack Obama

Look at history. Since 1789, the West has steadily been drifting leftward, culminating in two World Wars which left no doubt afterward that the leftist regimes were in charge. Once the Soviets were conveniently out of the way, the West could admit its leftist tendencies without being seen as giving in to its enemies. Starting in 1991, the leftward swing intensified. Now we have dogmatic powers in both Europe and the USA who base their power on civil rights and equality law, sponsor organizations to ostracize and destroy those who do not agree, and create an inner elite — a “cathedral” — among those in media, government and entertainment industries who rule the people through popular opinion. Behind the scenes, an increasingly powerful kleptocracy uses government favors to enrich itself, while the angry minions are bought off with welfare and benefits. As institutions and infrastructure decay, many problems ripen at once, and yet no one will speak publicly of this civilization-wide crisis. This is how democracy ends.

At this point, the West has divided although we do not know it yet. The division may have in fact occurred in 1968 but both parties kept compromising, hoping to keep us all together. The problem with keeping us together however is that it has us subsidizing each other. Conservatives and liberals want different societies to live in, or perhaps we should say that liberals have a narrowed focus compared to everyone else. They want an egalitarian society at the expense of all else. Others have a broader view and see how complex social order is actually better for everyone than the one-size-fits-all cogs in the machine status of equality, in which citizens might as well be machines. Even more, history is clear on the point that societies which go liberal are in their dying days. This is wonderful news if you are an egomaniac who wants the world to end when you die. But for others who have less personal fear of death the question expands to past and future in a historical context.

Equality has failed. By making the individual our goal, we have blotted out knowledge of the world itself and create a human substitute. As a result we live in denial and because of that, all of our policies create chaos and mayhem instead of positive results. It is time for us to separate, and the egalitarians to go to the third-world societies which represent what they will make of the West if allowed. Democracy has failed as well, and should be done away with. Consumerism has as well, having left behind massive landfills of fad products. The society made with the best of intentions made us miserable. Because it denied reality, it has made us equal cogs who serve as slaves to an illusion, working in ugly jobs, walking in ugly streets, struggling against the desperation of everyone else without a social order to unite us.

It is not that we are meek; it’s that we are egomaniacs and proclaiming individualism and equality set our egos free to block out reality without demands, desires, feelings and wants. Individualism — the Enlightnment — makes us nations of ourselves, with nothing in our minds but immediate benefit to us in the short term. If the world is burning, we encourage it to do so as long as it is not our house that is burning. We take delight in our own “escape” and congratulate ourselves on being smarter than those who were victims, secretly also glad that it all will burn so nothing outlives us. That anything exists outside of us insults our weak egos and makes us angry, so we conspire with others to destroy it. This is a spiritual sickness and a psychological disease but it is the norm here in the modern West and has been ever since the Enlightenment and advent of democracy.

We are now on notice. We can follow this path to our doom, or we can reverse course and pick another way that does not lead to this doom, but we are out of time to dicker, debate, discuss, argue, bicker, chat, postulate, dramatize and theorize. We must act now. Our future is one of two paths and we know where the path of democracy, equality, liberalism, consumerism, diversity and individualism leads. We need a new way or to die out. There is no other path.