So Just What Sort of Human Does A Great Society Produce? 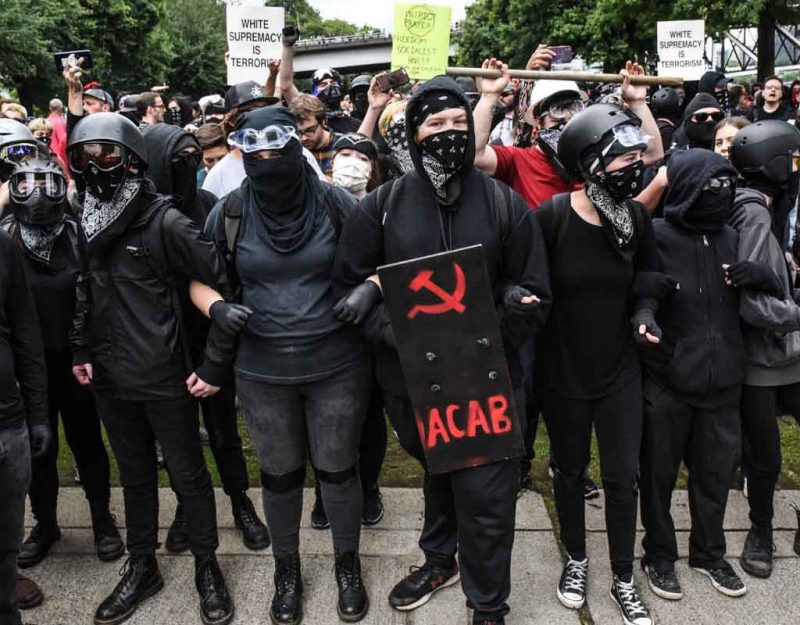 Amerika was promised a Great Society. Just what sort of human being does a “Great Society” produce? Once life is easier and nobody has to really strain, we’ll produce this generation that will conquer the stars. Oh, wait. Instead, we get the generation that can temporarily torch the local Wendy’s if they remember throw rather than drink the Molotov Cocktails.

This is just the sort Aristocrat of Nature our All-Amerikan Great Society has produced. Twitter user Lu wins The Internet for at least a decade for her description of our Aristocrats of Nature below. The loins that bred these putrescent execrations yea, verily should have been snipped with pinking shears.

Some of you have done NOTHING with your life and you’re mad. You have a college degree & a smart phone with access to virtually *anything* and you can barely get out of bed in the morning while you spit on people who built a whole world with nothing but a horse, map, & axe.

You’ve made nothing with access to everything. You’ve conquered nothing. Hell you can’t even conquer yourself. So go tear it all down. Scream into the void how unfair it all is. It’s not that you’ve wasted your short time here. Surely not.

Don’t bother with your own legacy you’re busy shitting on the long dead who aren’t here to care. Go burn down every Starbucks. That’ll show them. Torch the Target. Tear down every monument. Deface every memorial. But what have you built? What do you leave behind?

Don’t write an epic novel worth building a statue to remember you. Go troll seven year old problematic tweets ever on the hunt for the boogeymen. See now you’ve accomplished something. Cancel everyone. You’re a warrior now. A real hero.

And lastly whatever you do never ever take even a moment to self reflect on your own failures. Never own them. Never take a hint of responsibility. Remember you’re just a helpless victim of circumstances beyond your control. This all means nothing. Its like you weren’t even here.

In the end, when democracy achieves its own-goal of NPC Idiot Demotism, this is what you get. You grow the people you deserve. Those idiots with the pink hair, the Game of Thrones stuffed animals, the law degrees, and the worthless future earned from just being themselves were not a random occurrence. They were trained. Our so-called education system, law schools and all, actually selected for that. They each had choices and preferred this type of person.

There is no Magik Amerikan Dirt. The people brought from abroad will not automatically take root here. The people born and bred here will turn into weeds if they are treated like weeds and outsourced to daycare. A wise, old Chinese aphorism goes as follows:

I’d modify that a bit. Until Planned Parenthood gets 100% of the market share, you are going to grow at least some people. Sex will happen and then consequences follow. It works like internal dialogue. The process will grind whether it is intelligently controlled or not. The extent to which the process is eugenic and intelligent, you will grow useful people. To the extent to which you produce Aristocrats of Nature, you will wind up having to shoot them at the Wendy’s Drive-thru to prevent them from going on a pointlessly violent career and damaging people who just tried to show up and do what was asked of them.

I would posit that our internal dialogue as an Amerikan Society overdetermines the likelihood of which we can produce wholly-integrated, civilized, human beings. Do we expect any noblesse oblige out of these Aristocrats of Nature or do we let them parade around like the overfilled Stuffbags that were the early 20th Century Russian Boyars? Is there any condign negative judgement when sexual behaviors degrade to the point where they frequently produce the Aristocrats of Nature that wander aimlessly, trampling the verdure and defecation adorning the streets of Amerikan Cities like San Francisco.

The statues will be torn down. The precedents and conventions will all be erased from practice as they become unenforceable amongst the Aristocrats of Nature too ignorant to do much more than pick the bugs out of their itchy, louse-infested rectums when they are hungry for an afternoon snack. These Aristocrats of Nature will then rule the dystopic wastes the way warlords rule Somalia. A generation that produces nothing better deserves to see its children fall under the sway of nothing better. It’s Charles Darwin’s eternal cure for the hateful invasive species known as democracy.