Dethrone The MLK Statues And Throw Them In The River 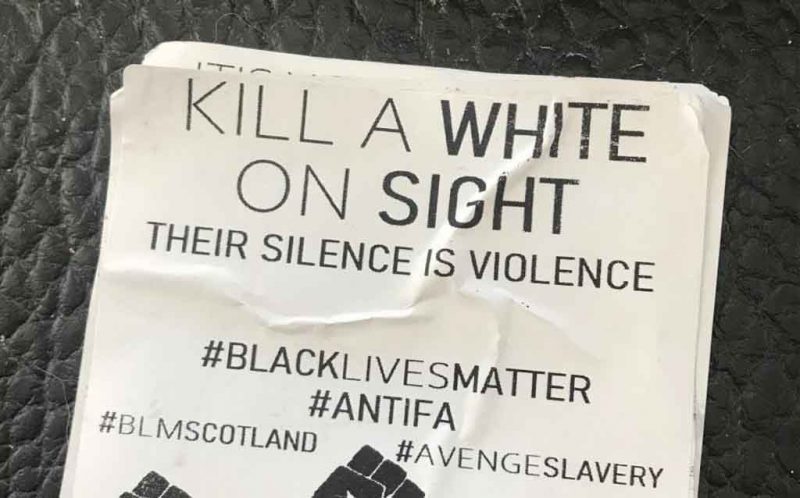 Leftists argue that we should remove Confederate statues because they represent the bad side of history, one that we should strike down and defeat. They were arguing that last week, at least; this week, they seem to want to remove any statue of a white person who was not an anti-racist activist.

That we even have to explain why this is a bad idea signals the continuing collapse of Late Stage Democracy. You protect history to avoid repeating it, and to honor the struggle people fought over, mainly because issues arise again and again.

No one wants to say it, but the Confederates and Hitler look rather intelligent right now for their uncompromising stances on diversity. What is burning our cities? Call them what they are: race riots. We are burning yet again for the unending failure of diversity.

While the Right always acts to preserve what it can against the onslaught of the herd, the Left possesses razor-sharp and laser-focused clarity of will. They simply want to destroy everything but Leftism. Only Leftism makes these lost souls feel (temporarily) good about themselves.

The dethroning and destruction of statues will not stop with Silent Sam, Christopher Columbus, or Winston Churchill. Emboldened by those successes, the ravening mob will become hungry for new blood and go searching for other remnants of our history to destroy.

When the good conservative cucks suggest that we put these statues in a museum, the Left exults. Yes, put them in museums where few will ever see them, and fewer still realize what they mean. Maybe put the museum in Alaska or in the middle of a desert.

Conservatives do not have the will to destroy. We know in our guts that humanity constantly agitates to remove and forget the past, which is why fallen empires never record their own destruction. Every great civilization ends with a horde of angry proles tearing apart its libraries, records, and artifacts.

How soon we forget our outrage at the Taliban blowing up the Buddha statues in Iraq! We lamented that loss of history. After all, this was ancient history, a rich cultural heritage, being dynamited just so that someone could seize the microphone today and proclaim his political and religious agenda.

We lament the destruction of ancient things, when we listen to our inner selves, because these are a connection to the past and through that, to the continuity between the dawn of time and the present that suggests life has some pattern or at least process which we can trust in.

Will future societies look back on our statues from the present era with a similar glow? Most likely, anything from the recent past will be seen as an artifact of decay and failure rather than a signpost to future glories and ancient wisdom. Those statues will end up in the junkyard.

Perhaps we would be better served, then, by forgetting the present instead of the past. We can dethrone the Martin Luther King, Jr., statues and throw them in the river. We can blow up the ugly modern architecture. We can burn all of the social justice books.

Since our present time is clearly failing and people are miserable, we have nothing to recall here except that we swerved down a wrong path sometime recently, and now everything is waste. We should hold on to the past; it is the statues of today that we need to dynamite, vandalize, and forget.

So Just What Sort of Human Does A Great Society Produce? | “Consooming” In The Brave New World