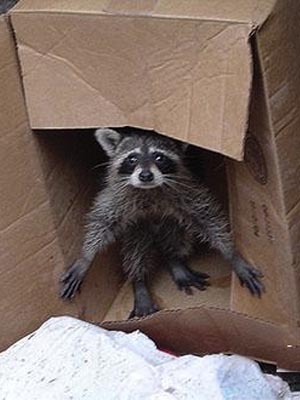 I hear a lot about â€œsharingâ€, these days. The self-styled â€œ99%â€ are big on it. As are legions of self-styled â€œpoorâ€, of which there are none, in the western world. Yet.
â€œThereâ€™s more than enough to go roundâ€, it is claimed, ad nauseum. Why canâ€™t â€œweâ€ have â€œour shareâ€?

Why am I using so many â€œquotation marksâ€?
I am â€œsharingâ€ them with you. I have plenty, and so I donâ€™t mind this. But even sharing such value-challenged things, takes effort. I have to hit that pesky â€œShift Keyâ€, every time I use a quotation mark, and my keyboard manages to not-shift rather too regularly, and so, at length, I end up annoyed and exhausted…

But really: what is this â€œsharingâ€ thing that so many people are so obsessed with?
As I see it, sharing involves giving something, as well as receiving something. And this concept seems lost on those who demand that â€œThe Richâ€ share what they have with â€œThe Poorâ€.
I wonder what â€œThe Poorâ€ are prepared to â€œshareâ€ with â€œThe Richâ€.

Itâ€™s a strange mentality, and not a sane one. Itâ€™s about â€œFree Stuffâ€ and the effect of â€œFree Stuffâ€ on â€œThe Poorâ€. Iâ€™ve seen it, over and over, every time I offer anyone poorer than me, a helping hand. A job, a meal, a handout, whatever. It fails, spectacularly to â€œhelpâ€. It does not help the recipient, and it certainly doesnâ€™t help me. What it does, is become immediately taken-for-granted, and when is the next installment due?

It is a supermarket mentality. Only the supermarket is a free supermarket. Like a convention of legitimate shoplifters, taking, taking, taking.
Thereâ€™s more than enough to go around, it is claimed. But what never seems to occur is how that stuff, of which there is more than enough, became available as â€œstuffâ€ in the first place.
If you need a car, you start with wondering where there is an iron ore deposit. Find it. Mine it. Smelt and refine it. Roll it. Stamp it… You get the idea. The finished car is a very, very long way off. Somebody, somewhere, times several thousands, had to invest huge amounts of time, effort, energy and resources, to come up with A Car.

Itâ€™s the same with everything:
Food: ever tried growing enough to support even one person?
Housing: ever tried building even a shed? Let alone a whole house…
Energy: let’s see you make electricity. Have fun.

No. Such things exist because massive amounts of effort were invested by massive numbers of people. Smart people. Energetic people. Disciplined people. People who could focus, concentrate, and persevere. People who could take risks. People of vision.
Now why would those people â€œshareâ€ the hard-won fruits of their labor, with the sort of people who expect it all to be theirs, by right, and for free?

Beats me. I just canâ€™t imagine.

Thereâ€™s a fable, somewhere, about a lazy grasshopper. Apparently he didnâ€™t make it through the winter. Although I did hear he had a memorable summer, lazing around, enjoying himself.

The idea of â€œEqualityâ€ is, of course, at the root of this insanity. We live in an age when the adolescent no longer faces any requirement to become an adult. The witless voice carries as much weight as the voice of those who have survived the arduous journey from childhood to maturity, gaining wisdom and perspective, along the way.

As long as there is no reason to grow up, such development will remain arrested. Meanwhile, the wealth stored up over generations will be plundered and blown, used up and not replaced, until – big surprise – there really will be â€œPoor Peopleâ€ in the western world. An entire population of them.

You want to do some good? Really? Then take this message, and â€œshareâ€ it!