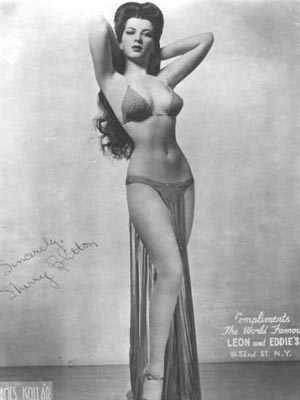 One of our society’s favorite excuses is that you cannot get to the truth of a matter because there are too many “shades of gray.”

This is their way of saying that they don’t want you to reach an answer because they’d prefer you simply shrug and move on and leave things as they are. Either that, or they want to convince you to avoid taking action, because decisive action is what the modern self-doubting moral hamster fears.

However, there’s a problem with shades of gray. It replaces a clear pattern with an ambiguity that is usually taken advantage of by idiots.

All of which is a poignant, personal way of alerting you to the fact that Cosmo has come up with a new name for this kind of nonviolent collegiate date-rape sort of happening: gray rape.

And some feminists are angry, and they’ve launched a letter-writing campaign about it, though if you’re reading Cosmo for purposes other than to revel in its unique special brand of inanity you have bigger issues with your sexual identity than what to call that time you fucked that guy you didn’t really want to fuck. I’m not sure what to think about any of this, because while Laura Session Stepp (the writer of the Cosmo story) is a tool, reading the individual stories of “gray rape” victims that so closely mirrored my own â€” they got too drunk! they said no, but then they passed out! when they realized they were having sex, they stopped! â€” I felt absolutely nothing. It was one drunken regrettable night. One of so, so many more to come. And I have found that when a guy demeans you in a drunken state, it is more likely to stick with you and haunt you if you give anything resembling a shit about his opinion. – Jezebel

On the surface, they describe a paradise that resembles those commercials for Nuva Ring: strong, independent women doing whatever they want to do and having successful careers.

Under the surface, we see bored women who are slaves to their jobs, with a string of failed relationships and so many regrets and emotional baggage that they’re incapable of bonding to anything more complex than an iPod.

However, she brings up a good point: why do we choose to have shades of gray, when we could just make a decision and impose black/white boundaries, and be done with the misery?

The high cost of this kind of “freedom” — which isn’t liberty so much as it is narcissism — is that people have to stumble through the learning that enabled us to create a civilization, but each person has to do it alone and only gets good at it when they’re 50 and it’s too late to matter.

Both MRAs and feminists are barking up the wrong tree. They demand equality, strong rights protection, etc. but these things do not produce happy lives. Instead, they produce broken ones.

And both groups seem to live in different worlds. To a feminist, most rapes go unreported. To an MRA, most reports of rape are false. Which is true?

I will advance a radical proposition: it’s not the rape, it’s the shades of gray. In the gray area, women toss out their sexual favors carelessly, and men run panting after them like dogs. The only way to prove your “freedom” (and thus, success) is to be having sex. The competition is high.

The result of this is many regrets. People regret having sex after sex, or during sex. They get pressured into sex they don’t want.

Worst of all, there is no convincing evidence. It’s all he-said/she-said. Two people leave a party, drink heavily, and go back to his place or her place. After that, there are no witnesses, and so a gray rape, an outright rape, or a false accusation look the same the day afterwards.

When we endorse casual sex, we put men and women at a disadvantage. They give away for free what should be a powerful bargaining chip, and as a result, they end up alone after a string of failures.

In addition, they fail to enjoy the process. Man versus woman is now an adversarial relationship, not a playful one. It’s people using each other for their own ends. Maybe the reason we are so quick to accuse bankers of causing all our ills is that secretly we recognize our own hypocrisy.

The biggest tragedy however is that rape is now a perpetual gray area. The courts are becoming reluctant to touch gray rape or acquaintance rape because the cases are expensive and far too often end in a situation where the truth is so unclear that to rule either way is injustice for someone. Lawsuits result.

If men want a future where they can both have a woman and enjoy her without all of the dysfunction, this future lies in doing away with “gray areas,” including the indistinguishable acts of casual sex and gray rape.