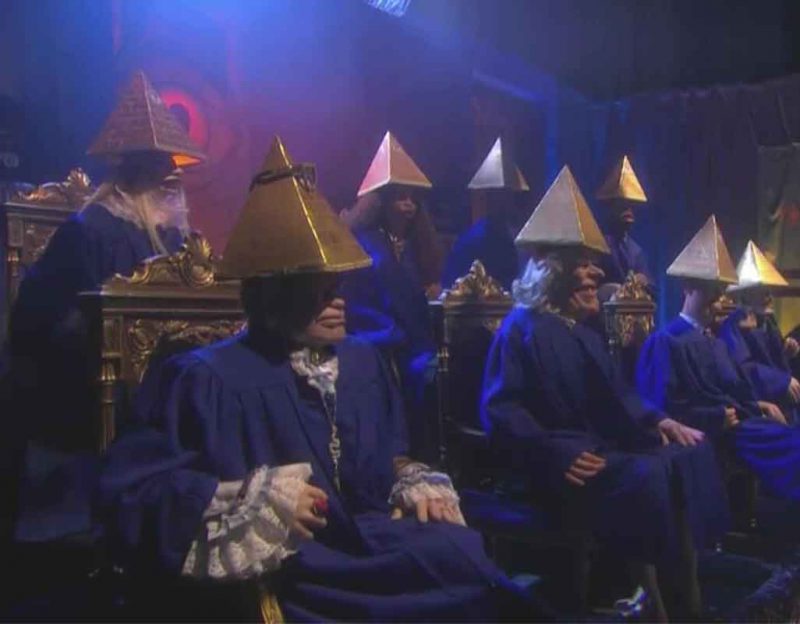 We might adopt a simple summary of history after the French Revolution in 1789: everyone went insane, they destroyed anyone not insane, and then in pursuit of their insanity they discovered oblivion.

Perhaps Herman Melville and William S. Burroughs identified the corrupt core of modernity best: the addictive pursuit of power and control as a means of defense against the rest, but which takes on a life of its own as symbol separates from reality.

We can describe it as a series of self-based words: self-hatred, self-pity, self-empowerment, and self-serving.

With an aristocracy, we exist in a structure that has three axes: vertical hierarchy, horizontal specialization, and then the mystical realm of quality, in which some things seem more refined to some people at the top of the hierarchy.

After an aristocracy, we exist in a System, or a carrot/stick control structure that rewards some methods and punishes others, hoping to both keep the herd in line and shape our thoughts around “approved” methods.

In addition, because it makes us equal, it removes all culture since culture consists of standards and standards produce hierarchy, therefore need to be liberalized (or: relaxed) before we throw them out entirely later.

This leaves us as only citizens of a political system and an economic system, entirely isolated and alone. Atomized, as we call this situation, we have nothing to live for but ourselves and our own desires.

Not just democracy but any form of utilitarianism ends here. If you attempt to do what makes most people in a room say they are happy, you always end up with disorder coupled with free stuff. People fear being found insufficient.

Plato pointed out that this condition rapidly leads to a collective mental health disorder where people can no longer think from cause to effect. They have no idea what they want, but try on different activities, identities, and desires as a means of staying current with the trends in a mostly-futile attempt to improve their own popularity: power, status, and wealth.

Everything in democracy becomes a symbol, because it is based on a symbol (=), and therefore soon the society disconnects from reality. Politics becomes a question of gift-giving; the society takes time, energy, and money from those who are capable and spreads it around to keep the many more less-capable “happy.”

This makes narcissists of everyone, tapping into the fundamental solipsism of humans, something that becomes unleashed when culture is fractured by diversity and disaster, leading to the conditions that create democracy.

We are all in the grips of self-hatred now. We know that we live for nothing, since culture is dead, and yet we cannot take the step of repudiating ourselves. We cannot admit, for example, that the voters have screwed up just about every question that has come their way, or that social trends are usually self-destructive, or that we indulge in self-hatred simply to justify our self-pity.

Justification forms the root of modern thought, after all. We justify all of our actions in terms of the approved symbols, and rationalize them based on accepted methods, claiming to be working toward those and equality whenever we need to hide our actual motivations.

All of this comes from self-focus. We either focus on order and structure, like the order of nature and the divine golden chain of being, or we have nothing but ourselves and our increasingly empty desires to drive us mad.