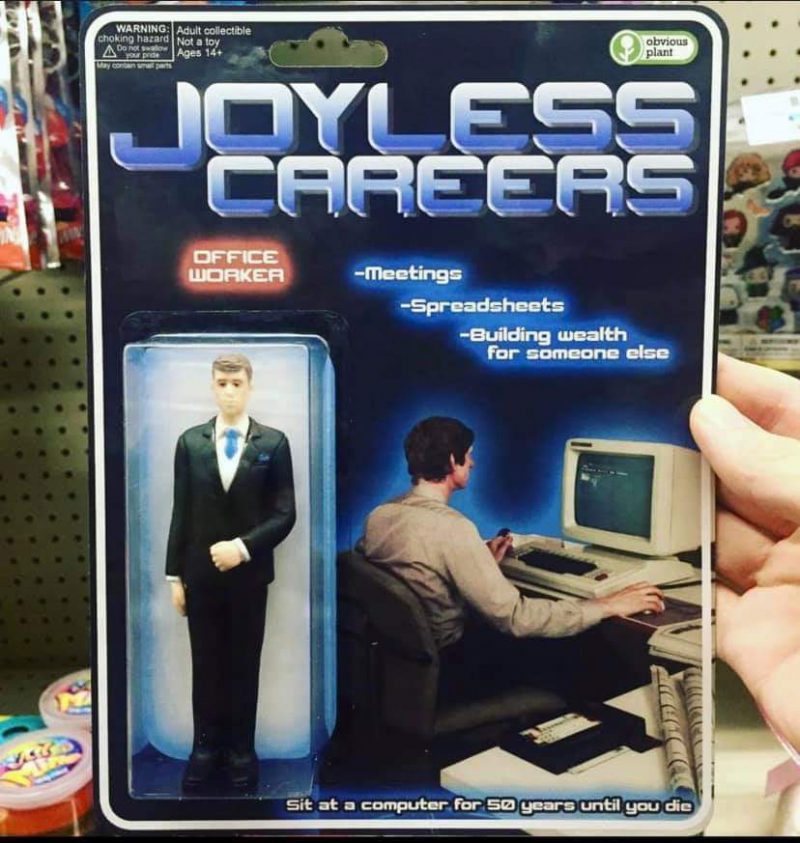 Let us study unintended consequences yet again because as nihilists, we accept that the basis of the world is a structure made of cause-effect reactions in long chains, not human intentions, judgments, emotions, or reactions.

The holiday is rooted in the late nineteenth century, when labor activists pushed for a federal holiday to recognize the many contributions workers have made to America’s strength, prosperity, and well-being.

Before it was a federal holiday, Labor Day was recognized by labor activists and individual states. After municipal ordinances were passed in 1885 and 1886, a movement developed to secure state legislation. New York was the first state to introduce a bill, but Oregon was the first to pass a law recognizing Labor Day, on February 21, 1887.

The first Labor Day holiday was celebrated on Tuesday, September 5, 1882, in New York City, in accordance with the plans of the Central Labor Union.

Unions follow the pattern of most human ideas: we react to an evil, and come up with a solution which addresses the evil but not the surrounding context.

As early industrial society expanded, for the first time we had people working mostly in factories and not on farms or in artisanal shops. Consequently, the new worker was anonymous and replaceable.

To counteract that, unions used collective bargaining to gain higher wages, but in the process, brought on costs of their own, since all of those lawyers and organizers need (relatively high) salaries as well.

Not surprisingly, unions quickly partnered with Communist groups and organized crime outfits, leading to constant violence and graft. Companies paid up until the costs got too high, then offshored.

Since unions were popular with the voters, Leftists politicians gave them legal protection. This led to the creation of a government agency designed to legally protect unions:

It is declared to be the policy of the United States to eliminate the causes of certain substantial obstructions to the free flow of commerce and to mitigate and eliminate these obstructions when they have occurred by encouraging the practice and procedure of collective bargaining and by protecting the exercise by workers of full freedom of association, self- organization, and designation of representatives of their own choosing, for the purpose of negotiating the terms and conditions of their employment or other mutual aid or protection.

This happened in 1935, in the midst of that time when Communism still seemed to be doing well in Russia and as a result, most Left-leaning intellectuals assumed that it was the future and the purest form of “progress.”

By the 1980s, unions had huge influence and had become even bigger donors to the Leftist parties. Starting with the work of Lee Iacocca, automobile makers worked around the unions by offshoring labor while retaining expensive (and non-unionized) roles at home:

It took just twenty-five years for unions to raise the cost of American labor to the point where most of it departed, making Asia rich and thrusting former factory workers into office jobs of a menial nature (McJobs).

Technically, the unions achieved their goal: higher wages. The consequence was that the jobs simply went away, and their replacements in offices were both less lucrative over time and less prone to unionization.

This classic tale of human folly would be funny if America had not repeated the error with high taxes and regulations, further making life here too expensive for anyone not on an executive pay scale in many areas.

From the viewpoint of history, we can see that raising the cost to everyone — insurance, socialism, unions, regulations, taxes — simply paralyzes the economy, and is always offered in the name of fighting social ills like low wages.