by Jonathan Peter Wilkinson on September 5, 2021 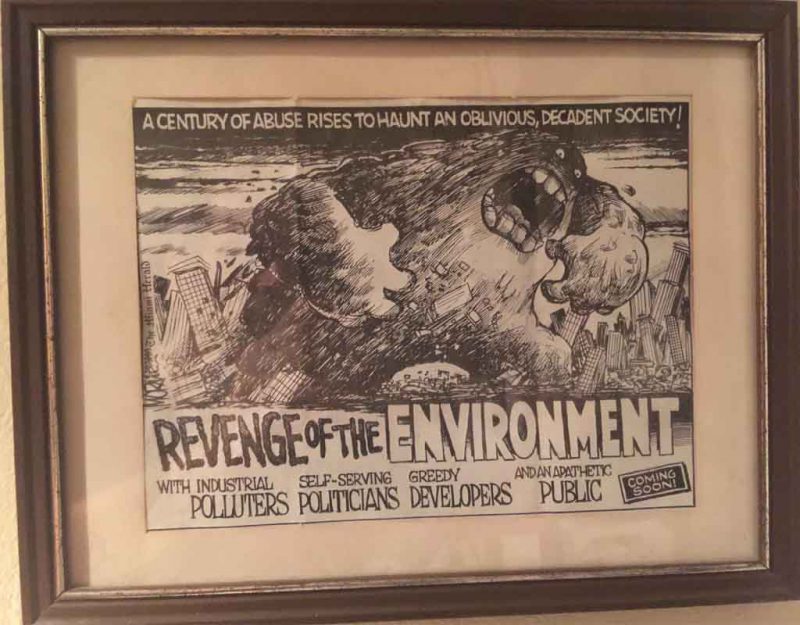 Leftists totally love the environment. This continues unabated until they suffer a hot, humid day when air conditioning would come in handy. Progressives operate the barricades athwart Anthropogenic Global Warming. This dedication carries on until gas prices make it unusually expensive to hit that Starbucks drive-thru. Joe Biden needs these Earth Day Patriots. He needs to let their illusion ride. The rest of world has decided they do not need them.

This sort of decision doesn’t become obvious to a materialist until a material impact manifests. This occurs via a transmission mechanism that transmutes the potential energy of belief and thought into the kinetic energy that does work in Street Level Reality. OPEC has once more volunteered to be a serviceable villain.

OPEC and its allies, including Russia, believe oil markets do not need more oil than they plan to release in the coming months, despite U.S. pressure to add supplies to check an oil price rise, four sources told Reuters. The price of international benchmark Brent crude has risen 35% this year towards $70 a barrel, driven by economic recovery from the pandemic and supply restraint by the Organization of the Petroleum Exporting Countries and its partners in the alliance known as OPEC+.

Just what would force the political leader of Amerika’s Thinking People to abandon the precious ecology so abruptly? Great love can come at a great cost. Make that cost go high enough on a compressed timeline and Joe Biden will decide that love stinks. So what made Amerika stop worrying so much about all the AGW in the latest IPCC jump-scare document?

On the day Biden was elected, Brent crude oil was under $40 per barrel. Today, it is nearly $75 per barrel. Likewise, average gasoline prices are currently 48% higher…

Many people talk about what we need to do to reverse ecocide. I hate ecocide, Joe Biden hates ecocide, and we should all hate ecocide. Kill the ecology in complete and merciless detail, and you die likewise. This a serious problem that deserves the attention of far more capable leaders than those on offer in the dying Amerikan Empire. These people are not on the menu. Green Kabuki Theatre is what is for dinner instead.

Act I – Amerika enjoys abundant energy, from multiple sources, and thereby gains the ability to produce great wealth and material good. Jobs are available, stores are stocked, and far fewer people want for the staples of existence than in previous eras of human history.

Act II – Solving problems like scarcity creates other problems such as ecocide, ugliness, and environmental degradation. The Tragedy of The Commons transpires and the owners of resources fail to rise above their own short-term greed. Conflict ensues.

Act III – Political animals discover this problem and demand action to solve it. This happens, a NEPA gets passed, or maybe a big, ugly, ecocidal pipeline gets canceled. Captain Planet hangs up the Mission Accomplished banner.

When TC Energy announced that it was cancelling its planned Keystone XL pipeline on June 9, management didn’t congratulate or even credit the tens of thousands of activists who’d battled against it for more than a decade. Instead, the death blow to the near 1200 mile pipeline came when Joe Biden, on the first day of his presidency, proclaimed that the United States would rejoin the Paris Climate Accords and—in an Executive Order—revoked the Keystone construction permit.

Act IV – Pain ensues because shutting down the pipelines makes the acquisition of resources continuously harder. Run six months of prices for Light Sweet Crude Oil and you get an approximate exponential price ramp of 5.39% per month since Keystone got gacked. At that point, another crisis ensues and the thesis of taking wealth away to reduce pollution is set against the antithesis of people who do not see ecocide as a big enough problem for them to lose material things. This is particularly true when the suffering skews somehow so that some people suffer for Captain Planet more than others do.

Act V – If Democracy functioned in accordance with its brochure, a compromise would be reached where less resources were burned per month than in Act I. More would be available to burn than in Act IV. Ecocide would still occur, but in a curtailed fashioned that smart and wise people could hopefully repair or reverse via original thought and hard work.

Since democracy leads to clown world, we get the laughable Potemkin where Joe Biden hammers Keystone Pipeline to flatter the environmentalists. He then makes a backdoor attempt to reinsert all the oil that gacking the pipeline removed from the economy. OPEC has decided that the planet deserves better – better than Joe Biden.

Can we really call OPEC + the villain here? Can we really assume that Amerika is the good guy? Maybe this how decent and noble Russians felt when they discovered that Soviet leaders lied about their willingness to clean up Lake Baikal.

At this point, the two camps are irrevocably split. Officials of the Baikalsk factory, beset by criticism, are refusing any interviews to foreign or Soviet journalists. Among the enviromentalists, there is a deep, abiding mistrust in everything coming out of Minlesbumprom. “The ministry has lied to us before. There were other decrees before, and each time they went around them,” said Rostivslav Phillipov, a Siberian writer who has been active in the struggle. “You can be lied to once; the second time, you will do some checking.”

Any decent knowledge of atmospheric chemistry lays to nines the sophistry of President Biden’s Energy Strategy. This is particularly true if the primary environmental threat to the atmosphere comes from the human release of greenhouse gasses.

The overdetermining pollutant driving AGW is CO2. An individual CO2 molecule will probably remain aloft for several months. This means that this molecule has a high probability of traversing a distance equal to several times the Earth’s circumference. Thus, it matters not where the CO2 molecule is emitted. This makes CO2 a well-mixed pollutant.

If the primary concern here is Global Warming, then any petrochemical’s point of origin is a non-factor in whether the pollution created via resource extraction inflicts a harmful negative externality. It will remain in the air long enough to do equal harm everywhere. Therefore, stopping Keystone Pipeline to fight Global Warming and then asking OPEC to sell more oil is the act of a disingenuous snake-oil merchant.

The stark truth here is that democracy does not preserve ecology in any meaningful way over a long period. It may intend to, but will go right back to tearing things up as soon as the people complain. Demotism eventually forecloses on the trust and the futurism necessary to balance the needs of humanity now versus the health of the natural environment later. Get enough people together in anger and any commitment that a democratic state makes to the environment will go the way of Amerika’s commitment to Afghan Women’s Rights.