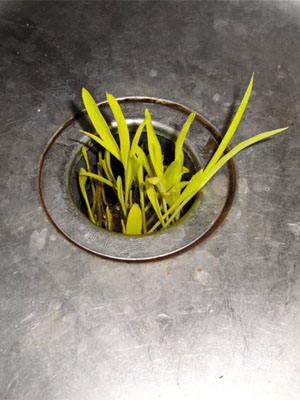 For most of our lives, we carry a secret with us that poisons our blood and makes us afraid to hope.

When we finally get old enough that we don’t care, we’re also old enough that people shy away from us in case we’ve learned something. People hate having their illogical plans sunk by someone who has actual experience of the topic at hand. They’d rather have grandiose fantasy.

When we are children, we are closest to the truth of the secret. The wound is still fresh; the snake in Eden uncoils, and we look into its fanged mouth and think, how did I go from the utter innocence of infancy to this sudden, growing dread?

Most of our youth is spent in distraction. If not school, socializing; if not socializing, sports or other competitive activities. When that fails us, we can spend too much time at the office and then go out for a drink. Most days, we can reduce our coherent moments to fewer than five minutes’ worth.

The secret is that society has no forward direction. It does not have a downward direction per se, but by not constantly advancing its own degree of organization, it has no direction and entropy does the rest. With each generation the millions of intricate bonds that hold it together are coming undone.

Like a wicker chair, it holds together long after most of its bindings have popped loose or sagged. But it cannot take much weight. Decrepit from lack of internal organization, and not from being made of weak materials, it awaits a good push to go from being a chair to being a pile of crushed reeds.

Enough articles on this site detail how the decay happens. We decide not to have values in common; this turns us on ourselves; we dismantle all social standards and institutions in favor of the raging manic ego “I.” The Crowd smashes not the lone individual but the idea of Reality itself.

Even worse is that people become terrified and cling to what they know, and deny anything else. Society becomes a giant Potemkin Village, gilded in positive slogans, freedoms, products, wealth and strength on the surface but underneath falls apart.

The destruction is so thorough the even the rebels are co-opted. They do not aim to change the system, but to make a name for themselves as changers while getting ahead in the dying hulk. They are in fact more dangerous as they have no allegiance to anything except themselves.

The result is a sickening division where in public we gather with plastic smiles and robotic nods and agree that everything is not only Just Fine, but advancing toward some mythical singularity with a higher moral state. Behind closed doors we face despair we don’t mention lest others see us as weak or stupid.

Having a secret puts you in a horrible position. You know a truth others do not, and do not want to know. As a result, you have highly valuable information that is worthless. You know that what you face is merely procrastination. Others are choosing not to act because it’s difficult and TV is not.

You are in the loop as a result. You know what must be done, but nothing will happen unless others also understand and you can work together. It’s too big, although you need fewer of them than you think you do. So you poke around, hint in cocktail party whispers about the reality, and see if anyone else wakens.

In the meantime, you despair that anyone else will understand and feel as if you walk the earth a cursed being. A Cassandra, or an abused child, or the keeper of state secrets in a time of war. It’s more stressful than any other “lifestyle” on earth.

Among the one-fifth of the population that is smart enough to have its own realizations in life and not simply to regurgitate what others mark as profound, most people sometime between ages 25-55 will figure out a hint or whiff of the secret. You can see the change take over them rapidly.

It’s why the old are cryptic and outspoken. They don’t show you destinations; they show you paths. You need to do the rest yourself. They do this to stay out of the polarizing politics of extremity, which constitutes an emotional lashing-out, like drug addiction, obesity or a child’s tantrum.

A secret like this is a heavy burden. Take extra time to take care of yourself today, because like a war veteran, you have seen too much to go back to happy oblivion again. And keep your eyes out for the others. Like a gathering storm, they come from all angles to form a vortex that blocks out the sun.

The good leader | Work is killing you