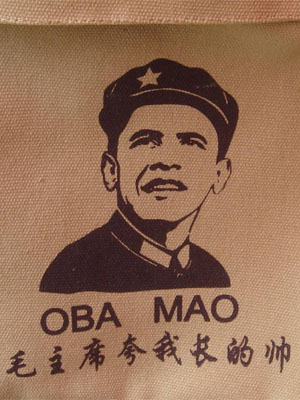 In the modern time, revolution has gone from a historical event to a metaphor.

We talk about “revolutionary” new ideas, universally use the term “revolution” to mean an overthrowing of the bad by the good, and frequently talk about revolutions in technology, social practice, sex, art, drugs, and more.

Our own origins are in two revolutions, first the American revolution which overthrew the idea of empire itself by liberating colonies, and second in the truly archetypal revolution in France, in which the many and poor overthrew the few and powerful. It only makes sense that we keep applying this template to our current ideas.

However like all good terms of political control, the notion of revolution is deliberately vague. We know it to mean something approximately like a group of people deciding the old way was bad, and joining together to seize power. Notice that there is no mention there of the consequences of their actions beyond seizing power; what matters is that they are now in control, and control is like an object they own or a bargain they score at Wal-Mart. It’s not a means to an end, like an enlightened leader using power to achieve a civilization of lasting grandeur.

Since our bias weighs so heavily in favor of revolutions, revolutionaries and revolution-istic thinking, we automatically assume that anyone who is revolted against is (a) bad and (b) obsolete. The point is renewal, like changing our disposable trash bags or shopping for new entertainment goods. We worship the new, novel and different as part of our revolution cultism. As a result, if a revolution occurs, we assume the people pushed out of the way deserved it. In order to avoid having a revolution overthrowing our current society, which we claim to like, we give handouts to the crowd, usually in the form of freebies (entitlements) or permissiveness (more freedoms, even ludicrous ones).

This puts an interesting spin on history: for the first time, history is exclusively a moral judgment. We are no longer thinking in terms of how things come about, but what our feelings and judgments are about those things. In the post-revolutionary world, if enough people feel and judge against something, there might be a revolution! For this reason, we moralize history and those who take the least radical stance are those who win, because they’re least likely to be deposed by revolution. We assume revolutions are a morally corrective force replacing the bad.

However, that type of thinking obscures a historical fact: revolutions don’t have anything to do with actual injury. They have to do with perceived injury, because by its nature a crowd formed of angry people knows nothing about the actual circumstances, and forms a circular logical chain whereby it cycles its own dissatisfaction, amplifying it like a feedback loop. Revolutions are not political, or even more, although they pretend to be so. Revolutions are fundamentally a social activity.

â€œI had discovered that it didnâ€™t make any difference whether you smoked reefer in a white classmateâ€™s sparkling new van, or in the dorm room of some brother youâ€™d met down at the gym, or on the beach with a couple of Hawaiian kids. â€¦ You just might be bored or alone. Everybody was welcome into the club of disaffection.â€ – The New York Times

Disaffection is a social response to the challenge brought on by a less than optimal condition. For example, the French Revolution was brought on by the increased power of the monarchy allowing them to standardize commerce, health and production, which meant that more citizens survived to reproductive age. This in turn causes a population bloom at the lowest strata of society, which then outpaced its resources and in coincidence with several mundane misfortunes, produced a food crisis and then a power crisis.

The fault was not with the leadership, but with the people who would become the revolutionaries, but they didn’t care. This was not a fact-finding and analytical endeavor. It was a social one. We are all familiar with tricks of the human mind like displacement, projection and cognitive dissonance. All are in play here; when something goes wrong, we want someone to blame. Once we’ve blamed them, that lets us think in terms of justification, working backward from what we want to a reason why we should have it. That in turn leads to the creation of a morality of why we should have it, and when the world doesn’t reward us, a strengthening of that morality to the point that we deny reality itself.

When the talking heads on the news, or our political leaders, or even our friends want to justify a seizure of power, they start talking in revolutionary logic. This is a script, much like con men use to talk their marks out of their money. A script works based on the assumptions we make as part of our culture and experience, such as the idea that if a revolution has occurred, it’s some Hitler getting disposed not a strong but benevolent leader. It’s easy to talk people into revolutions because blaming all of our problems on leaders and social institutions is easier than owning up to our personal problems, fixing the details that are out of place and using self-discipline to force ourselves to leave our comfort zones and actually achieve something worth doing. (Coincidentally, this is the only activity that makes people feel truly alive.)

As the fruit of the revolution of 1789 continues its rapid plunge into the abyss, showing us that it’s not the method of revolution but the goal of revolution itself that is dysfunctional, people are going to react to the emergency as they always do. They will demand more of what has worked in the past. They will not recognize at first that when what worked in the past doesn’t work, it’s time to re-assess and choose a new method. They will claim their method is new; after all, it’s a revolution! However, they’re preaching a tired and dead, old and calcified order that never had a chance of working. Remember, revolutions are not related to an actual injury.

When this happens, other people will expect you to go along with the script like everyone else marching in brain-dead hive-mind lock-step toward oblivion. The correct response is to raise your paper, push your glasses further up the bridge of your nose, and do the only actually “revolutionary” act you can: ignore the impulse to follow the herd in yesterday’s folly, and instead begin planning for your role in a post-revolutionary civilization.

Means versus ends | Remember the fallen