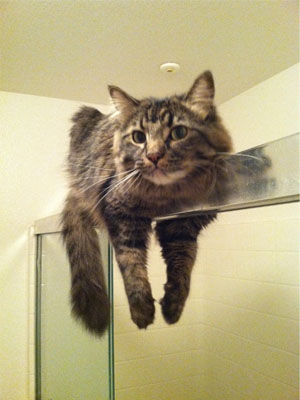 This year is a good year to re-assess your political viewpoint. Across the globe power structures appear to be readying for a change.

One amazing fact of politics is that very few people systematically analyze the question of politics and form their own political inclination to match what they know to be true. Instead, an alarmingly large number of them adopt political viewpoints based on vague emotional associations, social groups, or perceived social status gained from having the “right” opinions (this varies with where and you who are).

As a result, across the spectrum of writers on the right, there has been a re-assessment of what it is to be right-wing. On Amerika, we have presented the simplest possible formulation of rightism: consequentialism, or a concern for ends (results, goals and reality) over means (methods, socialization and how we treat others). The reason for this tendency in rightism is that we believe there is an order to life itself, whether inherent or chosen for its optimal results, that is larger than the individual and the feelings, desires and social impulses of that individual.

In other words, we believe in objective reality. Out there between all of us is a world where dropped rocks always fall, and our actions always have consequences. In fact, these consequences are consistent between similar actions, so we can often predict the results of an action before we even do it. Some even believe that the study of action (means) and consequences (ends) can reveal the nature of our world and universe, much like scientific study or reading history.

On the other side is the left, which is a spectrum of beliefs from anarchism to socialism to communism. They believe that interpersonal relationships, and how we treat others, are most important. That means that it’s better to fail while behaving well than to succeed while behaving badly. What emerges from that statement is that the question of “goal” is removed entirely. To a conservative, the goal of your actions is what determines whether your behavior is good or bad. To a liberal, how you go about achieving your goal is what determines whether your actions are good or bad. The liberal formulation removes an assessment of the goal itself, as if wanting to remove intention entirely from the picture. Conveniently, this enables all goals to be equal, since they are unconsidered. This avoids troublesome separations that mark some people as having far-reaching vision and a responsible outlook, and others as simply passing time with whatever distractions they can muster.

The left will use any adornment to dress up their basic approach. They may say boldly and self-abashedly that it’s better to fail while acting in the “right” way, than to succeed while acting in another way. They may talk about morality, fairness, justice, equality and other pleasant-sounding terms. But at the end of the day, what they are masking is a hostility to goals. If you spend all of your energy of thinking in trying to ensure that your goal is a fair one, and will result in a better situation than another course of action, your methods are for the most part irrelevant. This can be taken too far and result in utter barbarism, but that’s rare, and even so, consider the two cases:

If those are your two choices, which is logical to choose? Assuming the goal is necessary, the second option is suicidal. Even if it requires barbarism to accomplish a necessary goal, its necessity makes it immoral to consider any option but accomplishing the goal. We frequently encounter this moral question through hypothetical scenarios: if a nuclear bomb is about to go off in a major city, and a bad guy knows where it is, do you torture him to find out where the bomb is so that you can save the people in the city? You either torture him (bad means) or you allow a fusion holocaust (bad ends). Or the question of the zombie outbreak in a small city. If you quarantine the area, you condemn the un-infected people in the city to a horrible death. But if you don’t quarantine, you could lose the entire continent or more. Another option is the runaway train scenario: you are steering a runaway train that is approaching a fork in the road. If you take the left branch, you’ll run over a family of three. If you take the right branch, you’ll run into a tanker car filled with nerve gas that could rupture and wipe out the ten million people. Collateral damage is bad, but creating a situation where the stability of society itself is threatened is much worse.

The means-over-ends calculus will always be more popular. First, it allows people to posture and claim moral superiority. “I would never treat someone that way, no matter what the cost,” they say. Second, it removes the question of goals, and thus makes behavior equally accessible. It takes someone with leadership intelligence to figure out a decent goal, but it takes very little intelligence to apply a series of basic behavioral codes. Third, means-over-ends is paralytic. It means that if any person is injured by a potential act, it cannot be done, since by the means calculus, that act is then immoral. We cannot torture people, create collateral damage or in any way treat people unequally. That eliminates most decisions, which puts society on auto-pilot as we avoid making choices and then accept whatever inertia renders unto us over time.

People don’t like to think this way, because it’s somewhat cold-blooded, but the ends-over-means calculus is the only thought process that works in any situation. You first determine what is the correct goal, which is a type of morality based on results and not methods, and then you apply whatever methods you need to do to get to that goal. This way looks toward the future and considers the whole, lessening the value of the individual but instead avoiding a collapse of social order which affects all individuals.

Smarter people tend to be more emotional and to have a hard-wired need to do the right thing. They are as a result easily subverted by changing “do the right thing” from achieving the right results, to acting in a way that looks as if it’s a result in itself. Which is more moral, achieving a morally necessary goal, or failing to achieve that goal while acting morally on inconsequential methods? If you nobly and honorably avoid torturing a terrorist, and his nuclear bomb vaporizes the whole city, was that a more moral outcome? The West has been subverted by a sleight of hand that holds that a dishonorable result achieved with honor is better than an honorable result achieved through trickery.

We are not the first generation in history to confront this issue. The Odyssey, written thousands of years ago, confronts this question as its underlying theme. Odysseus is forced by necessity to lie, cheat, steal, deceive, murder and even abandon those who are close to him. He must keep his eye on the goal, which is to return home, and ultimately he achieves it. If he used a means-over-ends analysis, he would be lost still. Further, his wife who is beset by suitors also uses an ends-over-means analysis, deceiving these suitors so that she can hold out hope that her husband will return. The Odyssey was passed on through the centuries with this important message. Homer and the wise bards who re-told that epic poem knew that Greeks, like the Europeans to follow, were smarter than average and thus disproportionately susceptible to the sleight-of-hand that replaces honorable ends with dishonorable ends and “honorable” means. As a result, they wove consequentialism throughout the story.

As the people in the West who still have functional minds awaken from the two-thousand year jaunt into a Utopian dream, they are re-discovering this old lesson. If you use a means-over-ends analysis, you will be unable to make long-term decisions or in fact make any decisions until the crisis is upon you. As a result your society will die a “death of a thousand cuts,” with each successive slash draining more of its lifeblood until eventually it collapses. On the other hand, if your civilization re-discovers an ends-over-means analysis, the central question of that civilization becomes the study of what goals are moral, and thus the civilization becomes forward-looking and aims toward optimal choices instead of simply expedient ones.