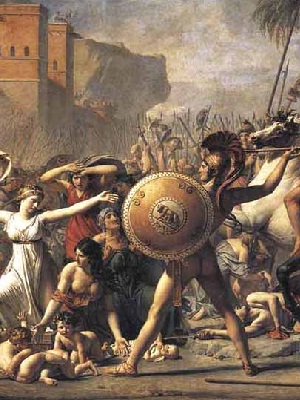 In the absence of culture, we have government-designated holidays, but that fact does not invalidate the sentiment behind them.

Memorial Day in the USA exists to commemorate the dead of our past wars. These are men and women who fought and sacrificed for what they believed was the right thing to do.

Unless we are divine beings, we always have the capacity to be wrong. In fact, the amount of wrong may not vary inversely with social approval; the more something is approved of and seen as normal and mundane by others, the greater the wrongness may be. Our past two world wars were hard fought and well fought, but because our political objectives before them were confused, those wars were also confused in motivation and ended up being fratricidal and destructive.

Nonetheless, those who fought in them gave of themselves for a belief in defending good things against bad things, and even if this was a mistaken belief, the thought counts more than the actuality. Given the nature of history which moves in sea changes more like plate tectonics than a series of rational human decisions, it is likely that it was impossible to avoid cataclysm. The sacrifices of our servicepeople were not in vain, nor were they misguided. They were like so many things in life the best that was possible at the time.

What we should remember, in addition to honoring our fallen, is that greatness slumbers within us even in this time of non-values. Although many choose to be callow avoiders of burdens, others rise to the challenge. Within our people is the spirit to do right and to risk giving all to achieve that idea, the golden concept of an order of right created on earth. What we must do is awaken our brothers and sisters from the moribund dream that is liberalism, and give them ideals worth fighting for once again.