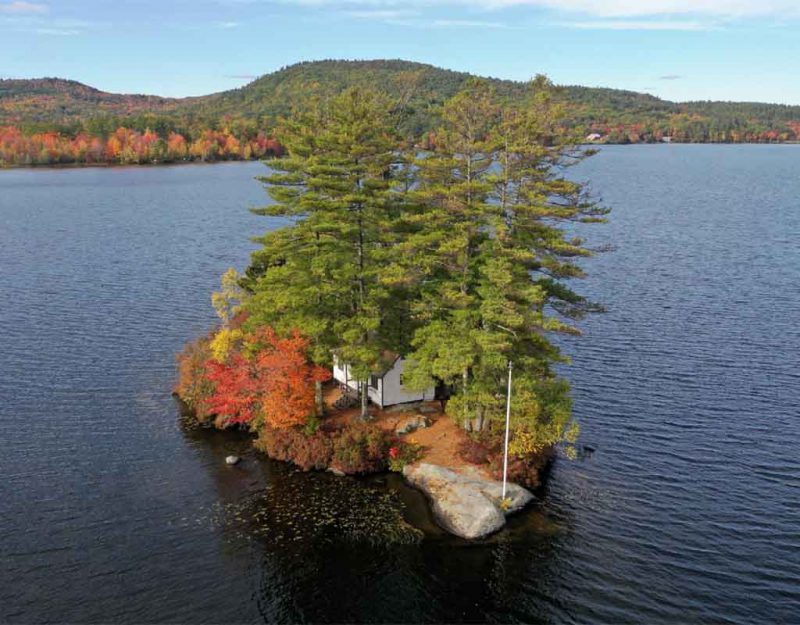 Modernity has a weird way of turning miracles into disasters. Refrigeration was a miracle of modern technology until the Bromine cannisters leaked, the NOx and BrOx Cycles were detected, and all of civilization feared for the stratospheric O3 layer.

The reaction rates of ozone depletion cycles were fortunately attenuated beyond areas where Polar Stratospheric Clouds provided catalyzing platforms for the chemicals to frequently interact, so we all dodged the big skin cancer bullet on that one.

We are now dealing with another major panic. The WHO has now been officially acknowledged that Covid19 is a pandemic. I’m now allowed to don the tinfoil headgear without being socially mocked.

The World Health Organization (WHO) today declared COVID-19 a pandemic, pushing the threat beyond the global health emergency it had announced in January.

I mentioned the PSC component of the BrOx and NOx Stratospheric Ozone Depletion Cycles above for a reason. Covid19, like The Antarctic Ozone Hole, may be severely limited by increasing temperatures as The Northern Hemisphere approaches Spring Thaw. This would suppress the nasty little bug because the vast majority of its human prey lives in The Northern Hemisphere. This wouldn’t obliterate Covid19, it would just seasonally limit its range and lethality. Covid19, like ozone depletion would become apart of the background damage the feckless human race inflicts upon the planet that it lives on while using it as a garbage dispenser.

Or maybe we don’t get to make like Roger Waters and become comfortably numb. Maybe this sucker does just fine with a suntan, and your decisions and actions are determinate of the extent with which this particular pandemic then kills. Steve Sailer takes a whack at perusing predictions of just how bad this thing really is. He tells us the following.

So, since the potential Butcher’s Bill here varies by an order of magnitude of three zeroes, it would seem intuitive to make like smart, little monkeys and do what smart monkeys do to chop off the last three 0’s off the end of that death toll. Well, except !RACISM! Really? Yes, really.

Nearly 22 million students eat subsidized meals at school. Most aren’t white. A 2009 study found that 29 percent of white 4th graders were eligible for reduced-cost lunches. No fewer than 74 percent of blacks, 77 percent of Hispanics, and 68 percent of American Indians were. When schools become social service centers, some teachers think fighting racism and feeding non-whites is more important than public health. Thus, many schools will stay open. More people will get sick. More people will die, especially the poor, uninsured families whom teachers think they’re defending.

And it’s about more than just feeding and grooming all the pet diversity. Keeping them in a familiar environment makes them think they permanently belong there. It may have nothing to do with the health and education of all these young kids.

This, right here below, may be far more important to the Education-Industrial Complex than the commonweal of Amerikan Youth.

The feelings that may arise throughout this inadvertent online application of learning that schools have placed on their students, may create a dialogue among the entire student population, that attending American K-12 ‘brick and mortar’ schools or even ‘brick and mortar’ colleges and universities may be unnecessary. With the rising costs of colleges and universities, and given how these institutions have become such news-makers regarding professorial indoctrination while pushing radical ideologies on their students, the current crop of American K-12 students may realize that online education is not only a successful environment, it may be a far healthier one. Suicide, is in fact, the number one cause of death among college and university students — but this isn’t the case when they attend online.

So we have a choice here. Do we socially distance and reorient our society away from possible infection vectors? An individual’s opinion on this could depend on two important factors.

1) How heavily does the person in question depend upon global interconnection for their living and subsistence?

2) How much does that individual truly give a crap whether the Amerikan death rate from Covid19 is 5K or 5M? What is in an alpha-numerical abbreviation anyway? More than text characters? Maybe, maybe not.

To answer these two questions, we get to ask a few more. It gets to be like that time with your sweater when you got one strand snagged on a metal fence and then carelessly started walking away. We then ask why an Amerikan would depend on a bunch of foreign countries to make a living. Doesn’t that fundamentally undermine the concept of the USSA even being a truly independent nation? Is a nation that can’t reliably lay hold of 97% of the materials required to brew its antibiotics without another country’s permission really ruled by its own domestic government?

In the discussion, Gary Cohn, then chief economic advisor to President Trump, argued against a trade war with China by invoking a Department of Commerce study that found that 97 percent of all antibiotics in the United States came from China. “If you’re the Chinese and you want to really just destroy us, just stop sending us antibiotics,” he said.

And on to the 2nd question. Does a nation that is melting pot, with no common unifying characteristics, breed mutual concern among its population? If you are nothing like the neighbors to the point where you don’t even share a mutual language in which to communicate, do you cooperate as you live together or compete? When their kid gets into Stanford do you congratulate them? If you do, are you secretly wondering whether their slot got stolen from your own bright and perspicacious offspring?

You may act all concerned and decent towards that neighbor, but if the fit hit the shan, would they have any concern for you? If you can’t answer that one in the affirmative, then why would you care if they got Covid19’d straight to some sulfurous hell? Extend that Black Pill Logic of Evil without loss of generality, we now ask why the typical deracinated Amerikan would care whether the death toll is 5K or 5M.

To determine whether the average Amerikan really cares how many die from Covid if they aren’t one of the ones taking the dirt nap, ask yourself how much Cersei Lannister would have cared. So now we’ve basically established three things.

1) We only get this pandemic under real control by unplugging the Globalism. 30 of the 35 USSA states with verified cases of Covid19, got their patient zero as a result from travel to or interaction with individuals from Europe. Trump bans all travel from Europe for 30 days. Trump is obviously a !NAZI! That begs the question of just how much of a problem do the powerful people in Amerika consider Covid19 to be when fighting about it doesn’t allow them to virtue signal or play more ruthless politics?

2) People care more about having butts in the seats of all the institutions and having the latest IPhone available than they do about the welfare of their neighbor. The Globalist economy pays them based on having butts in the seats of the indoctrination centers and IPhones on the shelf. Very few people are actually paid to care whether you make it home tonight alive. Those that actually are, are not paid particularly well. The Globalist economy pays those who get the widget out most cheaply and most rapidly. It pays nothing to make sure your nation has an antibiotic supply. It would drive you out of business for trying to do that via cheaper labor and material sourcing.

3) Nobody around you really cares about your existence because in a modern, globalized economy, you are so totally different than they are that they consider you an otherized freak. Feel lucky if the neighbors don’t secretly wish that you would die from Covid19. See how !DIVERSITY! is everyone’s strength?

In conclusion, Covid19 is just the warm-up act before the real pandemic emerges. Chuckles Darwin hasn’t even gotten his tool set out yet to start turning the screws on this puppy yet. We will face a pandemic in our future that will make this one look tame. Right now, we’re more concerned about what the lawyers will do to us if we misbehave than how our country will get that other 97% of our antibiotic demand that we don’t manufacture at home. Globalism is a pandemic unto itself. There is no vaccine for it and we need to unplug or die.