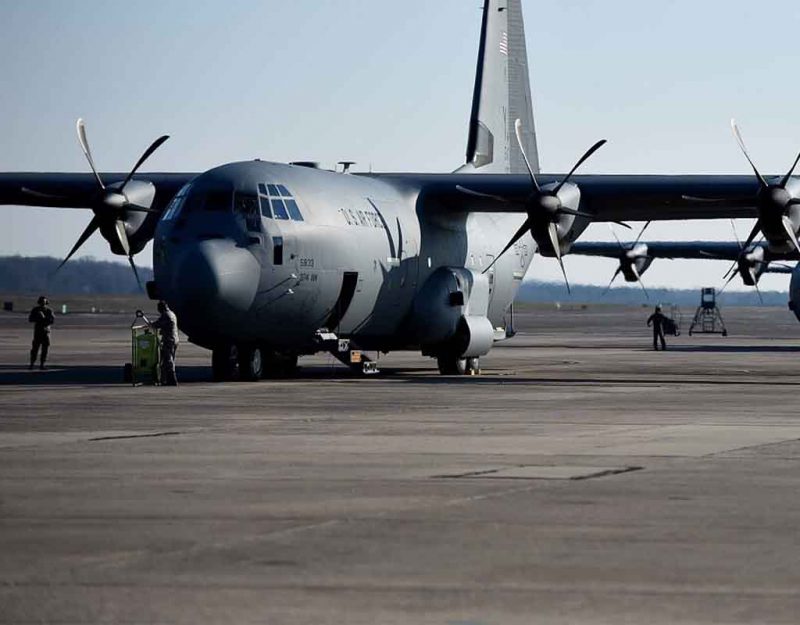 We are fortunate at Amerika to be able to present the second installation of the exciting dystopia saga, Crosses & Double-Crosses by Clayton Barnett. You can find your copy on the Jungle River store, but first, read this week’s segment of the story, “Tulsa Time.”

“Apologies, Miss,” he said with a nod before turning about and leaving.  She looked at the printed words on the thin paper.

So much for Tulsa, she thought.

“Kharachan!” she shouted for her rat-like but very useful aide for these few months.

She saw him slouch out from between two tents; God only knowing what he’d been up to but she’d yet to find fault with a single of her orders to him.

“I’m back to the Capitol today,” she began, snapping her laptop shut and standing.  “One car.  Get me a driver and a gunner.  Tell Stricklin that once the fallout from Wichita clears I want my people here to divide.  Half of them, er, call them Task Force B, to rendezvous with Deputy Director Stephens and his men at Tulsa.  Got all that?”

“Thank you, Kharachan.  I’ll see you at some point in the future!”

“Of course, Assistant Director!” he replied.

“Of course you will,” he whispered again, once she was safely gone.

It was a bit under two hundred miles from Oklahoma City to the Greater DFW.  Sylvia dozed fitfully in the back seat, waking only at a chime from her phone.  Sitting up and looking about, they’d just reached Denton.  With a quick look at the two men in the front seats, who took no notice of her, she reopened her laptop.  After a moment a simple graphic of three interlocked rotating gears appeared with a text box below.

What now, Thaad? she typed.

Your guess was correct:  to counterbalance the Mexicans they are moving to take at least half of New Mexico.

But I had no time!  To try to lay the seeds of an organization in Oklahoma!  Sylvia’s fingers flew across the keys.

Fret not; you will.

You will find out in a few hours.  However.

I am not the only one who is not to be relied upon.

The car’s heater might have kept the late northern Texas winter at bay, but she suddenly felt as if she was caked in ice.

As their car just passed Lake Lewisville they slowed to see two armored Hummers and a Bradley Fighting Vehicle on the road just ahead.  At a wave from one of the men there, they stopped.  Her driver only partially lowered his window as her gunner took his machine pistol off Safe.

“Sorry to interrupt,” the sergeant said, waving a piece of paper in his left, “but we got a BOLO for an ExComm car coming south.  I’m to pass this on.”

He carefully slid the paper through the car’s window and took a few steps back.  Seeing her name on the outside, the driver passed it over his shoulder while shutting the window against the cold.

“We’re ordered to be diverted to DFW airport,” she announced. “Why I don’t know; that place has been empty for months now… do you know the way, Richmond?”

“Yep,” her driver replied, already accelerating, albeit slowly, past the armored units.  There was a click from the gunner putting his pistol back on Safe.  “That’s a big plot of land, though.  Anywhere specifically?”

“Not according to this,” she replied, wadding the paper into a ball.  “If we’re expected here, let’s hope we are there, too!”

Turning off the Interstate to the southwest she noted the gray and black smoke to the southeast, the center of what had been Dallas, was denser than she’d seen.  Ten minutes later, almost to the airport’s northern boundary, she heard her gunner mutter, “what the hell is that?” while leaning to look up through the windshield.

With a roar of turboprop engines – something not heard in months – the C-130 passed over them, still climbing from its takeoff.  It was such a surprise that their driver pulled to the side and stopped.  Sylvia got out to turn back north to watch it.

“Another one!” Richmond said.  She quickly turned back around to see a second military transporter fly over them.

“How many are there?” she wondered aloud.  Not just the fuel, but the manpower to do something such as this… there was only one organization in the new state with that kind of authority.  And where are they going?  To bomb Wichita?  That seems excessive…

Some MPs at the old main entrance, upon learning who was in the car, directed them to a group of tents only about a thousand yards ahead, just off of the road.  The watchful security, even by ExComm standards, seemed excessive to her.  As the vehicle rolled to a stop a young man quickly stepped forward and opened her door.

“Assistant Director Fernandez?  Please follow me!” he turned quickly and walked off.

He led her to a larger tent in the middle of the rest as two more flights took off.  There were half a dozen men on radios and computers lost in their tasks.  Her guide waved at the outer flap and did not follow her in.  Just inside were three more men on radios, two poring over a map – of greater Dallas, she saw – and one more with a rifle at the next flap.  He tilted his head to indicate she should proceed.

Didn’t anyone think to bring a few space heaters, she thought unpleasantly with a small shiver.  Pushing through the next flap she drew up short.  And shuddered again.

“Hello, Miss Fernandez,” Clive Barrett said without looking up while standing before a rectangular folding table awash in paperwork and maps.