Passive aggression in politics involves accusing your opponents of racism, and using that moral high ground to create an entitlement society. The only problem is that entitlement societies destroy the productive middle class and doom the entire society to poverty.

Since 1789, when leftists overthrew the aristocracy and murdered them at the guillotine, the left has engaged in a policy of passive aggression.

For the past sixty years, the left has had one sure-fire charge to level at the right: “You’re racist/sexist/homophobic/classist/elitist.”

No one wants to sound like they judge people based on the category of their origins, so this insult is eternally popular because the mentality it describes is eternally unpopular. Of course, fast food and heroin are also eternally popular, so that might not be the best yardstick.

This is backward rationalization at its worst. Instead of acting like sane people, where we formulate a goal, study what is required to do it and then pick the best option, we think backward. We pick an option we like, and then invent reasons why it “should” happen — completely ignoring practicality and other moral viewpoints. 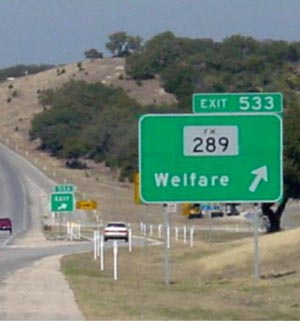 They also claim that Tea Partiers are racist because someone in the crowd, who may or may not have been a Tea Partier, may or may not have screamed a racist epithet. Never mind that agitprop — sending someone to pretend to be your enemy, and then do something obnoxious — is as old as politics and more common than people think. Just trot out that magic accusation!

It’s no different than 1789 in France where if your neighbor had some cows you wanted, you could call him a “monarchist sympathizer” and take his cows while he went to the guillotine. Or the oddity in the Salem Witch trials where many of the “witches” had desirable land that their accusers bought for pennies on the dollar… after the trial and punishment, of course.

If your kid is failing in school, backward rationalize and call the teacher a racist for grading him down for not attending and not doing the work.

Never mind that calling Republicans racists is a decades-old liberal strategy and that Obamacare does, indeed, contain racial preferences — for everyone but whites. Keep using that insult. They’re elitists of some kind: monarchists, classists, racists or maybe even they believe intelligence has a biological origin.

Even more, ignore the left’s own racist policy of importing voters so that their low approval ratings with domestic voters can be statistically obliterated?

The grim truth of it is that Tea Partiers and others are rebelling against entitlement programs because they see them as siphoning cash from the most productive, and handing it to the least productive. While this buys votes, it makes a civilization disintegrate, as we saw in Russia, and France, East Germany and anywhere else this was adopted.

This is entirely separate from race as the historical examples show. Where race comes into the picture is when the left brought it into the picture. They noted that in the USA, our underclasses tend to be African-American, non-white Hispanic and South Asian, while our upperclasses tend to be North European, North Asian and Jewish. There’s a sense of revenge against those who are living the good life by others. And if they have to suspend reality to do it, and kill the goose that laid the golden eggs so they can have gold paté tonight, heck, that’s the ticket to more votes!

While the left likes to be passive-aggressive, and pretend they’re oppressed by the right, the real truth is that socialist-style entitlement programs have been steadily growing since 1950 and now are the biggest part of our national budget, where during the years when this country was strongest, they were smaller.

When you say that to a leftist, they trot out the same tired graphs showing that nations with more social spending have more income equality, which we’re supposed to guess is better. What they don’t tell you is that it takes time for policies to show effect, so that more equal income distribution is probably not a result of social spending, but other factors that predated these mostly-1960s programs by decades.

If you look at actual results, outside of figures about what money goes where, you’ll see that social spending has failed to curb poverty and in fact in many countries, as in Sweden, has contributed to devaluation of the economy, which shrunk from being Europe’s largest to ranking tenth in per-capita GDP.

Nevermind that in the USA, which leads the world economically, the rich pay the most taxes and use the least amount of government services of any group. Wealth redistribution will be catatstrophic.

Naturally, we don’t want to rank everything by wealth — but if we’re going to be scientific about our politics, we should pick strategies that work. Economics measures how well we are remaining productive and thus, how much our currency is worth. If our currency is devalued, we all suffer. We need to not backward rationalize, but think forward, and by that like a scientist or historian pick strategies that work, regardless of our emotional judgments about them (“not fair”,”elitist”).

The left is going to keep being passive aggressive and crying racism, but they’ve unleashed a torrent of resentment. Our middle classes — who are mostly white, but also contain members of other ethnic groups in their ranks — know what passive aggression is: it’s people who have nothing using that dispossession as a claim to the wealth of others. If we’re all equal, they say, the only reason we don’t have the wealth is chance, so you owe us some. But as anyone who has managed a mid-size business knows, if you don’t reward people for above-average behavior, expect only average behavior — with a lowest common denominator standard causing the definition of “average” to plunge.

That’s what happened to the Soviet Union, in post-revolutionary France and East Germany, as well as many other places. Plato in The Republic identifies a rebellion of drones and artisans as the trigger to a Libertarian-style revolt of the middle classes.

Luckily, the right is resisting:

Obama will go down in history as the face of unchecked liberalism. The cancer metastasized to the point where it could no longer be ignored.

Average Americans who have quietly gone about their lives, earning a paycheck, contributing to their favorite charities, going to high school football games on Friday night, spending their weekends at the beach or on hunting trips â€” they’ve gotten off the fence. They’ve woken up. There is a level of political activism in this country that we haven’t seen since the American Revolution, and Barack Obama has been the catalyst that has sparked a restructuring of the American political and social consciousness.

Think of the crap we’ve slowly learned to tolerate over the past 50 years as liberalism sought to re-structure the America that was the symbol of freedom and liberty to all the people of the world. Immigration laws were ignored on the basis of compassion. Welfare policies encouraged irresponsibility, the fracturing of families, and a cycle of generations of dependency. Debt was regarded as a tonic to lubricate the economy. Our children left school having been taught that they are exceptional and special, while great numbers of them cannot perform basic functions of mathematics and literacy. Legislators decided that people could not be trusted to defend their own homes, and stripped citizens of their rights to own firearms. Productive members of society have been penalized with a heavy burden of taxes in order to support legions of do-nothings who loll around, reveling in their addictions, obesity, indolence, ignorance and â€œdisabilities.â€ Criminals have been arrested and re-arrested, coddled and set free to pillage the citizenry yet again. Lawyers routinely extort fortunes from doctors, contractors and business people with dubious torts.

We slowly learned to tolerate these outrages, shaking our heads in disbelief, and we went on with our lives.

But Barack Obama has ripped the lid off a seething cauldron of dissatisfaction and unrest. Aspen Times

We have been busy, the middle classes, for the past sixty years. We have believed that if we take care of ourselves and our families, and contribute productivity and responsible behavior to our local communities, everything will turn out OK. But now we’re seeing that while we were busy, other people were busy too — agitating for a perceived moral superiority so they could effect a wealth transfer from the middle classes to the urban “artists” and urban poor.

That will be a disaster that kills the goose that laid the golden eggs — the US economy and its primary driver, the middle-class family. And whether or not people call us racist for resisting it, resisting is the right thing. The charge of racism isn’t an honest thought; it’s a backward-rationalization by those who want entitlements and are going to claim moral superiority in order to get them, claiming they’re protecting those who face discrimination.

While the Republicans need to find more of a strategy than just saying NO, meaning they also need a positive goal they want us all to achieve, the socialist crusade in America has triggered a wonderful backlash. People are thinking about these issues again. They’re looking at history, looking at the results of the socialist experiment elsewhere, and despite its popularity with the young, the poor and the artistic, are asking themselves if it’s a good practical idea.

The answer is obviously NO, and so we’re laying the groundwork for the next generation of American politics: the middle classes versus the entitlements crowd. It’s going to be exciting to watch.

The future of the Republican party | Why New Right? Part One