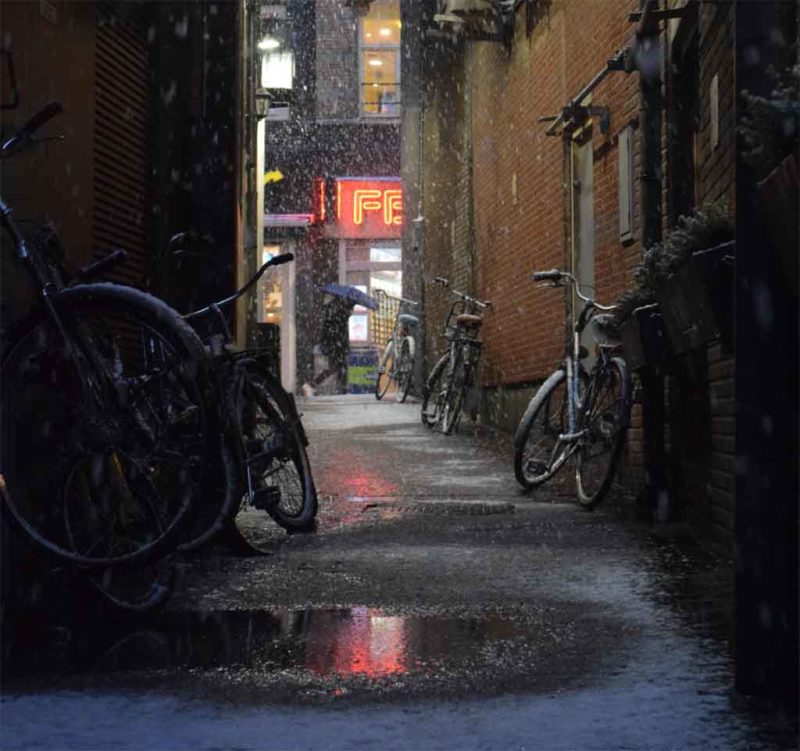 As we do the postmortem on the failure of Western Civilization, eventually people will zero in on the cause of modernity and our decline: equality. If they read history widely, they will see that equality kills all civilizations because it is the mechanism of caste revolt.

You are programmed and indoctrinated to be unable to recognize the truth of this statement because you have been conditioned to be obedient to egalitarianism, since you live in a time where egalitarianism is the dominant paradigm. Saying that people are unequal is like telling a rice-growing culture that grain is bad.

From this conditioning, white people have a vast sense of class guilt. Not just if they are from the upper classes, which really begins with the middle class people who can come up with a few Benjamins to rub together, but for being white and worse, Western European.

If you are Western European, you are on top of the world class pile. Your ancestors encountered a rough land, less naturally wealthy than the fields of Asia and Africa, and made it into the civilization that conquered the rest of the world. They did this through a simple principle: insisting on what was true instead of what was convenient.

Naturally, the most class guilt is directed at Western Europeans. Mixed-white groups see us as wealthy and entitled, weak and obese, while non-white groups read history and see us as the conquerors who must be defeated in order for the third world to feel safe in its perpetual mediocrity.

Within Western Europeans, we get class guilt from those who have nothing. In their view, this situation never occurs because of their choices or their lack of natural ability, but in a realistic analysis, that is almost always why it occurs. There is a reality disconnect here.

If you live in a nice place, where the cops keep order and the railways work, and there are products in the store and people are generally intelligent, you are presumed to be “fortunate.” We make this assumption because we are trying to conceal the fact that you are not fortunate, but likely more intelligent.

You either have the smart on top oppressing the rest, or the rest will oppress the best and your civilization will die of incompetence… much as the West is currently doing.

Equality is their way of striking at the differential in intelligence. If we insist that everyone is equal, then we inherently deny the idea that some are smarter than others, which since we know that more intelligence usually equals better results, forces us to realize that a hierarchy is necessary.

In fact, what we really need is a social order: customs to keep us behaving in a way that not just avoids the bad but orients toward the good, a sense of purpose and the transcendent so we reach for something outside of ourselves, a strong group identity to promote loyalty and honor, and a caste system where the smartest and best are on top.

Most of the world is suffering because they are less competent than the Western Europeans. Amazingly, the West did not have to be vastly more competent, only consistent about the idea of quality > quantity that caused them to prize truthfulness, intelligence, and moral goodness over personal convenience.

Consider the East: face-saving culture dominates their society, which is a form of personal convenience. Or in Africa or the Middle East: personal importance in a hierarchy of sinecures defines social role, so personal convenience wins out. Even the new world is like this. Individualism defines the third world and is responsible for its plight.

No one wants to hear this because it amounts to telling people that if they are starving, the answer is to stop doing stupid things and improve their method only marginally. That really is all it takes: social organization, hygiene, systematic behavior, qualitative focus, that sort of thing. It is really not difficult.

Most people we encounter in the modern West are idiots, but the third world is even dumber. People are just oblivious to things. Not all of them; there are some who see the difference and could easily be vastly more effective if put in charge. That would offend the pretense of the crowd that they are all equal.

If you wonder why people get burned with tires as witch doctors or shot for disloyalty across most of the world, the answer can be found in this human tendency. They rose above the herd. That offended the herd. The herd retaliated, which enabled it to continue to be mediocre.

In the West, maybe one out of one hundred people really has any intelligence. Among such people, intelligence is defined as breadth of awareness and applies to the ability to recognize complex situations without discrete and finite answers, and without using some pre-determined rubric, to find an optimum response.

This skill — the basis of leadership, philosophy, and art but not business or technology — provides the basis for everything that went right with the West. Someone with this skill can orient a society toward more effective behaviors, leaving behind the subsistence-level cribbing that the rest of the world insists on doing.

Intelligence forms a range which conforms to the bell curve or “normal distribution.” At the far left are the biologically stupid, in the middle are the dangerous people who might or might not know much, and at the far right are the people who range from clever to intelligent.

Cleverness is a dangerous situation; it means they are a smart sort of stupid, a sophomoric intelligence, bright enough to be above the grazing herd but not really aware of much other than a narrow range of function. The clever naturally oppose the intelligent because the clever cannot see what the intelligent see.

If intelligence is the ability to see broadly, the clever are capable of seeing only within the narrow range of material existence and human social operations. They can operate planes, program computers, write law, and so on, but they lack the intelligence required to have the skill which is the basis of leadership.

Those who have this skill tend to see the world as having goodness. They also tend to reject the concept of the world having an innate order that is absolute and applies universally to all humans, because they realize that understanding the world is a choice, just like choosing to find food, build shelter, and survive.

Clever people lack this understanding. They do not see the bright light suffusing all of reality; instead, they see a need to impose “superior human understanding” (cleverness) upon nature and others, and are amazed and confused when their simplistic plans turn out badly. They are aware, but just not aware enough.

Generally, caste revolt happens when the clever hook up with the peasants or “drones” as Plato calls them, and these unite on the idea of equality so that they can overthrow their leaders. The clever want to rule where the intelligent did, and the drones want no rules so that they can behave badly and not face consequences for it.

Caste revolt eventually leads to importing foreigners, first ethnic and then racial, to displace the majority, just as the drones were used to displace the natural leaders.

Our society considers it unsociable and heretical to notice that people are not equal. Our assumption is that what distinguishes one from the others is “working hard,” but in reality, those who lack intelligence cannot do many tasks no matter how hard they work. Only the intelligent can and, unless broken, they can apply themselves there.

We live in an age that denies all of these truths. Like drug addicts, we chase after the need of equality because only more of it will make us feel good about ourselves. It makes us crazy, but we need it. And so the cycle churns onward, with each of our new hopes making us worse off, but we are unable to stop ourselves…

If our civilization is to survive, it must get over class guilt. This starts with us as individuals: we need to stop feeling guilty for being above others because our ancestors made better decisions, and in place of that guilt, we need to start making better decisions because that benefits everyone.

The herd will tear down the witch doctor who rises above the rest, when really what they should be doing is emulating him. The West can never rise too high because we are giving the world a blueprint to emulate for success and a source of inspiration at human achievement. It may take them centuries, but our path has always been open to them, too.

If you want to overcome your personal class guilt, just take any entry-level or minimum wage position. Then look at your coworkers. You will find that most of the time, they are busy being inefficient, distracting themselves, stealing, lazing, and otherwise missing the big point.

The big point of any job is not to “work hard,” but to achieve results. The rest of the time you can do whatever you want. If your job is to make the burgers, the sooner you do it correctly, the sooner you are off to do something else. Most procrastinate and half-ass the process, and so end up re-doing it or failing at it instead.

You can even apply this to fairly high-level jobs at this point. In our shop, out of a dozen programmers, there will be two who are focused on task in terms of results and not process. The rest are essentially going through the motions, which dooms them to doing “bulk work” like writing drivers or fixing bugs.

Now zoom the lens out to our society. Most people are just attending jobs and half-assing them. They are oblivious to results, but pay careful attention to process because that is what they are paid for. As a result, they are good for bulk work and terrible at making decisions. This is why CEOs get paid so much: they are (supposedly) exceptions.

Now zoom the lens out to the world at large. Most of humanity is just half-assing its way through whatever they think the procedure is. If their neighbor subsistence farms, so do they! If he buys a BMW, so do they! There is no active thought involved, only reacting to what they find before them.

We can fix the West any moment that we decide to. It involves making good decisions again. This begins with doing away with class guilt and our obsession with equality, and replacing them with a desire to do tasks right. Quality over quantity; always aim for excellence. Those behaviors made the West great, once upon a time.

Citizens Of Democracy Exist In Perpetual “Satanic Panic” | Where The Right And Left Differ: Standards