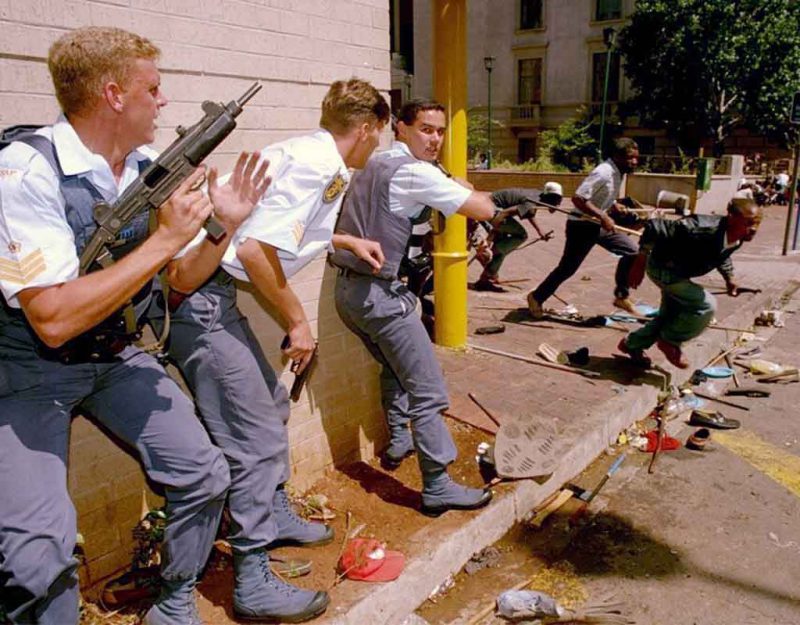 It turns out that Ashli Babbitt was shot by an affirmative action police officer who pulled the race card in order to justify the shooting:

Byrd told Holt: “They talked about killing me, cutting off my head.

“Very vicious and cruel things. There were some racist attacks as well.

“It’s all disheartening because I know I was doing my job.”

We know that Lt. Michael Byrd is an affirmative action hire because he suffers no demotions for incidents that would lead to demotion for a White guy, such as leaving a gun in a public bathroom:

In February 2019, Lt. Byrd was investigated for leaving his department-issued Glock-22 firearm unattended in a restroom on the House side of the Capitol, even though the potent weapon, which fires .40-caliber rounds, has no manual safety to prevent unintended firing. Fortunately, the abandoned gun was discovered by another officer during a routine security sweep. A Glock-22 was used in the Babbitt shooting.

Any time you see the pattern of a minority person being promoted beyond their natural level of ability, as his panic-shooting indicates he was, and protected from the consequences of their actions, you are looking at an affirmative action case.

This policy is unfair to both minorities and the majority since it merely perpetuates the unjust system of diversity, and casts doubt upon minority competence while allowing minorities to act out grievances against Whites using bureaucratic power.

In this case, Ashli Babbitt presents a mixed bag. Although the cops let the protesters into the Capitol, it is pretty clear that being in unauthorized areas can lead to bad consequences. On the other hand, shooting unarmed protesters is generally regarded as a sign of a dying despotic dictatorship.

Diversity destroyed America, and diversity continues to consume the corpse. Only by ending diversity — through reparations-with-repatriation of all non-WASPs — can America have a future.

What “Big Idea” Do Conservatives Have? | Nihilism (#1)