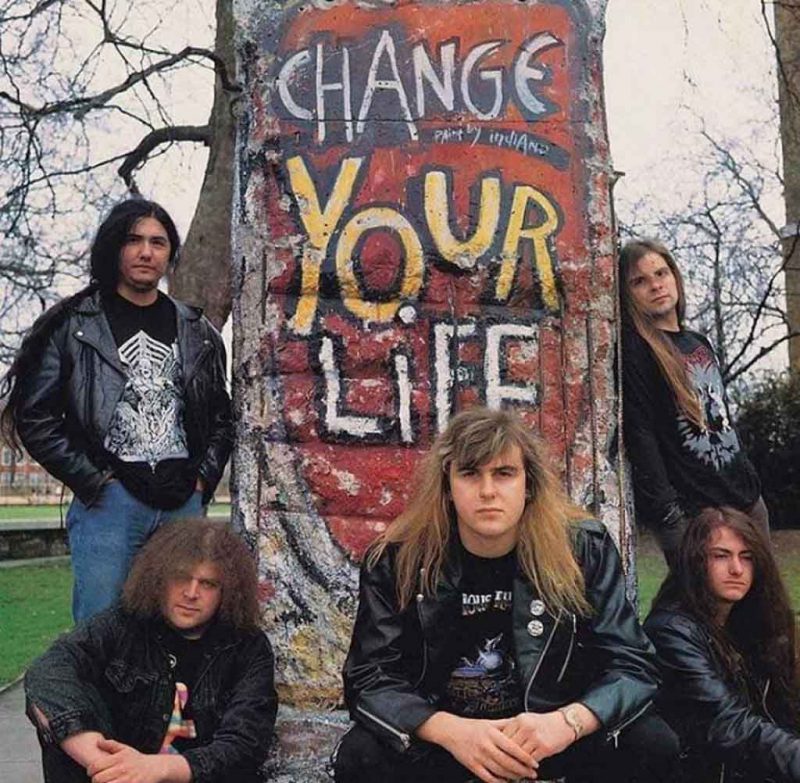 Nihilism confuses its audience because it takes the form of an anti-ideology to most people: a belief in nothing. Then again, belief in nothing is not just an ideology in itself, but something we all affirm.

These seem universal, among other human mental tics and traits, because for us to process thoughts we need ones and zeroes just like a computer, but they take the form of extremes: nothingness, infinity; goodness, and badness that we must destroy.

To get to the root of nihilism we have to look at its most basic definition:

In this context, we have to assume that this means universal values, knowledge, and communication, since the individual has some form of those at least within his or her own noggin.

When we say all values are baseless, we are saying that all values are human choices, more aesthetics than “objective” science. Most of life is a mystery; at some level, one must simply choose based on heuristics and then refine that knowledge later.

This nihilism rejects dualism, or the idea that there is a world of pure answers and absolutely correct truth, values, and communication that applies universally, or to all equally. Dualism reflects a belief in equality, which in turn reflects an ignorance of the specializations of others, which implies a fundamental solipsism.

Without dualism, we can also do away with pluralism, or the idea that many different ideas can be simultaneously correct; we have tossed out correct, and replaced it with the notion that some things work for some people at some times, and these people may have no idea what those things are. In fact, that type of mental disconnect is the norm.

With pluralism gone, we no longer need egalitarianism, or the notion of equality. Instead we merely have a landscape of conflict in which ideas and people struggle for supremacy.

This in turn abolishes the symbolic nature of ideology itself, since we now see symbols as weapons, not truth-objects in themselves. This in turn reveals to us the nature of Leftism.

Conservatives attempt to treat Leftism as if it were a serious argument when they need to view it as (a) a pathology and (b) a behavior based in justifications, meaning that its secret is that it has no goal except the method of seizing power.

Leftism is a pathology because it exploits the sunk-cost fallacy and displacement of the ensuing problems. A Leftist, typically, is an inflexible person who cannot change his own behavior, therefore finds himself ill-adapted to his environment and things go wrong. At this point, he could change… but he sees how important his identity is to him socially, and repudiating that makes him look weak, so he doubles down. Since he cannot blame himself, the list of things to possibly blame includes everything but himself, and from it he selects a scapegoat — usually the rich, the powerful, the alien, or the odd — and attacks them.

People think of ideologies as arguments, or collections of reasons that point to a certain conclusion, instead of pathologies. We assume rationality on the part of those making the argument, instead of looking at what they might be deflecting from, hiding, and re-framing so that defeats appear as victories. Ideologies hide the ball by concealing human psychological trauma and lashing out as some kind of altruistic or at least future-oriented belief system, when in fact they are designed to conceal the actual belief system, which is not formed of rational notions, but consists of defending their current behavior against accusations of being anti-social.

We call this “hiding the ball” because the name of the game is to keep you looking at fireworks of the verbal kind while the real action goes on behind the scenes. A nihilist rejects the idea of universal communication or truths, which gives us an insight into ideology: it works not by communicating what it is, or a truth shared between people, but produces an image in the mind of those listening which is useful because it is vague.

The best advertisement makes no promise that can be disproved, but instead conveys the basic idea that this product will complete your life and bring happiness. Instead of doing the hard work of figuring out what you need, and then seeking something out there which fills that role, products offer a solution to a problem that you did not know you had, in the assumption that — since we are all equal! — whatever works for someone else will work for you, without context or recognition of your unique needs.

This tells us something disturbingly important: almost all ideology takes the form of a mild psychosis, accelerating over time. Ideology represents a disconnect between actual thinking and image, using the latter to obstruct and eliminate the former. In this way, ideology replaces concerns about reality and thinking in a logical sense (most say “rational” but this is inexact). It separates the individual from thinking about cause and effect in reality, and instead directs them into a social pose which rationalizes (justifies, excuses, explains) their behavior as good.

In a game theory sense, ideology functions in three roles:

In short, ideology serves as an argument only in the reactive sense of giving people reasons why they should misbehave and not be punished for it. Not surprisingly, most ideologies involve taking what others have and redistributing it for the “good of humanity.”

With this transfer of the question from honest leadership, or looking toward what we as a civilization and species need to do to survive well in the long term, to a little fake reality comprised of symbols for emotional needs, we move from a reality-based society to a socially-controlled one.

This is primarily what ideology does. It transforms a civilization oriented toward understanding its world into a utilitarian one, where whatever most people seem to approve of becomes the new Official Truth,™ whatever symbols and words seem to offend no one become the Official Language,™ and whatever allows temporary coexistence and keeping the system afloat — conserving the immediate status quo, ignoring continuity of origins to future — becomes the Official Values,™ a standard which quickly resembles denialism, narcissism, and radical seeking of personal wealth, power, and status at the expense of others, nature, and God/gods.

If we were thinking clearly, the primary questions of civilization would be “Are you sane?” and “What is real?”

We are a new species, all things told, and barely into the process of understanding how we must look at our world. Monarchy worked, and tradition worked, but few could see the benefits conveyed to them by living in stable and healthy civilizations. Like all things modern, the transition involved liberalizing rules and making the process of society “cheaper” through externalized cost, but now we see how those externalized costs — including the vast waste pool of bad genetics produced — will overwhelm civilization itself.

Our religions tell us to look for evil rising from the depths in fire like a symbol come to life, but in reality, evil means the cascade of bungles that happen with error. We err; we go into denial; we conceal the error; then, to justify our current position, we become dedicated to error and concealment, and obscure reality. That makes us agents against all good.

It turns out that human downfall comes from the mundane and not the exotic. Yes, we face threats from invading Muslims and Mongols, but those problems are easy to figure out: fight back (then, the only question is the method of our resistance and counter-attack). But what about everyday insanity, especially that which becomes accepted?

When we adopt insanity by becoming an ideological society, or one dedicated to a symbolic goal, all of our efforts become designed to externalize our problems, both passing the mess on to others, and finding some external force to blame. That way, we as individuals face no need to change, or alter our solipsistic thinking in order to accept reality as it is instead of simply asserting what we want it to be.

As part of this externalization, we demand equality: that society do for us what we cannot do for ourselves without some work, namely become content with who we are; egalitarianism validates everyone, and in doing so, destroys the value of that validation, but this never occurs to those who thirst for it. To them, it simply means that they can do what they want, and never be ranked lower for having been in denial of reality, despite acceptance of reality being central to our collective and individual survival both.

This however creates a comfortable mental environment, which makes sense when we consider ideology a pathology and not a logical argument. It gives people something to blame for their failings (inequality) and something to strive for that will make everything better (equality). It also gives their lives meaning, since they finally have a goal, and so in a society made empty by the death of culture, they feel that they have a place.

Ideology confuses method and goal as part of its one-dimensional symbolic and categorical approach. This means that only method remains: work toward equality, since equality is the goal, and the quest never stops. The circularity of this approach makes egalitarianism simple and addictive, since it is never enough and the only solution is to find more.

This may be its greatest evil. Instead of having a goal, we replace the notion of a goal with circular repetition, causing us to stop striving toward civilization and instead to drop out of reality into this little navel-gazing loop.

Generally, ideology consists of justifying the costs imposed upon us by civilization so that we rationalize those costs as good by pretending that we get some benefit from them beyond the real. When, for example, a passing car drops a stone that nicks our windshield, we are trained to think, “Oh well, just the cost of living in a free society, I guess.” The same same soon applies to criminality, homelessness, vandalism, corruption, promiscuity, crass commercialism, and loss of culture. We write it all off as a sunk cost.

When a civilization is health, it has purpose. When it does not, the headless method carries on until it takes over everything, administered by a committee because no single person any longer has the authority to make the aesthetically-based and semi-arbitrary decisions required for leadership. Method dominates first as a way of perpetuating the good fortune of the past, and later from the assumption that nothing will change, it becomes a pathology of putting out fires, avoiding risks, and taking care of the wounded. From that comes egalitarianism.

All of this arises from the fundamental solipsism of the human mind. We conjure a sort of dualism, where what goes on in the realist sphere is not good but something like evil, however what we intend — goodwill toward others, social feelings like approval, and universal benevolence — is good therefore cannot be rejected. For this reason, we encode it into a method, and it becomes an equally headless ideology, expanding for its own conquest and dominating, any conjectured benefits long forgotten.