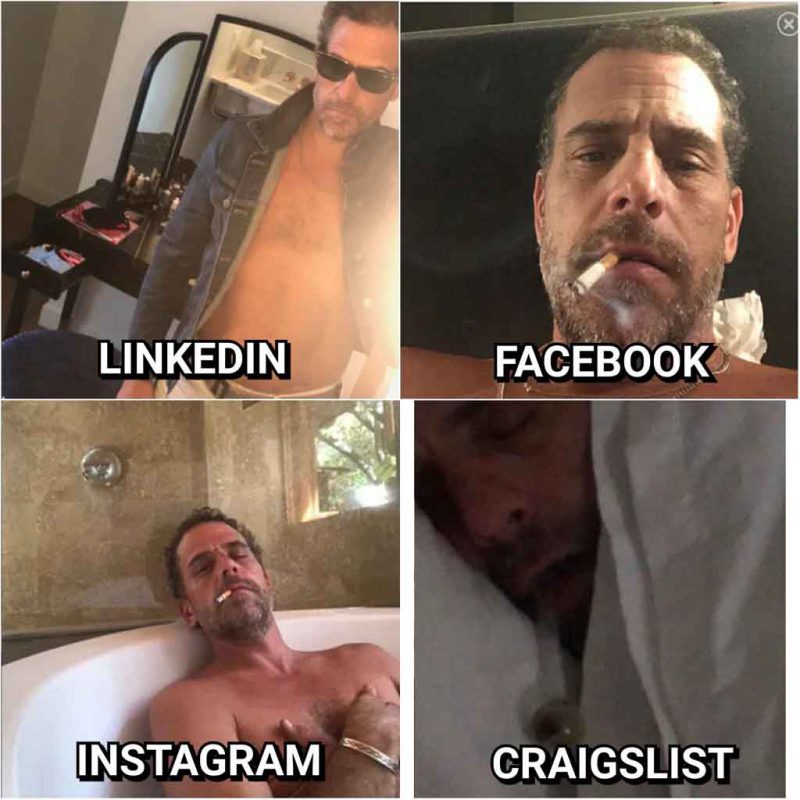 Despite a massive media blitz, attempts to impeach and remove, endless accusations, harassment, and legal drama over non-events like partial tax returns, the Left continues its jihad to try to terrify the average American voter into choosing Joe Biden.

Their message is simple: things were going well before Trump came along, and now there is all sorts of chaos, so if you want some peace and quiet again, vote for Obama II and we will make it all go away.

Some signs indicate that this is working. Early voting shows tremendous participation. People seem to be repeating the messages that come across their television screens and Twitter feeds. A huge group of people have formed a big circle where they repeat anti-Trump mantras.

Underneath the surface, however, we can see that things are not well. No one in a position of strength has to use this much subterfuge; no one who really has something to offer requires this much promotion, especially from the compliant media, to make their point.

Good candidates pop out. They have not ideas but plans, meaning that they have identified a method of achieving what they claim they can achieve. They do not need any kind of mysticism or flash to present this; it stands on its own.

Trump offered us a simple notion, which was that America once functioned and now does not, and the reason is the high regulations, taxes, government bureaucracy, and immigration imposed by the Left. He fused the Tea Party with social conservatism and noticing of demographic replacement, and put together a winning platform.

The Left find themselves in trouble because their platform consists of only half of the approach Trump takes. They think Trump is bad, and in his place they offer… well, back to whatever we were doing before. Except that, pre-COVID-19, things were going pretty well and America could breathe again. The place felt relaxed and ambitious.

They can tell us that they want no Trump, and that they think things were better in the past, but nothing more than that. Other than intensifying the gift-giving of tax money from the past, they have not only no new ideas, but no plan. They just hope that things work by conforming to the previous inertia.

Now, with a new October Surprise, an entirely new magic has appeared. The release of Hunter Biden emails has split reality in two. Half of America thinks that they are fraudulent concoctions and lies, but the other half believes that these emails reveal just a small part of what the Left has been doing.

Even more, it gives us grounds to criticize the entire media enterprise. While the Left and its press lapdogs were going on about Russia supporting Trump, it turns out that China was funding the Left and the riots in our cities while lying about COVID-19 in order to get the rest of the world to lay its economies down so China could take over.

While the Bidenites and Clintonistas were talking about Stormy Daniels, emoluments, profiteering, taxes, grab-’em-by-the-you-know-what, and other distractions, their employees were further wrecking the country. It turns out that Obama promoted and installed only people who thought like him at every level of government, and they are parasites.

As a result, we have a clear choice this election. We vote Trump, or we let China take over what is left of the USA. With Trump, we have a fighting chance; without him, we face a long slow decline into Communism. However, half of the country wants this merely because they are so focused on hurting those who have what they do not that they consider nothing else. Envy is a sin for a reason.

Voting for Biden, or perhaps we should say not getting out there to vote for Trump, means that we get more of Obama: a country ashamed of itself, awash in guilt, existing basically to pay taxes for programs designed to write historical wrongs, while the world praises us for being such effete wimps since that way they do not have to compete with us.

Zoom out and look at the bigger picture. Since 1945, Leftism has dominated in the West, and for two centuries before that at least, it was steadily gaining ground. The Left now has had the power for some time to make all of their dreams come true, except that those turned out to be nightmares.

The vitriol and censorship — as Twitter, Facebook, and other media giants suppress the Hunter Biden emails story — that we see coming out of the Left is not a vital competitive spirit, but the defensive rage of those who realize that their grand plans have failed yet again just as they did in Cuba, Venezuela, and Russia.

They just about had the door slammed shut with demographic replacement, Chinese takeover of industry, and a deep state which was steadily discriminating against conservatives while the SJWs in media and Big Tech deplatformed them. They delighted in ruining lives, including mine when I was doxxed back in 1997.

They were within inches of total control… and then along came Nigel Farage and Donald Trump, telling us that there was life outside of the System. Just like people living under Soviet Communism, we say a new dawn where we could have a life without having to obey the unrealistic and therefore failing ideological demands of a dying State.

They hope that by bullying us with four months of violent race riots, destroying our economies with useless shutdowns, using their media blitz to insert lies over truth, and letting Leftists off the hook while Rightists go to jail, they can fake us out and scare us into supporting more lies.

And yet we still have hope, and this enrages them because it means that the arc of history has swung against them. They are obsolete, ancient, failed, and laughably out-of-touch. They are tone deaf, blind to reality, wrapped up in their narcissistic worlds. They are everything we hate about humanity, hidden behind posturing of grandiose altruism.

Twitter and Facebook censoring the Hunter Biden story does more than enrage us; it shows us that we are winning. No obvious lie needs to be censored and deplatformed like this. They are afraid. They sense that they have failed and, as a result, the window of history is slamming on them.

They want to insist that “we cannot go back” to the world as it was before Clinton, Bush, and Obama trashed it; obviously, that is not true, because they are telling us this instead of it being obvious. With humans, whatever they tell you generally serves to conceal what they fear is actually true, and they are trying to con you into forgetting that you have another option other than what they offer, just like those snake oil salesmen from years ago.

The fact is, we can go back, but not everyone can come with us. The Left, China, and organized crime will lose bigly with a Trump win. They will fade away into history, since he will succeed brilliantly. Leftism itself, and its tools like equality and liberal democracy, will go into decline. This terrifies them.

Not all of us can go back. Leftists will have to be relocated to Venezuela, most likely. Parasitic bureaucrats will lose their jobs. Criminals will be prosecuted. But in the end, we will get an America more like that of the 1980s, heading back toward the 1950s, and before that to the saner days before our Civil War, when an agrarian economy and meritocratic society ruled the land.

We are realizing that we have been Bidened many times over the years. Everything these people say about history is a lie; everything they tell us is impossible is in fact possible, but they fear us doing it.

Let’s keep them living in fear, and push back against the decay and loss of hope, and instead aspire to having a great and rising nation. We do not need Leftism; Leftism needs us as its patsies, saps, and tax cash cows. But without it, we do just fine, and in fact, have more prosperity, freedom, and sanity.

They have split the country by demanding that everyone who is obedient and conformist to the “good side” insist that these emails are fake. In doing so, they have revealed just how tenuous their position is, and how much we are just one small push away from being done with them forever.

If You Hate the Leaders, Then They Own You | Modernity Cannot Be Rebutted On Sensual Terms