by Jonathan Peter Wilkinson on October 15, 2020 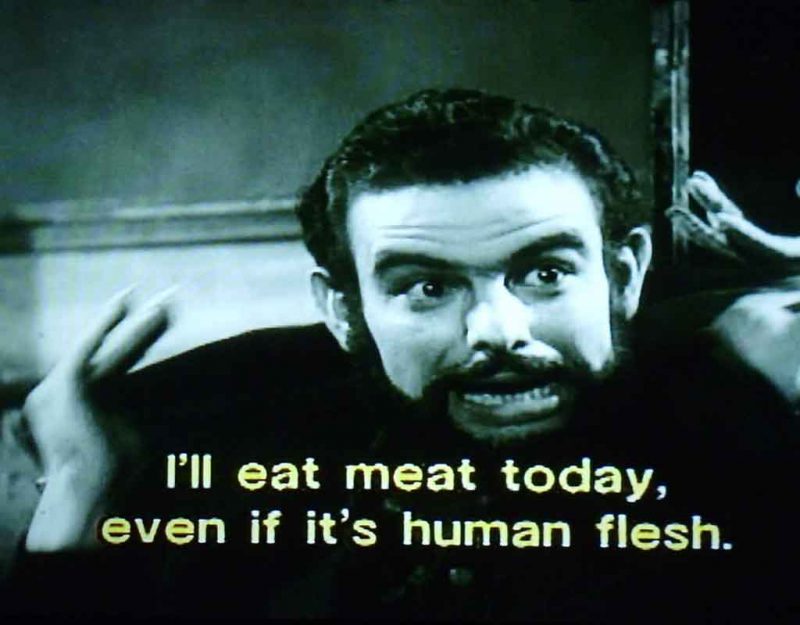 Modernity’s discontents are a profoundly unifying set of axioms for the otherwise diverse and dispersed Dissident Right. Everyone from Moldbug to Occidental Dissent has at least a partially valid gripe and distrust to what Modernism has done to Amerika. Here at Amerika.org, snorting Garrett Hardin’s The Tragedy of The Commons is a time-honored, non-ecocide alternative to China White Heroin.

Suffice it to say that the perverse and perverted version of progress being bruited as intellectual opinion these days has left many more reflective individuals behind. Once you’ve taken a Red or Black Pill, you don’t go into marathon training to ever catch back up. Much of the stuff we are told to worship as cool will probably make you a lot more likely to assume room temperature before your time.

So Modernity is indefensible garbage that needs to be treated aggressively with chemotherapy. Amirite? Well… perhaps it isn’t that cut and dried. When progress is completely bundled, it can be masterfully defended the way The English Marcher Castles laid every aspiration of the old Scots and Welsh to nines.

Roots of Progress offers us a riposte that puts the rapier directly athwart all those who pine to get rid of wholly-integrated modernity. The concept of industrial literacy is perhaps as addictive a white pill as good, old OxyContin.

That the food you eat is grown using synthetic fertilizers, and that this is needed for agricultural productivity, because all soil loses its fertility naturally over time if it is not deliberately replenished. That before we had modern agriculture, more than half the workforce had to labor on farms, just to feed the other half. That if synthetic fertilizer was suddenly lost, a mass famine would ensue and billions would starve.

Here we start right off on the preempted categories that are a propagandist’s best friends. Accept what Derek Parfitt termed The Repugnant Conclusion, and you start playing Hedonistic games with what an ideal population would be. To a follower of Parfitt’s Repugnant Conclusion, you add until you hit a marginal utility per individual <= 0. The world, by implication; should add people until it can’t. Because it can.

The Dorm Hall fertilizer flinging competition can be won by redefining what gives a person utility. Do you want fifty new Major League Baseball teams comprised of scrubs barely able to last fifty pitches or hit above The Mendoza Line? Or maybe instead you prefer the Bill Russell, Davey Lopes, and Steve Garvey double play performed as if these three were acrobats in a circus. The point being, from an aesthetic point of view; you should probably want fewer and better instead of every mediocre shrub that a doctor can record as a live birth.

Yet then the obvious riposte becomes what if that botched abortion was you? It’s tough one to blow off unless you just blow it all the hell off. “I guess we wouldn’t be having that sort of discussion in Governor Northam’s State of Virginia or with Barack Obama in the Illinois State Legislature.” You could perhaps reply. The Ancient Greeks exposed defective babies. Just how ready are we to concede that they had a point. Would they still have one in a setting with advanced medical technology?

That those same crops would not be able to feed us if they were not also protected from pests, who will ravage entire fields if given a chance. That whole regions used to see seasons where they would lose large swaths of their produce to swarms of insects, such as boll weevils attacking cotton plants in the American South, or the phylloxera devouring grapes in the vineyards of France. That before synthetic pesticides, farmers were forced to rely on much more toxic substances, such as compounds of arsenic.

OK. If you live in The Deep South, ya’ll are probably down with the bug spray. Roots of Progress doesn’t even get into the intestinal parasite load you’d hike through life with without Monsanto Cancer Juice as an alternative. Again, it’s easy to say God didn’t invent Round-Up. You could further extrapolate there is a blasphemy of sorts at work along with the agribusiness kill juices. Plenty of people who would never consent to being dragged into a Primitive Baptist Church will argue in favor of organic agriculture via similar strands of logic.

But that hits the same objection. It’s all a bunch of tickles and giggles until your precious kids skip meals after the resources run out. Modernity is reinforced via the same Catch-22. You can hate it all you want, but do you really want to risk the chance of not being here without it?

That before we had electricity and clean natural gas, people burned unrefined solid fuels in their homes—wood, coal, even dung (!)—to cook their food and to keep from freezing in winter. That these primitive fuels, dirty with contaminants, created toxic smoke: indoor air pollution. That indoor air pollution remains a problem today for 40% of the world population, who still rely on pre-industrial fuels.

So technology is again a proxy for progress. Without the progress, you lack the electrical power. Without the electrical power you lack the heating, AC, and clean indoor spaces to live the good life. This again ignores the spirit, the soul and the sense of the aesthetic. Modernity’s best defenses are personal sensuality. Do you really want to be in any part of Texas during August without an impressive barbican of bug spray and HVAC technology to defend yourself?

That before twentieth-century appliances, housework was a full-time job, which invariably fell on women. That each household would spend almost 60 hours a week on manual labor: hauling water from the well for drinking and cooking, and then carrying the dirty water outside again; sewing clothes by hand, since store-bought ones were too expensive for most families; laundering clothes in a basin, scrubbing laboriously by hand, then hanging them up to dry; cooking every meal from scratch. That the washing machine, clothes dryer, dishwasher, vacuum cleaner, and microwave are the equivalent of a full-time mechanical servant for every household.

You quickly get the point that progress in technology is synonymous with progress in women’s liberation. But not so fast. Modern women are now expected to either work or take the kids to tutoring and extra-curricular activities. The grocery store is so convenient that they can be expected to go there all the time. The obligations didn’t go away. Slaves are still slaves. They just have different tasks and less sympathetic masters than any decent husband would be.

That plastics are produced in enormous quantities because, for so many purposes—from food containers to electrical wire coatings to children’s toys—we need a material that is cheap, light, flexible, waterproof, and insulating, and that can easily be made in any shape and color (including transparent!) That before plastic, many of these applications used animal parts, such as ivory tusks, tortoise shells, or whale bone. That in such a world, those products were a luxury for a wealthy elite, instead of a commodity for the masses, and the animals that provided them were hunted to near extinction.

OK. They also kill animals, punch holes in your lungs, and make the human penis malfunction as an erectile organ. Set them on fire, and you get a bizarre atmosphere of toxic gases. Leave them outside a landfill and they make the countryside look hideous and disheveled. They also won’t politely bio-degrade and rot if you successfully inter them. There is no honesty to presenting plastics as a straight-up win rather than a careful trade-off.

The pro and con sides can go on infinitum. But it shouldn’t, if the goal here is to dissent enough to ever truly change us from the paradigm of perpetual Modernity. To argue whether Miracle X of technology is good or bad is to acknowledge the miraculous nature of X. Acknowledge that, and you’ll never rhetorically convince a believer in Scientism to believe otherwise.

William F. Buckley had maybe one golden moment as an actual Rightist. He told us well what happened to anyone arguing on preempted categories. They are doomed to defeat. Road teams in NFL Playoff games have a better chance than a debater that just accepts the opposition’s ground rules and assumptions. The debate is over before the debate begins.

So it goes if we ever debate whether progressive is good. We need to initially fight over what sort of good is really all that good for us. Measured in the right frame of reference, the agribusiness beef cattle make progress towards the funnel end of the abattoir before they get slaughtered.

Modernity that kills the human soul is spiritual evil of a kind with diabolism. Progress that deadens the aesthetic removes true feelings from our lives. Progress made our music go from Mozart to Rap Star Hip-Hop. Progress made art progress from Pieter Bruegel to Lucian Freud. Which world is more beautiful? Which is more god-like?

When discussing the modern, do not let good equal sensual. You don’t see spirituality if you focus on pure artifice and mechanism. You don’t see the angels with your eyes on street-level reality. The Modern will do way better at keeping you alive. We need to be asking whether we really get to live. To not ask this question is to accept the sensual, addictive river of deceit that is modernity.

October Surprises | Everything You “Know” Is Wrong