If You Hate the Leaders, Then They Own You

by Jonathan Peter Wilkinson on October 14, 2020 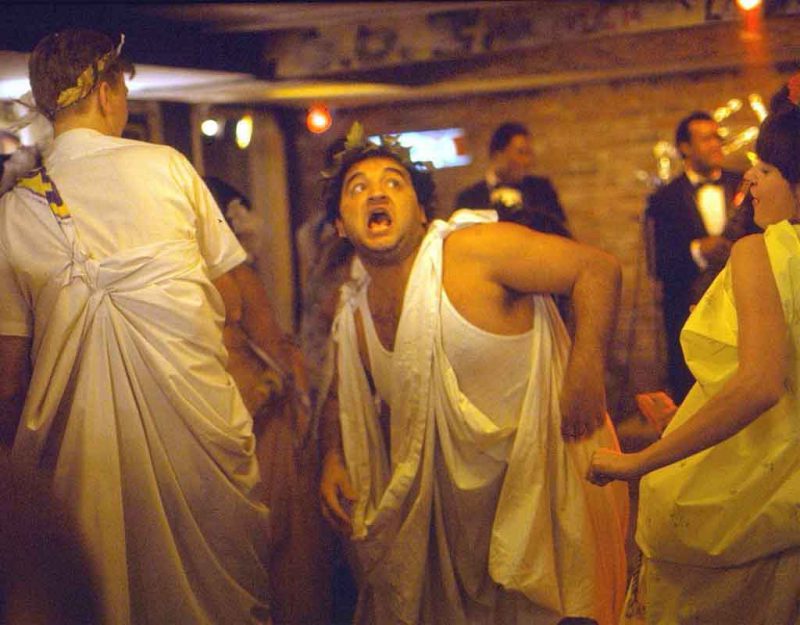 NPCs hate. It’s easier than thinking. If they are clever about it, then it gets them paid. It also inspires the same level of tired contempt that Blutarsky inspired from Dean Wormer in the movie Animal House. Unlike Blutarsky, the NPC is even more pathetic. Blutarsky, given enough shots of Everclear in his watermelon, would have died a free, disheveled man. The NPC? The NPC is a pathetic slave. Pathetic slaves hate – just like NPCs.

Wormer told Blutarsky. “Fat, drunk, and stupid is no way to go through life, son.” He probably had a point, but at least Blutarsky was free to choose two out of the three. What would Wormer say to any NPC that he had the guts to put on double-secret prohibition? Hateful, violent, and secretly despised is clearly no path to happy and fulfilling life. Even if they pay you to hate, a hater still basically sucks as a human being.

How hateful? It’s gotten this bad.

Republicans and Democrats’ top emotions vary dramatically. Republicans report being “sad” (55 percent) and “worried” (51 percent); Democrats are “indifferent” (41 percent) and “happy” (40 percent). The emotion with the largest partisan gap was sadness. While 55 percent of Republican voters said the emotion described how they’re feeling today, 24 percent of Democratic voters said the same. The second-largest gap, unsurprisingly, was happiness: 40 percent of Democrats reported being happy, while 14 percent of GOP voters agreed.

Yes, the NPCs are that pathetic. Gone is the concept of free men comprising a great and noble nation? They either miss Daddy or believe he is abusive. If they want a different daddy, they cheer when Donald Trump gets The Wuhan Wipeout. I read nothing in the US Constitution that proclaims we are voting for Daddy. It won’t be long before that implicit level of dhimmitude to our elected Kakistocracy gets formalized and more vigorously enforced.

If Amerika were still America, Trump could go to where people with orange skin and bad comb overs spend their afterlives without causing angst and panic. Too much power is centralized in the government. Too many people are depending on that ghastly bureaucratic apparatus to put the bland and fattening chili-mac on their tables. When somebody even begins to threaten that cheeburger some NPC has sold out their divinity for, the hatred is the only thing left they can respond with.

That threat to tangible, unearned subsistence, or even intangible, unearned self-image is what inspires 40% of Democrats in their happy dance over Trump’s infection. Congratulations losers. Oh, wait. About 36% of Amerika affiliates with the Democratic Party. So roughly 15% of 320 Million US citizens are so pathetically NPC that seeing an opposing political leader come down with an illness improves their day.

That’s almost 50 Million jacked-up individuals. The country ratified a 13th Amendment to eliminate involuntary servitude. Almost 50 Million people in our midst voluntarily waived that right. They are slaves to their ideology. Marxism, like Eli Whitney’s cotton gin; has made slavery a profitable and widespread Amerikan industry.

Once you are so beholden to your ideological state that you feel inclined to celebrate the healthcare problems of your political enemies; then they own you. They own you just as much as Simon Legree owned Uncle Tom. It was a measure of Joseph Stalin’s utter totalistic dominance when people around the globe cheered his passing. Is it an accurate measure of Amerikan governance when the faction out of power cheers for Coronavirus as it afflicts the man they believe to be their nemesis? As John Brown and Harriet Beecher Stowe both spin like centrifuges in their graves, it kind of makes you wonder if the right side won The Civil War.