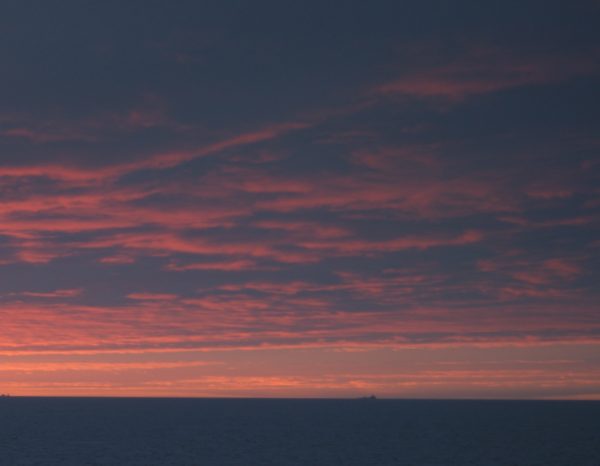 This simple question requires many answers: home may be a house, in a town or city, within a nation, as part of a civilization, during a certain time. All of those support structures are required before an individual can make a house into a “home,” a process too complex and nuanced to be trusted to men.

Civilization is important to humans because we depend on group collaboration to have more than the utter basics of life. And yet, we study it very little, in part because like most really big questions in life, it scares us into silence.

On the Right, we fight this battle to understand civilization through an issue that is currently shaping the discourse of the future. This battle is the conflict between nationalism, racialism and patriotism. These are easily understood:

At this point, those on the Right are learned to disregard patriotism. Mainstream conservatives essentially lulled themselves into a compliant stupor by focusing more on the government than the organic nation which was responsible for its success. Now that this group is under attack, many more are looking more seriously at the idea that genetics, not laws or finances, are the root of our future.

Many know something has gone wrong and that their people are under attack, but have no idea how to define who their people are because they no longer share a culture or customs, so they default to race. This is a good start, but it ends up removing focus on the nation, or the organic group created together from the same root, such as “Germans.”

As a result, we are seeing the next wave of thinking appear: a focus on specific groups instead of whole races. For example, American Nativists — those who think America should be Western European — have been separating not just from other races, but from Southern and Eastern Europeans, causing clusters in the New World which resemble the geography of the old.

In addition, other racial and ethnic groups are realizing that they, too, need a home. Until they live in a society which is created by them for people like them, with their rules and standards, protecting their values and culture, they are never truly at home. While this is more existential than practical, it touches on some of the most vital concerns that people have, even more than wealth or safety.

The result is that balkanization of the USA and EU will likely involve repatriation more than anything else. Liberal democracy is dying, and with it will go the social welfare programs. At that point, there is nothing for other groups here but conflict, and their homelands — which may be less affluent — will become more appealing.

People do not understand DNA. They treat it like an Excel spreadsheet, where on each line one gene corresponds to many traits. It is more like computer code, where each bit describes how to build a human being with proteins, which act both as building materials and instigators of the chemical reactions that change them. When you hear about how some group is 99% or 97% similar to another, stop and think: would you let someone insert enough code to be 1% of your operating system, into your computer, especially if it — for example — controlled your heart monitor in a hospital? You would be insane to do so; the differences between us seem small, but are vaster than anyone can count.

For this reason, our minds turn toward the tangible and immediately discernible. It is a good thing to be from a tribe that does not look like any others, tied to a specific place, in a society made by your people for your people with an eye toward existing for all eternity. This is the only way to have a home.

Modernity failed Europeans in this way. Our lands were taken over by an ideology, egalitarianism, that made them not dedicated to us and the organic living thing called culture and civilization to which we belong, but instead directed them toward that ideology. This created a new priesthood of ideologues who, being concerned only with that ideology, quickly destroyed our sense of well-being by making society into a mechanistic, neurotic, perverse, greedy/selfish, paranoid and pathological mess. Technology is not modernity; “me first” is modernity, and it always leads to chaos and misery.

This is why Europeans stopped reproducing. We do not have a home, no place for ourselves, and no somewhere where we really belong from now until the end of time. We are adrift, surrounded by bad options and cruel manipulators, but our fellow citizens are so stupid that they keep selecting these people and then patting themselves on the back for having done so! Perhaps is true that as Alfred Einstein reputedly said, “There are only two infinite things, the universe and human stupidity, and I am not sure about the former.”

Our stupidity has killed us. Our best, looking at this mess, checked out long ago and went to live lonely childless lives on meditative mountaintops or whatever equivalent they could find. Our sane and brilliant people abandoned technology, art and literature to glorified baristas who do not know how to use it without destroying good things. The talented fled leadership and official positions.

As it all spirals down into dust, we should ask ourselves whether we are ready to admit that life is made mostly of mystery, and what we can do best is to create a home for ourselves, and send other groups off to do the same, because this order is — existentially, spiritually, morally, mentally — best for everyone, and will result in a return of human thriving.