No One Wants To Admit It, But Criminality Is Genetic 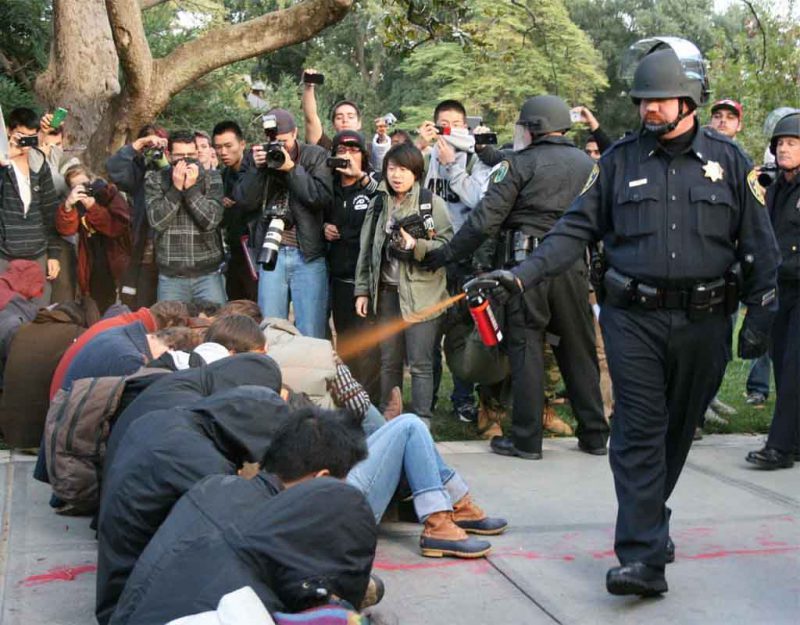 Arthur Schopenhauer took the lead among Western philosophers in seeing the wisdom of the rising theory of Darwinism. He wrote extensively about how traits are inherited, including personality traits, handwriting, and aesthetic proclivities.

Very few of us grasped at the time how much Darwinism destroys egalitarianism. Instead of being the masters of ourselves, we are bundles of genes which do what they do because so far they have survived through multiple generations by doing that.

Perhaps at the highest level of thought, when people have experienced self-actualization and ego-death to the degree of seeing the world as a whole and not simply something that they personally must react to, people can actually make decisions, but most are solely acting out genetic programming.

For egalitarianism, this presents a problem because it means that if you take someone, put him through the best of education and credentialing, indoctrinate him in your values and laws, and train him on the job, he will still default to how he is wired.

Not only will he do that in how he acts, but in how he interprets your rules. Your Constitution makes sense to you, but others will read it other ways, and this will invert its meaning. They will use it to legitimize what it was designed to prevent, and fail to do what it was meant to achieve.

If the “Red Pill” has a root, it consists of recognizing that people are biology and not rules, laws, social standards, conventions, or incentives. They act according to inner impulses, at least unless they have organized their minds such that they can resist the onslaught of feelings, urges, appetites, hormones, and fears.

A cynical view of the Left sees them as people who cannot rise above that standard, therefore are ruled by these things, which explains their childlike fixation on “fairness” and tendency to make fears into policy. People ruled by doubt become disorganized and revert to the “reptile brain” which takes over when conscious discernment cannot, and the Left’s fixation on revenge, fears, sex, money, and power suggests a reptile brain takeover.

One reason such people drift toward denial of genetics and Darwin could be that they fear they are in fact, flawed or insufficient in some way that is innate. They fear they are broken at a genetic level, and they may be correct.

The modern West has drifted so far along the path of Leftism that to say that genetic differences or defects (deleterious mutations) are responsible for poverty, criminality, insanity, and perversity meets with blank stares and outright opposition.

To chip away at that wall, let us consider the links between criminality — the state of being prone to commit crimes — and genetics. First, we should realize that criminal behavior is heritable:

The risk for all CB was significantly elevated in the adopted-away offspring of biological parents of which at least one had CB [odds ratio (OR) 1.5, 95% confidence interval (CI) 1.4–1.6] and in the biological full and half-siblings of CB adoptees (OR 1.4, 95% CI 1.2–1.6 and OR 1.3, 95% CI 1.2–1.3, respectively). A genetic risk index (including biological parental/sibling history of CB and alcohol abuse) and an environmental risk index (including adoptive parental and sibling CB and a history of adoptive parental divorce, death, and medical illness) both strongly predicted probability of CB. These genetic and environmental risk indices acted additively on adoptee risk for CB.

Not only is general criminality heritable, but a propensity for specific types of crimes are passed along the bloodline:

Specifically, we trace the history of behavioral genetics and show that 1) the Burt and Simons critique dates back 40 years and has been subject to a broad array of empirical investigations, 2) the violation of assumptions in twin models does not invalidate their results, and 3) Burt and Simons created a distorted and highly misleading portrait of behavioral genetics and those who use quantitative genetic approaches.

This makes sense, because general approaches to life and lifestyle are also heritable, which would include a life of crime or a tendency at least to steal as an evolutionary strategy:

And also fits with the realization that generally, behaviors and abilities are inherited which explains the similarity in behavioral profiles:

We report a meta-analysis of twin correlations and reported variance components for 17,804 traits from 2,748 publications including 14,558,903 partly dependent twin pairs, virtually all published twin studies of complex traits. Estimates of heritability cluster strongly within functional domains, and across all traits the reported heritability is 49%. For a majority (69%) of traits, the observed twin correlations are consistent with a simple and parsimonious model where twin resemblance is solely due to additive genetic variation. The data are inconsistent with substantial influences from shared environment or non-additive genetic variation.

This fits with a model of human genetic decay: populations evolve, but as they become civilized, they stop filtering out bad traits aggressively enough, and end up with an accumulation of deleterious mutations leading to antisocial behavior.

We cannot say such things out loud, at least without concealing them behind layers of scientific verbiage, but traditional wisdom proves true once again: breeding is everything. The good people produce good kids, and the bad people produce mostly disasters.

This could lead us to look at many modern populations as degraded versions of what once was a more functional group, and to see that the pathologies of the third world — for example — show what happens when deleterious conditions become normed instead of rejected, which would naturally happen when they become too numerous to remove.

Humans like to think that we are in power and in control of ourselves, but really, mother nature has the tiller, and when she tires of us, she will mutate us back downward into apes and try again for another intelligent species later.